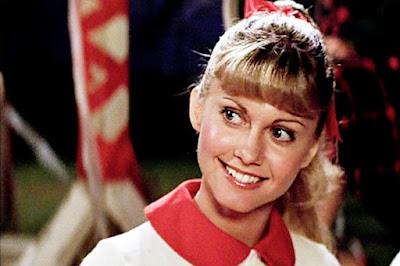 I was saddened to hear of the loss of Olivia Newton-John earlier this week. Thanks to her iconic performance as Sandy in Grease, Newton-John touched many, many hearts. In the evergreen classic film, Newton John was pure, cute and innocent, before transforming into a super cool temptress, sewn into skin tight black leggings. Travolta's face as Newton-John struts, purrs and dances in front of him during You're The One That I Want is a picture. He can't take his eyes off her - no acting required!

Dancin' Round & Round is taken from Olivia's 10th album, 1978's Totally Hot. Released the same year as Grease, it's no surprise to see that it only reached number 30 in the UK charts. The huge success of Grease (film & soundtrack) meant that Newton-John's life and priorities were transformed.

I'm not going to pretend to know a great deal about Newton-John's musical output. Outwith the songs from Grease and big hits like Physical and Xanadu, I didn't/don't know much at all. But my extremely limited knowledge was supplemented when Juliana Hatfield released a covers album in 2018. 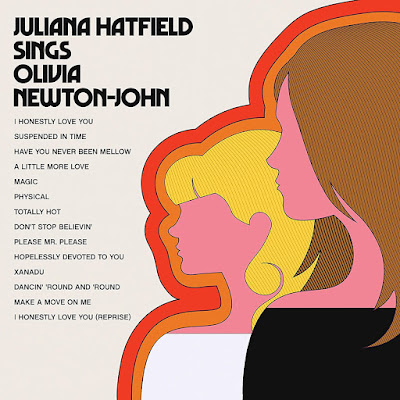 A couple of songs stood out for me, particularly Dancin' Round & Round. Hatfield and her band play and sing with a real zip and energy, turning Newton John's original country style ballad into a delicious fuzzy and scuzzy guitar pop gem.

If it tears me right in two

Cause I just can't stay

With a heart that's full of you 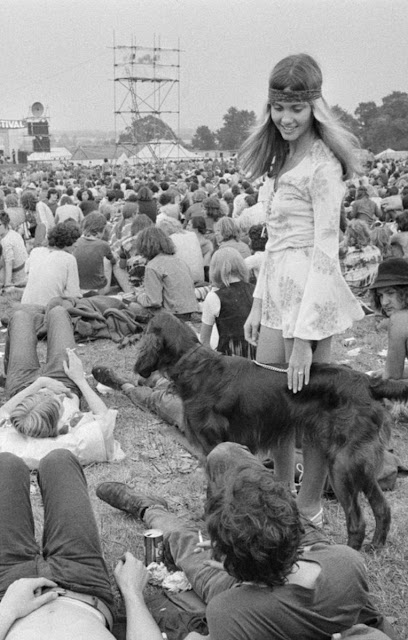 Olivia Newton John at a festival in 1970
Bob Stanley tweeted this photo of a pre fame ONJ looking effortlessly beautiful and cool
I love Juliana's injection of pace to the song, it really lifts it, at least for me, to a new level. The guitars are warm and flow with the vocal melody, Hatfield's voice sounds beautifully pure. Is she harmonising with herself at times? It sounds gorgeous. There is a lot of love in this recording and I love this quote from Juliana's Bandcamp page;
I have never not loved Olivia Newton-John.
Her music has brought me so much pure joy throughout my life.
I loved her when I was a child and I love her still...
Listening to her is an escape into a beautiful place.
This is an example of a cover version transforming an original. Newton-John's voice really aches from hurt, while Juliana sounds like she's going out to dance in defiance of her hurt, to prove she is over it, in belief that she is.
Juliana's covers album of Olivia Newton-John's songs is a shining example of one artist portraying a deep love for another. Enjoy.
I'll be dancing 'round and 'round
And I'll be satisfied if I can just hold my ground
And if he helps me to keep your memory down
I'll be dancing 'round and 'round

Dancin' Round & Round official video 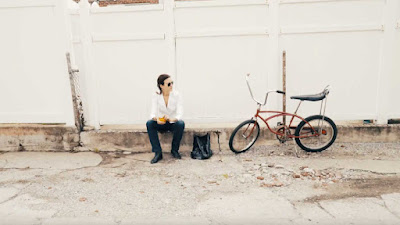