Cover version of the month #75 - Johnny Cash covers The Beatles.

Rubber Soul was the album where everything started to really change for The Beatles.

Help! had hinted at what was coming. Songs with the depth of Yesterday and Lennon's gut wrenching title song highlighted that the band were ready (if not beginning) to step away from Beatlemania. Rubber Soul was that first stride, then they broke into a run with Revolver and a sprint with Sgt Peppers.

The influence of pot had well and truly kicked in and The Beatles had also begun to experiment with LSD. The band were spending more time in the studio, money was no object and they were beginning to push and break boundaries with production, different instruments and sounds.

It's sometimes hard to fathom that Rubber Soul was released only 2.5 years after debut album Please Please Me which (other than the previously released singles) was famously recorded in one day on 11th February 1963.

The Beatles had a 'leisurely' month to record Rubber Soul and were in such a rich vein of form that they could release AA sided single Day Tripper & We Can Work It Out on the same day.

No wonder people constantly look back at The Beatles career. It was astonishing on so many levels!

Anyway, the purpose of this blog is to look at Lennon's In My Life from Rubber Soul. 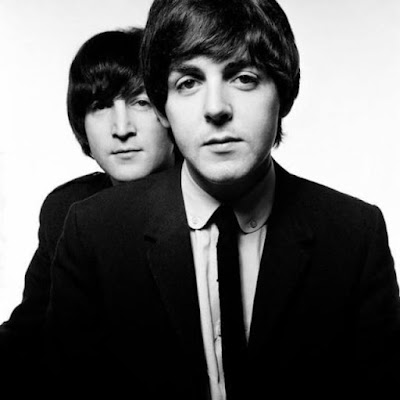 Lennon turned 25 in October 65, meaning he was only 24 when he wrote this truly brilliant song. The whole feel of In My Life benefits from George Martin playing piano that is made to sound like a harpsichord due to some production work with tape speeds. George Harrison's melodic and slow chiming guitar riff is instantly identifiable, McCartney's harmonies and oooohhhhh backing vocals are delightful, but the song is all about the lyrics.

In only 2-minutes 26 seconds Lennon goes deep; looking forward to his last day when he'll reflect, on places, lovers, friends and the special one. His Mum? Stuart Sutcliffe? Paul?

In My Life was definitely a Lennon original, but it became a true Lennon & McCartney co-write. Probably one of the last for a while! Lennon certainly acknowledged his friends help with harmonies and the middle eight, while Paul says that John wrote the lyrics and he wrote the music.

Either way, In My Life is a startlingly mature and reflective song and those qualities take on a whole new meaning when you hear Johnny Cash singing it in 2002 on his American IV - The Man Comes Around album. Cash would die the following year. The album was the last to be released in his lifetime. 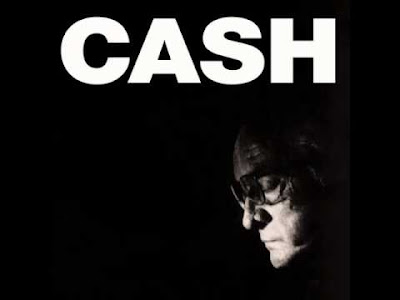 The opening riff is slower and then oh my, Cash's rich, soulful and aged voice comes in. It's a stop you in your tracks moment. You're hooked, it's like Cash is talking directly to you. Really directly. It's f**king beautiful.

Slowing the song down adds an extra 30-seconds on to it and every single millisecond aches with love, hurt, reflection and regret. The instrumental is dreamy and melancholic, then Cash is back in, sounding incredible.

This is the second time Cash has featured in my cover version of the month series of blogs (his famed version of Nine Inch Nails Hurt was cover of the month #13 back in June 2016) and it probably won't be the last.

Get your headphones on, pour a cuppa, a beer or a nice glass of red wine and listen to this. Stunning.

All previous cover version of the month blogs are listed below. To listen, search for Everything Flows Cool Cover Versions playlist on Spotify or CLICK HERE

There are places I'll remember

All my life, though some have changed

Some forever, not for better

Some have gone and some remain

All these places have their moments

With lovers and friends I still can recall

Some are dead and some are living

In my life, I've loved them all

But of all these friends and lovers

There is no-one compares with you

And these memories lose their meaning

When I think of love as something new

For people and things that went before

I know I'll often stop and think about them

In my life, I love you more

For people and things that went before

I know I'll often stop and think about them

In my life, I love you more