He's Gonna Step On You Again

Cover version of the month #74 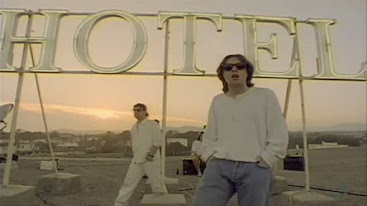 In the hazy spring of 1990, Happy Mondays released Step On, a single that just seemed absolutely perfect for the musical landscape across the UK, a country still basking in the aftermath of the Second Summer of Love (which really went on for 3 summers 1988 - 1990).

Shaun Ryder was literally on a giant E in the video, Manc photographer Kevin Cummins captured him in full flight for the cover of the NME, a stunning shot, with Ryder's grin highlighting that he was in on the mischief.

Step On was the start of a huge 2-years for The Mondays, thanks to the release of their iconic Pills, Thrills & Bellyaches album that was released in November 1990. What an album to brighten up winter! Kinky Afro was another huge single from the LP, that and Step On both reached number 5 in the charts. 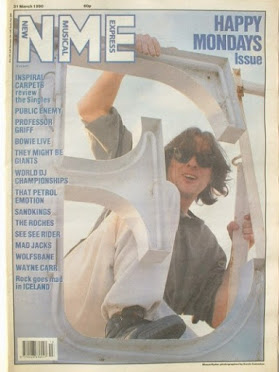 It was decades down the line when I learned that Step On was actually a cover version! Despite owning the 12-inch single and LP, I'd never checked the writing credits! I, like the vast majority of anyone checking out The Mondays, just presumed that it was another Ryder original.
House piano chords, a baggy beat, Ryder whistling and then what has become his legendary intro;
You're twisting my melon man,
You know you talk so hip man, you're twisting my melon man
Call the cops
Step On grooves, the jarring guitar riff, constant beats, funky bass and the injection of piano throughout keep the energy up from start to finish. Ryder ad-libs, throwing in the kind of jibberish that made him utterly unique as a frontman and songwriter.
Check The Mondays iconic video HERE if it doesn't display on your browser below.
I've experienced dancefloors erupting to Step On and it still makes me want to dance like Bez every time I hear it. All these years down the line it has remarkably retained a (melon) freshness. 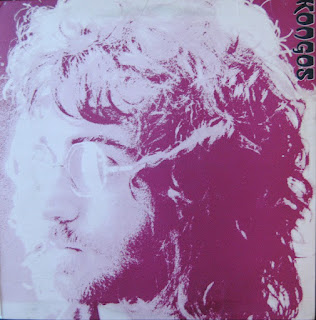 I was amazed when I found out that Step On was a cover of a song called He's Gonna Step On You Again by John Kongos, a singer from South Africa. Kongos had a number 4 hit in the UK in 1971 with the song.
Starting with a stomping rhythm and squealing electric guitar, the original Step On has a real groove and a brilliant lift into the chorus that The Mondays really play on. The guitar riff out of the chorus is amplified is one of the few things Ryder and co keep in and they play on the groove - perfect for those heady Madchester days. The stomping rhythm that introduces the song also plays it out, ripe for an extended remix.
It's an inspired cover, The Mondays totally bring the song to life, injecting fresh vibes. Recognising the groove from the original and with the help of Paul Oakenfold they bring it bang up to date.
Check the original
Check The Mondays classic video
You can find links to all my previous cover versions of the month below and a playlist on Spotify by searching Everything Flows Cool Cover Versions. Or CLICK HERE