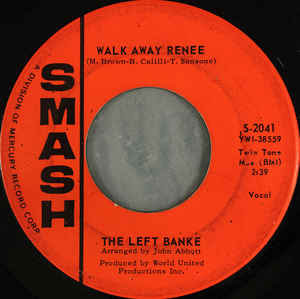 Trust Me #27 - Walk Away Renee by The Left Banke

Just imagine being a teenager in 1965 and forming a band with your friends. Countless kids around the world, were doing it, inspired by the likes of The Beatles and The Stones. Picking up guitars and seeing what wonderful noises they could create.

16-year old Michael Brown (real name Lookofsky) didn't quite pick up a guitar, he played keyboards and he also wrote songs. As son of violinist and arranger Harry Lookofsky, it was clear from the off that he had a remarkable talent for music, helped by unlimited access to his Dad's studio.

Brown formed a band with George Cameron (drums), bass player and singer Tom Finn, Steve Martin Caro on lead vocals an Jeff Winfield on guitar. They called themselves The Left Banke. They never really had a settled line-up, partly because even in his teens - Brown wanted to follow Brian Wilson's lead and stay at home to write while his band went on the road - they weren't up for it! By the time they put their differences behind them, momentum and label confidence had been lost. And so The Left Banke have a small but perfectly formed discography. 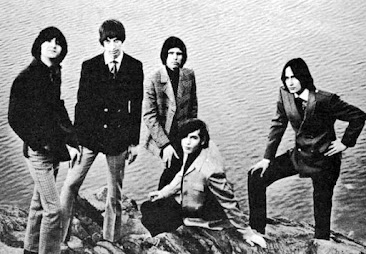 Sometime I'll get around to writing some blogs on the greatest debut singles of all time, after all, this blog is named after one! But perhaps nothing could beat Walk Away Renee by The Left Banke, especially when you consider that the band were teenagers at the time.

Released in July 1966, Walk Away Renee is one of a number of songs Brown wrote about Renee Fladen-Kamm, then the girlfriend of his friend and band mate, Tom Finn. Amazingly, Fladen-Kamm was at the recording of the single, Brown had to wait for her to leave in order to play his parts. 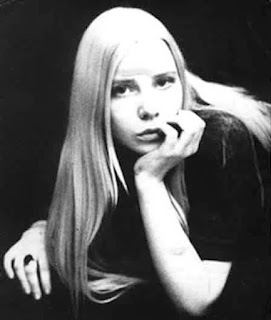 In just 2-minutes and 46 seconds, The Left Banke produce heart aching pop music of the highest quality. Everything tugs on heart strings. At the age of just 18, Steve Martin Caro has no God given right to sound so beautifully heart broken, while the strings, harpsichord and flute are utterly perfect, giving a sense of maturity to this band of teenagers.

The poetic lyrics speak of empty sidewalks, where perhaps lovers once walked, of tears, of pain, rain, names in a heart drawn on the wall, of being haunted and of a realisation that the writer can't follow Renee, it's not to be.

Walk Away Renee by The Left Banke 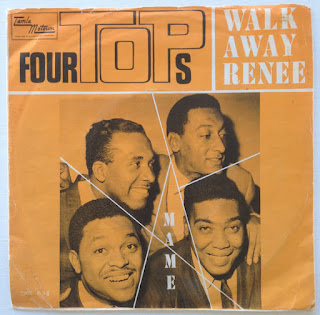 Yet it was many years before I knew of The Left Banke. I always thought this was a song by The Four Tops, indeed it was probably one of the first songs I heard from my Mum's small but tasteful vinyl collection when I got my first record player, she had a decent collection of soul music for an introduction.

Their version was released in 1968 and you don't get a much higher stamp of approval than a cover by one of Motown Records finest groups, particularly as it remains very true to the original. For me, there is more hurt and heartache in Levi Stubbs vocals in comparison to the original, the beat is classic Motown.

This might be the only time in my cover version of the month feature (so far) where I think the original and the cover version are both equally amazing.

You can listen to all the songs I've featured in my Trust Me series in a playlist by searching for Everything Flows Trust Me on Spotify or by CLICKING HERE You can also read about the previous songs I've written about by clicking on the links below.

Also check below for a full list of songs to feature in my cover version of the month blogs. You can also search for Everything Flows Cool Cover Versions for my Spotify playlist or CLICK HERE.