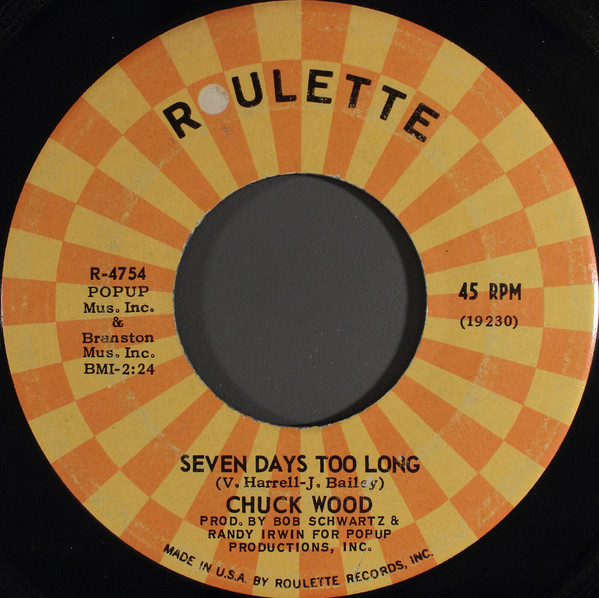 Way back in 2001 I moved to Dennistoun (an area in the East End of Glasgow), buying my first flat in Onslow Drive. After years of 45-minute commutes from the backwaters of Carluke, I could walk into town in 15-minutes, or get a train in just a few minutes.
I embraced city living with gusto. More gigs, more nights out and new friends.
Friday Street was a monthly northern soul/mod night run in the dark dingy basement of Blackfriars in the Merchant City area. At the time the basement was largely lit by candlelight, helping to create a real vibrant atmosphere where the focus was on the music rather than the aesthetics. I still think Blackfriars lost a bit of its charm when the basement was modernised.
Anyway, back then it was dark and dingy and perfect for dancing to loud northern soul music.
I think Friday Street was pretty new in 2001 and even though I wasn't new to Glasgow, it was new to me to have nights like this a mere 15-minutes from the place I called home.
The first night out at Friday Street resulted me buying a double CD compilation album called The Best Northern Soul All Nighter ... Ever. And it was one song that drove me towards buying it.
That night in the basement of Blackfriars I was blown away by Seven Days Too Long by Chuck Wood. I found myself dancing, jumping and singing-a-long, even though it was the first time I had heard it. I asked the DJ the name of the song and bought the compilation CD the next day.
Seven Days Too Long is off and running from the start and it hits the chorus after a mere 30-seconds.
Lyrically, the song is a classic break up song, the guy and his girl have had a quarrel and the guy is ready to make up, it's now up to the girl. Seven days have been too long for him to be apart from his love.
The chorus is simple and euphoric, it takes off.
Seven days is too long, without you baby
Come on back to me, now
Seven days is too long, girl, without you baby
Come on back to me
The second chorus arrives at 1 minute 14 seconds, after that Chuck Wood and his band really let rip, Wood leaves us in no doubt that he wants his girl back, the build to the third chorus is passionate and dramatic. Wood knows that good things come to those who wait, but he can't wait any longer.
The beat, the piano, the horns, the groove and Wood's crystal clear plea are utterly captivating, demanding attention. This is 2 minutes and 20 seconds of perfection. I've just listened to it 6-times in a row and it has transported me back to dancing with friends in a dark candlelit basement in Glasgow, discovering great music. When will I do that again?!
Dexys Midnight Runners covered Seven Days Too Long on their 1980 debut LP Searchin' For The Young Soul Rebels. The band race through it, remaining true to the originial, while Kevin Rowland adds his unique vocals, ad libbing a few of the lyrics and emphasising the passionate plea of the original by sounding like he could break down at any moment, sounding breathless and completely lost in the music and loss of his love.
It's a brilliant cover version from a very special band who are totally on it.
A full list of previous cover version of the month blogs is below this playlist that features many of them. Not all are on Spotify.
<iframe src="https://open.spotify.com/embed/playlist/5xUfsJ3PYZI6C3E9Uy9MGY" width="300" height="380" frameborder="0" allowtransparency="true" allow="encrypted-media"></iframe>
Previous covers of the month
1. You've Lost That Lovin' Feelin'
2. Going Back To My Roots
3. Nirvana play The Vaselines
4. Slip Inside This House
5. Top 10 covers by Teenage Fanclub
6. Only Love Can Break Your Heart
7. Time For Livin'
8. Sound and Vision
9. All Along The Watchtower
10. I Am The Walrus
11. Guiding Star
12. You’ll Never Walk Alone
13. Hurt
14. This Guy's In Love With You
15. I Wish I Never Saw The Sunshine
16. California Soul
18. Wonder wall
19. Dancing In The Dark
20. Always On My Mind
21. Ceremony
22. Heroes
23. Different Drum
24. Wild Horses
25. Respect
26. Mr Tambourine Man
27. I Heard It Through The Grapevine
28. Superstar
29. Twist and Shout
30. Purple Rain
31. Baker Street
32. Not Fade Away
33. Stop Your Sobbing
34. I Don't Want To Grow Up
35. Serious Drugs
36. Dancing With Myself
37. How Does It Feel To Feel?
38. Love Buzz
39. ABBA-esque
40. Jumpin' Jack Flash
41. Discoland
42. Varshons 2 by The Lemonheads
43. The Langley Schools Music Project
44. Witchi Tai To
45. Our Lips Are Sealed
46. Sunshine Of Your Love
47. Here Comes The Sun
48. I Think We're Alone Now
49. Don't Let Me Down
50. It's Oh So Quiet
51. Alcoholiday
52. Summer Holiday
53. Who Do You Think You Are?
54. Head On
55. Nothing Compares 2 U
56. Hey Jude
.
Posted by everythingflows at 11:40