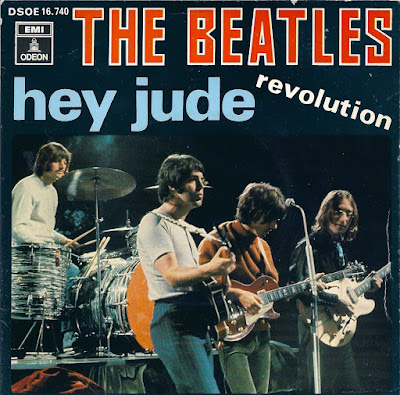 Cover version of the month #56 - Wilson Pickett covers The Beatles

Hey Jude b/w Revolution by The Beatles was released as a single in August 1968. After the psychedelic high of Sgt Peppers, following on from trips on Yellow Submarine's and taking people on Magical Mystery Tour's, this McCartney song had a much more melancholy feel to it, even the rousing sing-a-long chorus.

The Beatles had had the whole world singing through the 60's. From yeah, yeah, yeah to na, na, na, na, na, na, na. The transformation of mop top scallys to the four young men crammed on to a stage for the BBC's David Frost performance of Hey Jude is remarkable. Many, many books have been written on this period; the songs, the albums, the fashion, the artwork, the performances, Beatle-mania, relationships, drugs, love ... 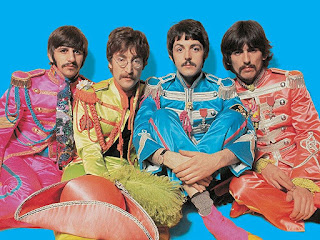 Maybe I have read too many of them, or maybe I have watched The Beatles Anthology too many times, but every time I watch this particular performance of Hey Jude by the greatest tea room orchestra in the world, I do agree with many who say it marked the start of the end of the 60's. A year on from the summer of love, the drugs were wearing off or changing, things weren't quite as bright and McCartney's song is tinged with sadness, with that beautiful melancholy I mentioned earlier.

McCartney wrote Hey Jude for Julian Lennon, improvising the song on a drive to visit Cynthia Lennon and her son following her separation from John. Originally Hey Jules, McCartney thought Jude sounded better. Beatles books all point to Paul realising he had written something special and testing it out on anyone who would listen. 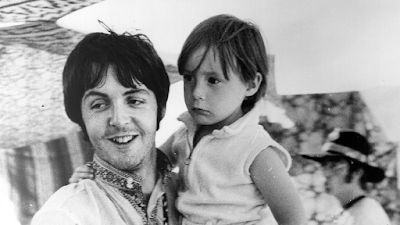 I love the section in the Anthology where Paul says he wasn't sure about the line the movement you need is on your shoulder and mentioned to John that he would change it. Lennon, straight away, says you won't you know, that's the best line.

Recorded over a few days at the end of July and start of August 1968, it didn't take long for the single to hit the charts and 2-weeks after that they performed on the David Frost Show.


This remarkable performance showcases the bands humour before McCartney settles himself, just singing a little melody to himself before starting the song.

McCartney looks totally on it. His mop top is now perfectly (scruffily) tailored, his eyes look all beautiful, stoned and serious. Lennon is chewing gum and making his guitar sound glorious as he plays the big chords, Harrison looks like he has come from Shea Stadium via India (super cool) while Starr wears a huge smile.

The song builds and builds to an epic 4-minute na, na, na, na, na, na, na refrain coda with McCartney improvising and letting out Little Richard style yelps of delight. People are practically on top of him by the end. 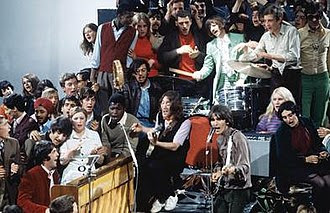 I've been fortunate to see Paul McCartney play live on 3 occasions; Earls Court, Hampden and the Hydro. Every time he plays Hey Jude it brings the audience together as one. Now Paul has a number of songs that can do that, but not in the way Hey Jude does. Everyone can sing na, na, na, na, na, na, na and it means something. In the same way it made Ringo smile in the TV performance, it makes people smile, sing, punch the air and hug their friends.

Of course the song is much more than the glorious sing-a-long extended mantra. There is beautiful simplistic contradiction; let it out and let it in and you have found her now go and get her, advice don't carry the world upon your shoulders, don't make it bad, ... it is a beautiful song that McCartney takes to another level by getting everyone to sing-a-long. 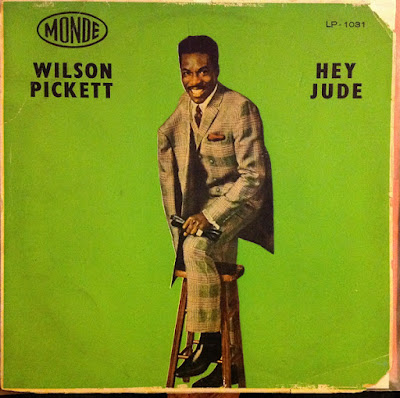 Wilson Pickett takes on Hey Jude and he lets it build in his own way. You can hear and feel that he is opening himself to the song more and more as it builds; with his voice, with the introduction of horns, with extra little drum fills and because you know the song, you are just waiting to see what he does at the end.

At 2 minutes 44 seconds you find out. Pickett explodes!!!! Letting out primal screams as his lead guitarist goes off on one, Pickett really does let it out for the remainder of his version.

The guitarist is Duane Allman, who would later go on to form The Allman Brothers Band. His guitar work on this song would lead Eric Clapton to invite Allman to join Derek and the Dominoes. The Muscle Shoals Rhythm Section back Pickett on this song and on the album, the playing is sublime

But back to Pickett, listen to those screams, those yelps, the pure adrenaline shooting through his body and out through his voice. I wonder if there is an extended version lurking in the vaults somewhere.

This is a stunning cover version.