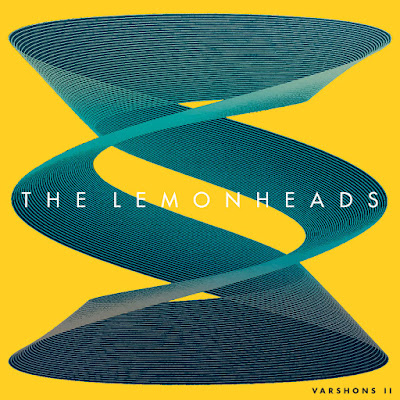 Evan Dando and his latest incarnation of The Lemonheads are back with a new album, Varshons 2 is their second album of cover versions and, as you would expect from Dando's exquisite taste and thirst for music, it is full of lyrical and melodic gems.

Songs by Yo La Tengo, Nick Cave, The Bevis Frond, NRBQ, The Eagles, Paul Westerberg, The Jayhawks, Lucinda Williams and John Prine are treated with love and affection by Dando. I had only heard a few of the songs before, so I'm also enjoying searching for the original versions.

I missed The Lemonheads recent SWG3 show but Dando's solo show at Saint Luke's in Glasgow two years ago saw him play stunning acoustic versions of some of the songs on this album alongside his wife.

As for Vashons 2, released 10-years after Varshons, it contains all the things I love about The Lemonheads. Dando's voice is equally soothing and world weary, it combines beautifully with his wife's vocals, the band sound like they are having fun, the production captures the fact that this is a band enjoying playing songs they love, at times it is deliciously raw in an age where many songs are (over) produced to within an inch of their life. 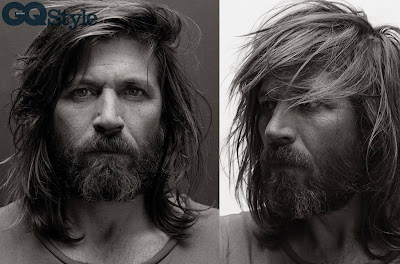 Varshons 2 is a strong and enjoyable album, though there are some standouts for me. The Jayhawks Settled Down Like Rain is glorious, bringing a big smile to my face. Things by Paul Westerberg is classic Dando, brilliant wordplay with the whole song having a flowing feel to it.


Things I'm bound to tell you, like that dress looks great on ya
I could use some breathing room, but I'm still in love with you

Speed of the Sound of Loneliness is a gem by John Prine, a grammy award winning songwriter who (after googling) has been on the road for 50-years. This is a stunning song with the brilliant line you're out there running just to be on the run.

Dando's love for humour and storytelling through song shines through on Magnet by 60's rock band NRBQ. You're like a magnet, I'm like a piece of steel. This song is so playful and enjoyable.

My favourite track on the album is a song called Round Here by an artist called Florida Georgia Line.  I hadn't heard this before until Dando played it in Glasgow a couple of years ago. The original is a modern country song, but it suffers, as I have mentioned above, from being over produced.

Dando transforms it, making it feel so much more intimate and magical with just him, his acoustic and some beautiful harmonies from his wife.


Evan Dando is an artists I have been following since falling for It's A Shame About Ray as a 16-year and I have fond memories of bootlegging Dando playing live on the Evening Session from those times. He is an artist I turn to regularly, an artist I feel is improving with age, someone with impeccable taste and knowledge of music, from obscurities like Australian band Smudge (who he has covered and co-written with) through to Gram Parsons, Nick Cave and The Eagles with plenty of love for indie pop punk in between. I look forward to hearing what he comes up with soon and I definitely won't miss him when he returns to Glasgow.

The album is available on coloured vinyl from Monorail and all good record stores.