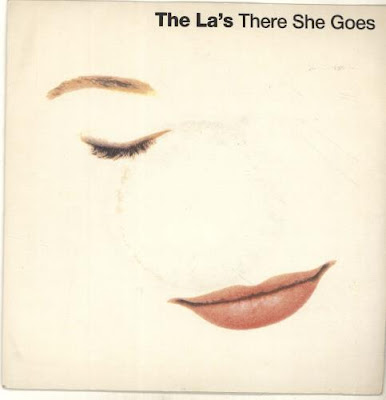 The La's There She Goes is a bonafide classic. Heavenly chiming guitars, a song that is essentially a chorus repeated again and again, a steady (at times almost skiffle like) rhythm, vocals that are beautifully stretched in all the right ways, with singer Lee Mavers singing over and over about a girl he has fallen head over heels for ... guitar pop perfection. So simple, so beautiful, so pure.

There she goes again

She calls my name

No-one else can heal my pain

Or is There She Goes a love letter to heroin? The lyrics certainly fit the part; pulsing through my veins, no-one else can heal my pain, she calls my name ....

Regardless, There She Goes is as perfect a guitar pop song you'll hear. Personally, for me the song still has the same meaning I attached to it as a 15-year old - it's about a fantasy girl who is out of reach, but just the thought of her heals pain.

FACT - the sublime opening guitar riff is one of the first things I asked my shortlived guitar tutor to teach me when I was 18. It's one of the few things I bothered to learn and I still know it!

Why did I ask to learn that riff (along with Stone Roses Mersey Paradise) more than any other? Both are based around the D chord, my favourite. I don't really know the answer. They both just chimed (pardon the pun) with me from the very first time I heard them.

There is a great deal of mystery surrounding The La's (band and album), much of it is attributed to singer-songwriter Lee Mavers. My favourite myth is that he abandoned recording their debut album at one stage because he wanted a mixing desk sprinkled with dust from the 60's. 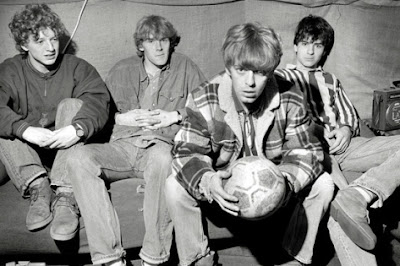 Producers came and went, unable to capture the sounds in Mavers head that he was looking for. The songs on their eponymous album had been floating around in years. There are loads of bootlegs that have ended up being issued officially; Lost La's, De Freitas Sessions, Lost Tapes, radio session/live albums and there are loads of bonus tracks of various mixes with different producers on deluxe reissues of the album.

The La's actually signed with Go! Discs in 1987 and Mavers had all the songs, but the album wasn't released until 1990. 8 producers were involved, the band finally 'settled' with Steve Lillywhite. Even then, Mavers immediately disowned the album upon release!

Word of mouth grew during that time though. There She Goes was originally released as a single in 1988, a version produced by Bob Andrews, it failed to chart. The Lillywhite version was then issued in 1990 and hit number 13 in the charts.

And then ... Mavers disappeared. You can read more about that in this excellent article in The Guardian by Alexis Petridis. His bandmate John Power went on to form Cast and smash things out the park with guitar pop hits like Finetime, Alright, Flying and the beautiful ballad Walk Away.

Mavers talked of rerecording The La's album but there were also rumours that he was building a collection of unbelievable songs ... there has been little evidence of that, although new songs were played when the band briefly reformed around a decade ago.

You have to wonder what might be kicking around in Mavers attic, garage or on hard drives. Or what is in his head. 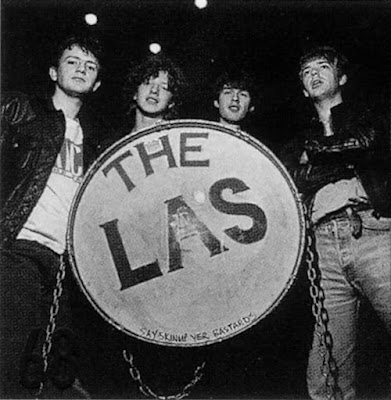 In the meantime, There She Goes is an absolute gem of a song, it never fails to make me smile and the warm chords and chiming riff make me feel the same way I do when I hear fellow scousers Here Comes The Sun. Guitar pop perfection! Just a chorus repeated over and over. On repeated listens John Power's calls my name backing vocals are sublime, just keeping the urgency going, egging on Mavers lead vocals. A nugget! Delivered in under 3-minutes.

You can check a variety of versions below.

1. Something On Your Mind by Karen Dalton
1A. Crimson and Clover by Tommy James and the Shondells
2. I Am, I Said  by Neil Diamond
3. Where's The Playground Susie?   by Glen Campbell
4. If You Could Read My Mind by Gordon Lighfoot
5. Gimme Some Truth by John Lennon
6. Gone With The Wind Is My Love by Rita and the Tiaras
7. In The Year 2525 by Zager and Evans
8. The Music Box by Ruth Copeland
9. The Ship Song by Nick Cave
10. Sometimes by James
11. I Walk The Earth by King Biscuit Time
12. Didn't Know What I Was In For by Better Oblivion Community Centre
13. When My Boy Walks Down The Street by The Magnetic Fields
14. The Man Don't Give A F**k by Super Furry Animals
15. All Flowers In Time Bend Towards The Sun by Jeff Buckley and Liz Fraser
16. Are You Lookin' by The Tymes
17. A Real Hero by College & Electric Youth
18. Feelings Gone by Callum Easter
19. Sunday Morning by The Velvet Underground
20. Did I Say by Teenage Fanclub
21. Don't Look Back by Teenage Fanclub
22. Your Love Is The Place Where I Come From by Teenage Fanclub
23. Belfast by Orbital
24. Clouds by The Jayhawks
25. Dreaming Of You by The Coral
26. Everlasting Love by Love Affair
27. Walk Away Renee by The Left Banke
28. Teenage Kicks by The Undertones
29. Shaky Ground by Sneeze
29. Rill Rill by Sleigh Bells
30. I Can Feel Your Love by Felice Taylor
31. The State We're In by The Chemical Brothers w/ Beth Orton
32. Sunshine After The Rain by Ellie Greenwich
33. Losing My Edge by LCD Soundsystem
34. Mondo 77 by Looper
35. Les Fleurs by Minnie Riperton
36. Rat Trap by The Boomtown Rats
37. How High by The Charlatans
38. I Can't Let Go by Evie Sands
39. Pop Song 89 by R.E.M.
40. Summertime Clothes by Animal Collective
Posted by everythingflows at 14:07