Who Do You Think You Are

Cover version of the month #53 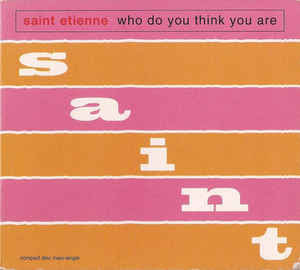 Back in 1993 I was 17, spending pretty much all my money on either going out or buying records. I've got quite a few Saint Etienne singles on vinyl from this time and looking back at their discography I'm reflecting on what an incredible run of singles they had through the 1990's, particularly in the first half.

In 93 the band released a double a-side single on Heavenly Recordings; Hobart Paving b/w Who Do You Think You Are. I have to admit, I was, and still am, rather captivated by Saint Etienne singer Sarah Cracknell and oh how she smoulders in the video! 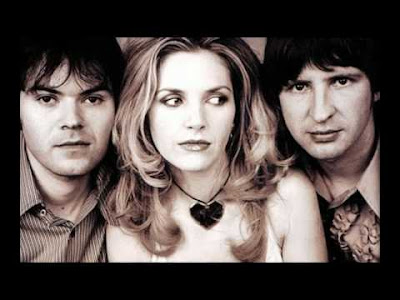 I always thought that this was a Saint Etienne song, it was only many years later when I met Duglas T Stewart to record podcast (that you can listen to here) and he selected the q version of the song by a band called Jigsaw back in 1974.

Who Do You Think You Are is pop perfection. Oh my, it really is perfect. The verse flows, builds, there is a bridge and then a glorious sky scraping chorus.

Written by Des Dyer and Clive Scott, the song was first released by the band Candlewick Green in 1973, before Dyer and Scott recorded and released their own version with their band Jigsaw the following year. The song travelled to America that year with the band Bo Donaldson and the Heywoods also recording a version.

As Dyer and Scott wrote the song, I'm going to concentrate on their version with Jigsaw.

The Jigsaw version begins with an upbeat piano riff before a beat and groove kick in. The chorus soars and the vocals are slightly strained to generate that little lift, just perfect. I love the backing vocals coming in towards the end, leaving the lead singer to just keep singing who do you think you are?


The Saint Etienne version adds in a funky drumbeat, changes the piano to keys/synths and Sarah Cracknell's voice is like honey dripped all over it. The strings help the chorus soar and the short instrumental is just pure Saint Etienne, pure pop. The extended bridge to the chorus is outstanding, lifting things ready for the take off.

Saint Etienne have always demonstrated impeccable taste in music. Bob Stanley has brought out some outstanding compilation albums over the years. The band have already featured in this feature with their transformative cover of Neil Young's Only Love Can Break Your Heart. You can find links to all the previous 52 cover version of the month blogs below.

You'll also find the video of Who Do You Think You Are? alongside appearances on Top of the Pop and The Beat.