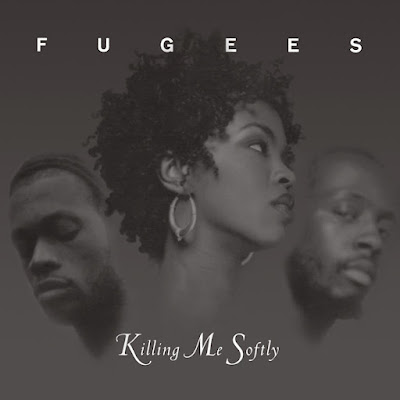 The opening 35 seconds of Fugees Killing Me Softly is 35 seconds of Laryn Hill singing. Her pure, sweet and beautiful voice is utterly captivating. Her band then drop a hip hop beat and there is the sound of conversation as they encourage Lauryn to continue singing hey yo L, you know you got the lyrics.
Hill certainly has the lyrics, she certainly has the voice. The beat is joined by a bass and her bandmate Wyclef ad libbing one time. Something that everyone would do when singing along back when the song was released in 1996. It was massive, it was absolutely everywhere, topping the charts in over 20 countries. Killing Me Softly was the biggest selling single in the UK that year.
Fugees didn't just cover Killing Me Softly. In classic old skool hip hop block party style, they were sampling as well. Bonita Applebum by A Tribe Called Quest, which actually samples Memory Band by Rotary Collection is where Fugees got the distinctive riff that introduces the beats at the start and subsequent verses.
The song is stretched to almosty 5-minutes, Fugees are in no rush. Their cover version is warm, full of love and appreciation for the original, they just add a beautiful little bit of hip hop soul to put their own stamp on it. And they do it in style.
Now ... here we have another example of me finding out that what i thought was the original version ... wasn't the original version! Get ready for the story behind this involving Don McLean & Marvin Gaye!
I always thought that Killing Me Softly was a Roberta Flack song and I'm positive that all the press around Fugees version indicated that too. 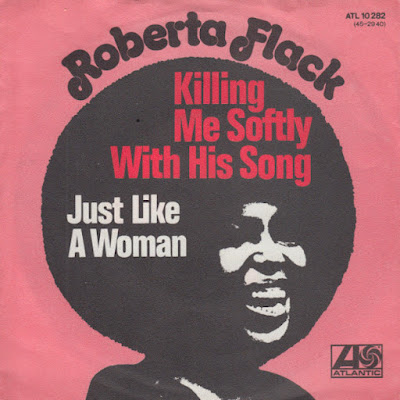 However, the original was released in 1972 by Lori Lieberman who co-wrote (uncredited) the song with Charles Fox (music) and Norman Gimbel (lyrics).
Lieberman was inspired to write the song while watching Don McLean in concert, in particular when he sang his song Empty Chairs. She scribbled notes and Fox & Gimbel worked them into a song (although there is a degree of dispute around who did what).
Lieberman released the song as a single, but it didn't chart. However the song did find its way on to the in flight entertainment system on a plane that Roberta Flack was on! She then played the song live in an encore while supporting Marvin Gaye who put his arm around her and said; Baby, don't ever do that song live again until you record it!
Flack did record the song, it went to number 1 and in 1973 she won a couple of Grammy awards.
The original version has a quaint folk-like quality to it. Lieberman sings beautifully, but there just isn't enough to it. Flack changes the intro, straight into the chorus. The layered harmonies create a new depth, the kick drum coming in all slow is beautiful. Flack's voice is stronger and more soulful.
Flack just lifts the song in all the right ways. The change to the intro, the pace, the use of keyboards/piano rather than the folky guitar in Lieberman's version. And ... the voice! What a voice! It's interesting that Flack's version is also a full 60-seconds longer than the original. She makes the most of that time, with the chorus intro from the very first second through to the end where she just keeps it going, keeps it flowing.
So there you have it. Roberta Flack's Killing Me Softly is a cover. The Fugees version is a cover of a cover! I love Roberta Flack's version, but the Fugees version just takes me back to 1996 when it really was everywhere. I love the video, Lauryn Hill is super cool and check the live version from Later. Fugees version has that whole block party vibe going on - it's a cracker.