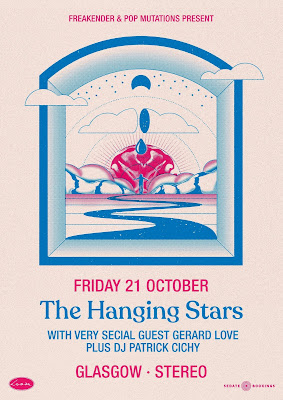 Friday night was one of those great nights when everything seemed to come together perfectly. Venue, sound, DJ, friendly local promoter, crowd, local support and a band from out of town coming in and playing their hearts out in appreciation.
I can't remember the last time I was in Stereo for a gig. The upstairs cafe bar is great for vegan food and a pint, but it must be 2019 anyway since I was last downstairs.
Gerry Love (yeah him again!) was the reason I got a ticket for the night. It was the 4th time I'd seen Gerry in a couple of months. But as I explained to my wife, I hadn't seen him live since 2019! This was making up for lost time.
Each show has been different. This time Gerry was joined by Paul Quinn on percussion, further fleshing out the Lightships sound. Noel O'Donnell on guitar and backing vocals/harmonies has been sublime. Will he go back to drums in the future? I kind of like the way Noel and Gerry are gelling. And then Tom Crossley on various keys/synths, flute and xylophone is a bit of a musical all rounder who brings so much to everything he is involved in. If there was a Glasgow Fantasy Bands League, you'd want Tom in your band. 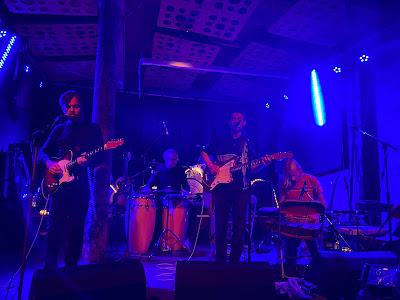 Silver and Gold was my highlight from Friday night. Gerry's voice sounded as good as I have ever heard it. He hit a real sweet spot. Take The Long Way Round was beautifully gentle and euphoric, Ain't That Enough always sends warm tingles down my spine and Gerry's romantic heartfelt optimism was sprinkled throughout his set.
Glasgow has many basement music venues, the sound in Stereo might be the best. It was really spot on. I also mentioned the local promoter earlier. Holly Calder is a super stylish girl with impeccable taste and knowledge of music. As well as probably having one of the best record collections in Glasgow, Holly's taste in fashion is incredible and she regularly DJ's and puts on nights across the city.
So Holly was putting on The Hanging Stars, also putting them up in her flat for the night. The world (especially the music world) is a warmer place for people like Holly. 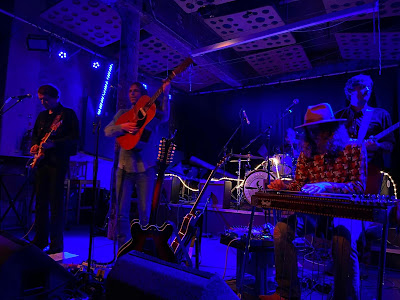 Photo by Holly Calder
And Stereo was pretty warm by the time The Hanging Stars took the stage. A 5-piece, they created a brilliant sound. I would maybe say a little alt. country with a psychedelic tinge.
The band themselves would say Cosmic Americana from London town mixing desert haze with grey rain. They are definitely more poetic than me! A great description!
I have to admit that I hadn't heard of them before this show. A few of my friends at the show were surprised by this. I checked them out in advance of the gig and really enjoyed what I heard, but live, they really blew me away.
Singer Richard Olson had a stunning selection of guitars to choose from; 12-string acoustic, 12-string electric or at times a mere 6-string. Sam Ferman on bass and Paulie Cobra on drums kept things super tight, allowing Patrick Ralla on lead guitar and Joe Harvey White on pedal steel to whip up a storm.
White had a lovely selection of effect pedals and knobs to push and twiddle, creating a lush, warm sound that engulfed the Stereo basement and put big smiles on peoples faces.
As I said, I'm not overly familiar with The Hanging Stars songs at present, but I'll change that over the coming months. Just the band I need to get me through a cold, dark winter.
Check their setlist below.
Special shout out to Patrick Cichy who DJ'd before, between and after the bands. Patrick's song selection is also listed below and he has uploaded it to mixcloud.
Stereo is a 2-minute hop and skip from Central Station, and my house is a mere 6-minute walk from Uddingston train station. So, as I said, a pretty perfect night! Great to catch up with so many friends. 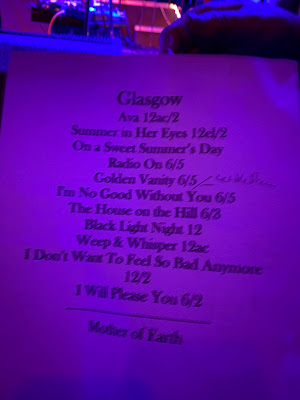 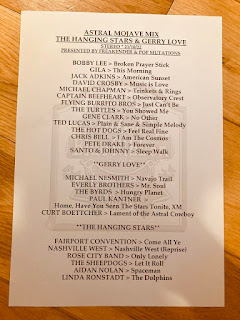 It was a good night!