Cover version of the month #81

What can you say about Marvin Gaye and Tammi Terrell's impeccable Ain't No Mountain High Enough?

Well, it's one of those songs where I tend to say that music really doesn't get much better. It's absolutely perfect in every single way. The emotion, the imagery, the soul and love that pours out of the song.

Written by Nickolas Ashford and Valerie Simpson, Gaye and Terrell released the song in April 1967, perfect timing for it to be played through the Summer of Love.

Apparently Dusty Springfield wanted to record the song, but Ashford & Simpson were dead set on it being a Motown record. They were right to hold it back.

I find out a lot of surprising things when researching for blog articles. My biggest surprise here is that Terrell recorded her vocals first and Marvin added his at a later date! They sound so perfectly entwined that I have always imagined them singing together in a booth. I'll hold on to that image though. 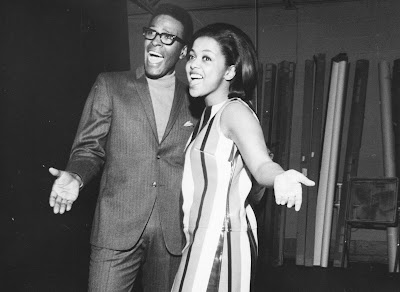 Ashford & Simpson wrote more gems for the duo, including You're All I Need To Get By and Ain't Nothing Like The Real Thing. Wow! What a trio of songs.

When I really fell in love with music at the age of 15 and got my first Hi-Fi with a turntable, I remember raiding my parents rather small record collection. I still have a Marvin & Tammi's compilation, complete with my Mum's name written in pencil. I devoured it.

God those innocent days seem so long ago. You treasured exploring records, stuck with them, poured over sleeve notes, showed off when friends came round; 'hey listen to this'. Friends would have to come round to listen, unless you made them a mixtape.

Nowadays I'm guilty as charged. Friends and I will exchange songs on WhatsApp by posting Spotify or YouTube links. Sometimes I'll take days to check a link, sometimes the chat will go on and I'll forget.

The teenage me would be appalled. But sometimes (all of the time) it's just too easy to access music. You can check out songs, albums or entire back catalogues on a whim. And I do ... if in the mood. But I also miss the days of saving for albums, or going to HMV every Monday, or Missing Records before catching the train back to Carluke, or having friends round and playing CD's or records. I miss taking a chance on an album because of a cover.

Anyway, back to Ain't No Mountain High Enough. 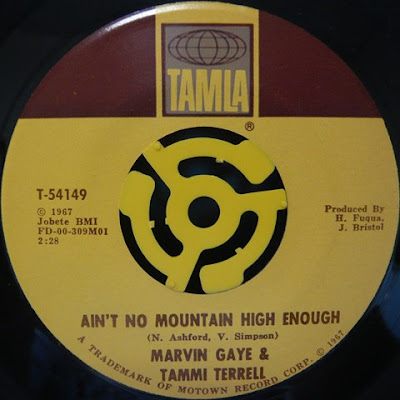 It's precisely 2.5-minutes of Motown pop perfection. Gaye & Terrell backed by The Funk Brothers and the Detroit Symphony Orchestra.

Beginning with a rumbling bass and Marvin Gaye's passionate vocal, Tammi Terrell and strings come in, before everything takes off at 30-seconds as they hit the chorus together. Terrell's voice soaring, Gaye's just sitting under it beautifully.

And what a chorus!

Gaye & Terrell are so in love that nothing will keep them from each other; mountain, valley or river.

Then we have Terrell singing over pounding drums; No wind, no rain, or winters cold, can't stop me baby

Things are really flying now as Gaye ad libs a no, no, baby before coming in at 100 mph if you're ever in trouble, I'll be there on the double, just send for me.

Marvin Gaye sounds like he is really in the zone, enjoying himself, letting out a little haah and wooo as the duo keep flying through the song. Terrell singing possibly my favourite line - my love is alive, way down in my heart, even though we're miles apart.

The Motown beat is pounding furiously, beautifully, like the sound of Gaye & Terrell's hearts as they sing for all their worth. The bass keeps grooving and the strings sound majestic.

What a song! Utterly brilliant. 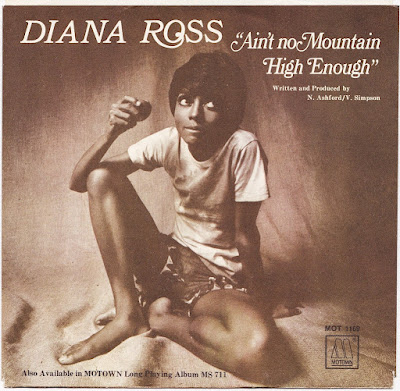 Diana Ross originally recorded a version with The Supremes & The Temptations in 1968, remaining true to the original. Ross, at the bequest of Ashford & Simpson, revisited the song in 1970 as a solo artist, working with the songwriters and others to completely rework the song.

The single version is 3 minutes 32 seconds long, but it is the album version, stretched to a glorious 6 minutes and 18 seconds, that really floors me.

A slow, teasing classical intro leads to Ross singing the melody over Motown beats, strings and piano. At 1 minute 20 seconds Diana speaks directly to her love, seductively, openly and true for 40-seconds until the melody from the chorus and stronger beats kick in again.

Ross' version cleverly adds new lyrics to the original and interestingly takes an age to actually get to the words Ain't No Mountain High Enough. It's at 4-minutes 18 seconds that it kicks in, Ross is squealing with delight as her backing singers (very much at the fore for a while) sing in unison.

Then at 4-minutes 36 seconds the song builds to another level. At 4 mins 55 it reaches for the stars, strings, horns, beats and stunning piano, then the vocals again. This is simply divine. Heavenly.

The 6-minute version is incredible, but it still leaves you wanting more, we get that in Martin Martorell 8.5 minute version. There are more delightful squeals, Ross' voice is incredible as she urges one more time and pushes herself even further.

This is incredible. Music really doesn't get much better.