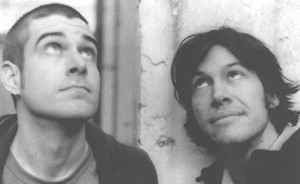 Cover version of the month #72

Sneeze are an Australian band that formed away back in 1991. Consisting of Nic Dalton (owner of Half A Cow Records and one-time Lemonhead) and Tom Morgan (Smudge) plus an array of friends when the mood takes them.

Shaky Ground is a song I discovered a long, long time ago when Evan Dando of The Lemonheads, at the height of his pin-up days promoting It's A Shame About Ray, played an acoustic set that went out on the Evening Session with Mark Goodier in 1993. At one point Dando had to stop the show to ask people to stop screaming.

That night he came on stage and introduced himself with the line; 'Hello jolly children of the universe, my name's Evan Dando and I was born in the spring of the summer of love.' I think I might have swooned myself! 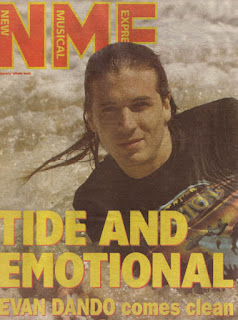 I taped the show and it was a real favourite bootleg of mine for a long time. Just Dando with an acoustic guitar, playing stunning storytelling songs, originals and covers, in his warm and loving way.

The set was actually released as a bootleg called Suck On This.

Back to the original.

Dando's 1991 trip to Australia really did change things for him, meeting kindred spirits in Morgan (who he would co-write with, as well as covering a number of his songs) and Dalton, (who joined The Lemonheads on bass) as well as their friends and bandmates, including Alison Galloway who Dando wrote Alison's Starting To Happen about.

From what I can gather, Dando recorded Shaky Ground before it's authors could. The song crops up as a b-side on a number of UK/US releases in 1992. Dando also mentions the song in the Lemonheads film Two Weeks In Australia when he is giving the camera a talk through about all the etchings on his guitar. 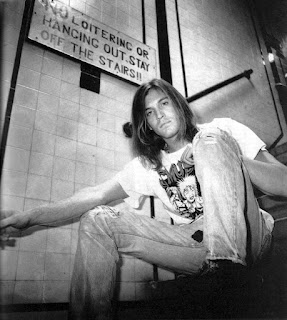 Dando in a Smudge t-shirt

Sneeze finally got a debut album out on Nic Dalton's Half A Cow records in 1994. 41 songs in 47-minutes has songs as short as 18-seconds, while Shaky Ground is one of the longest at 1 minute 55 seconds.

It is a really beautiful song.

A girl (Alannah Russack I believe) and boy (Tom Morgan) trade lines in the verses and join together in the choruses. Like most of Morgan's songs, it tells a story. Around the time I discovered the song there was a girl who would walk her dog near my house and if I saw her I'd go out to accidentally bump into her, so I particularly love the line;

I love this song so much. The feeling from the playing, the vocals - male and female on their own and then together for the chorus. The sheer love that comes across in the song , in the performance, never fails to warms my heart.

Dando's version finds him taking on both the male and female lyrics & character, his voice softening when taking on the female lines.

Hey Jim, how ya doing, do you need someone else?

Well actually Jemima, I'd prefer to be by myself

Sometimes it helps to have someone else along

But if my girlfriend sees us, she'll come to the conclusion it's wrong

Paradise and catastrophe, they go side by side

You should tell your baby, we've got nothing to hide

And Evan's (The Lemonheads) version HERE

I've added the song to my cover versions playlist and my Trust Me playlist.