The story of Saint PHNX 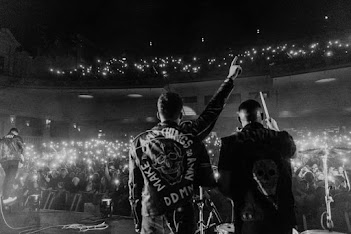 Long term readers of my blog will know that I used to help manage a band from Wishaw called Vigo Thieves. I had so many good times with the band; as a manager, friend and fan.

Stevie Jukes, the singer, songwriter, frontman and driving force behind the band pushed and pulled the band as far as he could take them. Then he regrouped to write more songs.

The new songs had a new sound and feel to them and so Stevie formed Saint PHNX with his brother Alan.

Stevie and Alan aimed high from the very start, contacting all the major management companies in the world, cheekily following up on their email to The Killers management team and getting a reply. 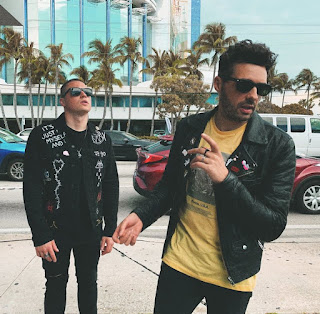 That reply was the start of a rollercoaster ride of highs, loops and lows. Saint PHNX got close to a record deal, they got closer, they had offers, then all of a sudden they were miles away ... then they were up, playing to 25,000 people in America, record label showcases, before hitting as low as they could go, ready to give up...

I've not even told half of their story.

But a new podcast/vlog from Glasgow called GlasGo caught up with the band to get their story. I watched part 1 last night and I was enthralled. What a journey! I laughed at the two brothers bouncing off each other, marvelled at their cheek, hard work and ambition and gasped at how low they got. I wasn't aware of how bad things got.

If you're a music fan, if you're in a band, then you should watch this. Ambition, dreams, parties, huge shows, cheap flights, no money for food, sharing beds, things going horribly wrong and then a lifeline...

This is just part 1! Roll on part 2! CLICK HERE if you don't see the video embedded below. 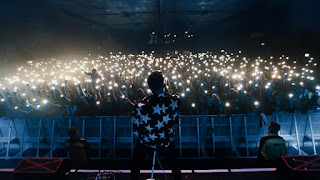