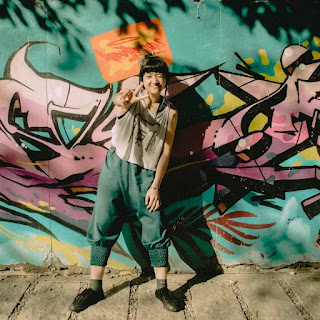 photo by asuka chen
Every so often I visit the BBC Scotland channel on the iPlayer and head to the music section. I stumbled across a feature length episode of Tune and proceeded to watch it all. One song and performance in particular caught my attention.
Sarya AKA swoo is a musical poet from Taiwan, now based in Edinburgh (although back in Taiwan with her family for now). Sarya performed her song I'll Break My Heart (So You Don't Have To) in her bedroom. The song has a beautiful homemade lofi loving quality to it - melodic keys, fuzzy synth bass, sparse beats, leaving loads of room for Sarya to sing.
It's better to feel sadness and pain
It's better than nothing
I break my heart so you don't have to
The attention I'm directing at you
Is a manifestation of my boredom and a little love
I couldn't know what I was looking for before it was gone
I couldn't know who I was looking for before you were gone
With her hood pulled up, headphones on, light blue streaks in her hair and a big smile, Sarya won my heart in 4-minutes. She gets lost in the music, making movements to the keyboard riff, dancing ... just beautiful to watch and listen to.
Check the song on Bandcamp and the episode of TUNE on the iPlayer
So I got in touch to find out a little more and was delighted when Sarya emailed back some answers to my questions. I look forward to catching Sarya playing live - hopefully in the not too distant future. 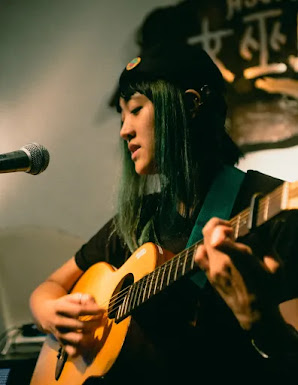 What is your earliest musical memory?

Earliest musical memory: I'm not gonna lie, I think that my first musical memory must have been at like 2/3 years old, singing along with Blue's Clues. Most specifically, MAIL TIME!

I think even to this day, a lot of the music I heard on this show still slaps if I'm being perfectly honest.
When did you start creating your own music? Was there a specific moment when you thought - I can do this?
I started writing and creating music with shitty ukelele chords in 2016, with a song called "Doesn't Matter", which I showed my friends and they loved it! Mostly because it was thoroughly "me" with my highly emotionally blunt lyrics, It eventually encouraged me to host an open mic night that forced me to practice singing every day. I eventually learned guitar in 2018 and then some electronic music stuffs the year after. I didn't really start to take myself seriously as a musical person until I wrote some songs that I thought were worth recording, some of which were songs like "idk" and "insomnia song".
When I was performing around Taipei and Edinburgh, I started feeling more like a real musician. I thought, "Hey! People seem to like this! Maybe I can do this after all!" And I figured that since so few people who looked like me were doing music in the Edinburgh music scene, it really inspired me to be my own role model. Then when I started to get more comfortable making electronic music, I finally felt like maybe I can do this music thing..I've always been writing poetry and songs, and I never for a second didn't think it was worth doing, but it wasn't really until two years ago, when I moved back to Edinburgh the second time in 2019, did I really think that it was worth showing people. 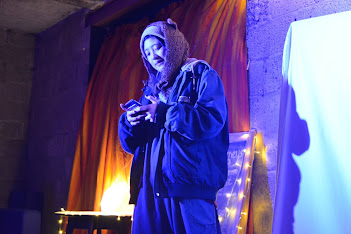 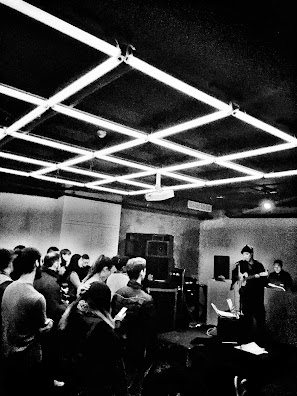