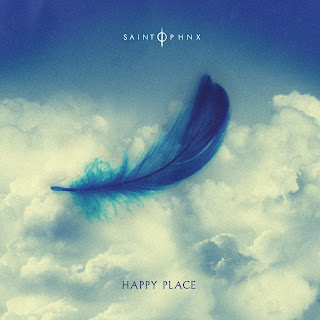 One of the great things about being a music fan is that you get to meet some incredible people; fellow music fans, songwriters, musicians, promoters, bloggers, journalists, presenters ... in the social media age we live in, if you have similar interests and tastes, then it is easy to connect with others who share your passions.
Stevie and Alan Jukes are brothers that I got to know through their former band Vigo Thieves. I had some fantastic nights with them and co-managed the band with Stevie for a while. As I got to know them I learned how important their family was to them and how much of a hero their Dad Bert was. He'd come from very little and with hard work, exceptional people skills, the gift of the gab, an entrepreneurial flair and the odd slice of luck, Bert Jukes had done pretty well for himself.
All his qualities had rubbed off on his sons. I still fondly remember Stevie hand delivering the Vigo's Heart & Soul Part 1 EP to my house and my name being on the back sleeve among people he wanted to thank. He didn't need to do either of these things, it was just in his nature. Customer service, care, time for a chat, the personal touch.
And I still remember Stevie's intense ambition to breakout of Wishaw, out of Glasgow and out of Scotland. Buying glowsticks to turn the basement of Sleazys into something brighter and more memorable to fit the anthems he was writing, to bring a smile to peoples faces, to make something happen.
Stevie and Al broke from Vigo Thieves to form Saint PHNX and then they really did go for it, bagging proper management, a booking agent, some incredible support shows across Europe and America with the likes of Lewis Capadi and Yungblud, airplay during the superbowl and going on all kinds of crazy adventures. 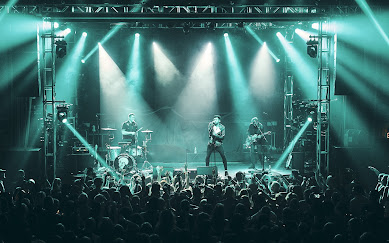 Bert was along for the ride, happy to man the merch stall across the world in support of his boys. The Saint PHNX social media updates always made me smile. Their family values were on air for the whole world, for their fans ... it was a sense of honesty and openness that I guess you rarely see from some artists.
Saint PHNX, the Jukes brothers ... they have always been and always will be up for a laugh, unafraid to rip the piss out of themselves ... but they are real. 2 brothers from Wishaw with big dreams, 2 young lads with an incredible desire to push themselves and their songs as far as they could possibly go. But always with family and friends at the heart of everything.
Earlier on this year I was shocked and saddened to learn of the death of their Dad, their hero, Bert Jukes. His larger than life personality kind of made him seem pretty invincible. The news hit anyone that knew Stevie and Alan hard, particularly as there couldn't be the kind of send off that the family and Bert's many, many friends would have liked. I half joked to Stevie that they would maybe have needed to book the Hydro in normal times! 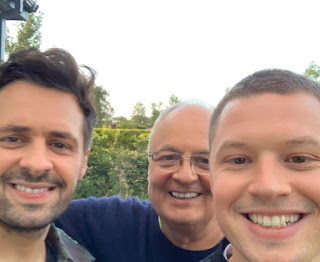 Stevie, Bert & Alan
Shortly after Bert's death the brothers announced that they had signed a record deal with Atlantic Records. Thankfully, Bert knew this was happening. I know how happy the news would have made him, how proud he would be. I know how hard his boys have worked for it, for years, a decade!
Stevie and Al have posted some very personal and emotional video messages on the Saint PHNX social media channels since Bert passed away. They have been grieving privately and in that very modern way, where they've just needed to talk, they have gone live online to do so.
And, that emotion has come out in a song. Happy Place, written about Bert - the house he built for his family in the countryside, about the hills in lower Lanarkshire, the advice he gave his sons ... about the way they are feeling now.
If I could wish upon a star
I'd wish that I could heal the scars 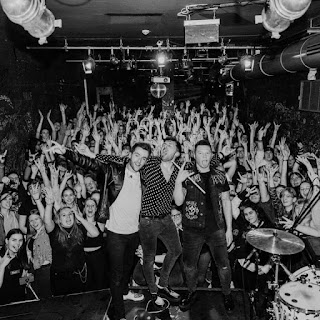 The chorus is classic Stevie Jukes - personal, but something that anyone with dreams can sing and feel like it has been written for them. I guess we're all looking for a better day, we've felt trapped and maybe gone to our happy place over the last 16-months.  And we've all wanted to turn back time, for various reasons, many through grief. The words come pouring out in a simple melody that I've found myself singing without even knowing I'm singing it.
Over the hills and far away
Looking out for a better day
When it seems like there's no escape
Take me away to my happy place
Somewhere, their Dad is smiling down at them for coming out fighting, for creating something positive and bright out of very dark times. And as always, Bert is at the heart of everything. This time it's under cruel circumstances, but as he always did when he walked into a room, the world is a little brighter.
Happy Place is a big song, written when Saint PHNX hearts were broken, it could be the one that breaks them as a band - in a good way.
R.I.P. Bert Jukes
Happy Place on iTunes
Happy Place on Spotify
Happy Place video on YouTube 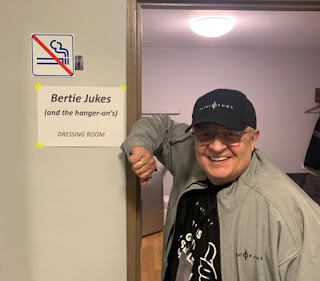 Yo! You may be too conformed by the
noise o the world to hear this, bro,
but lemme tella youse somethn verrry
important: we all die at death.. yet
that aint TheEnd. TheEnd comes when
we're either welcomed into Heaven to
enjoy whotever we wanna do for the
rest of eternity.. or Hellfire where
you shall be tortured in bodyNsoul in the dark. Choose Seventh-Heaven. This'll help you to decide:
+ en.gravatar.com/MatteBlk +
-GBY