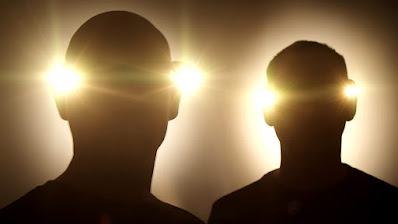 After 3-months of featuring Teenage Fanclub songs by Norman Blake, Gerry Love and Raymond McGinley, the monthly Trust Me feature in my blog veers off into wildly different territory courtesy of Orbital and their song Belfast, one of the most sublime, blissful, dreamy and euphoric tunes I have had the pleasure of hearing and experiencing.

I say experience, as watching Orbital perform Belfast in the Barrowland to a sea of saucer eyed fans with hands in the air, or in a sweaty tent at T in the Park, or listening to it in a pub/club or post club party was always an experience.

Belfast is a song that cuts through the air like a knife, it makes you stop in your tracks. If you've heard it before then a broad smile will begin to plaster itself across your face. If you're hearing it for the first time then you may well ask 'what the f**k is that?'

I think the first time I heard it was in O'Henry's Bar (now the Yes Bar) in Drury Street in Glasgow, across from the famous Horseshoe Bar. Some friends and I used to book the downstairs basement, set up decks and play an eclectic mix of music. It was usually me, my friend's Reddy, Phil and Chris.

Chris played a great mix which took in everything from Candy Flip covering Strawberry Fields Forever to crazy techno. But the end of his set was one he stuck with for at least a couple of years - Orbital and Underworld. Chris ended the night by playing Orbital's Chime into Rez by Underworld, into Belfast - heaven on earth! 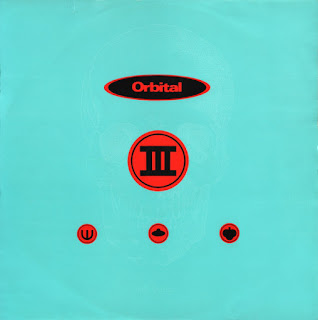 Still sounding fresh, vital and futuristic 30-years since it was released, Belfast begins like a cinema soundtrack, as if you know something important is going to happen ... something is!

Synths begin to bubble, the chords become warmer, then we are introduced to the fantastic use of a sample of soprano Emily Van Evera performing O Euchari that heightens the senses and really starts to take the listener off on a beautiful dreamy journey.

Loads of synth sounds are introduced, beats become heavier, there are multiple layers and then a riff comes in to whisk you higher still.

The sounds, the layers, the production, the way everything is pieced so beautifully and so perfectly together is just sublime.

At 3 minutes 30 seconds everything cuts to beats, it's only for a mere 19 seconds, enough for you to catch your breath, before the synths start bubbling again and we're in for another 4-minute ride to the stars.

This is electronic psychedelia, created in a cupboard at the top of the stairs (see link below to Paul Hartnoll's story). Kind of punk, kind of crazy, all kinds of amazing, sheer bliss! 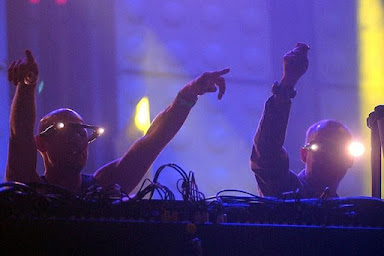 Around 6-minutes things start to slow down gradually, this is when Belfast reaches peak bliss (at least for me), things slow, leaving you kind of hanging in a higher state of consciousness as the song edges towards conclusion at 8-minutes 10 seconds.

This epic slice of electronic heaven received the title Belfast after Orbital played the Art College in Belfast in May 1990. The duo had been booked by David Holmes and Alan Simms, leaving behind a demo tape which included the track subsequently named Belfast in recognition of the positive experience they'd had in the city.

Trust me - this is as good as it gets. Even if electronic music isn't normally your thing, try this out with your headphones on and your eyes closed.

Read the story behind Belfast by Paul Hartnoll

And below you'll find the released version in all it's ecstatic, euphoric, electronic splendour + a live version from one of the many incredible sets that Orbital have played at Glastonbury over the years.

You can find a playlist of songs in my Trust Me series by searching for Everything Flows Trust Me on Spotify, or CLICK HERE You'll also find links to all previous blogs in the series below.

1. Something On Your Mind by Karen Dalton
1A. Crimson and Clover by Tommy James and the Shondells
2. I Am, I Said  by Neil Diamond
3. Where's The Playground Susie?   by Glen Campbell
4. If You Could Read My Mind by Gordon Lighfoot
5. Gimme Some Truth by John Lennon
6. Gone With The Wind Is My Love by Rita and the Tiaras
7. In The Year 2525 by Zager and Evans
8. The Music Box by Ruth Copeland
9. The Ship Song by Nick Cave
10. Sometimes by James
11. I Walk The Earth by King Biscuit Time
12. Didn't Know What I Was In For by Better Oblivion Community Centre
13. When My Boy Walks Down The Street by The Magnetic Fields
14. The Man Don't Give A F**k by Super Furry Animals
15. All Flowers In Time Bend Towards The Sun by Jeff Buckley and Liz Fraser
16. Are You Lookin' by The Tymes
17. A Real Hero by College & Electric Youth
18. Feelings Gone by Callum Easter
19. Sunday Morning by The Velvet Underground
20. Did I Say by Teenage Fanclub
21. Don't Look Back by Teenage Fanclub
22. Your Love Is The Place Where I Come From by Teenage Fanclub