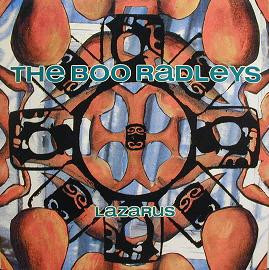 Lazarus by The Boo Radleys

Released 30-years ago, towards the end November 1992, Lazarus was a statement single from The Boo Radleys ahead of their Giant Steps album in 1993.

Sales, sadly, didn't quite match the statement, Lazarus reached number 76 in the charts. But for the band, putting out a 12-inch single at 6 minutes 22 seconds in length was just what they needed to do. It was 'giant step' forward from their standard shoegaze sound, that of a band enthralled by labelmates My Bloody Valentine. Now it felt like The Boo's were exploring all kinds of music to find their own sound(s).

The Boo's had released Everything's Alright Forever back in March 1992. If you go back to check that album out and then listen to Lazarus, you'd struggle to believe it's the same band, same personnel.

Beginning with distorted white noise, teases of key riffs and beats kicking in, the 12-inch version of Lazarus builds for almost 2-minutes before everything seems to come together. There is an almost reggae groove going on, then a horn section, acoustic rhythm guitar, synths, effects ... rmodern psychedelia and beautifully so.

Horns kick in just before 3-minutes to lift the song, to lift the listener out of a lysergic dream. Everything soars skywards before falling gently to the first verse. Singer Sice (Simon Rowbottom) sings tenderly, vocals gently distorted.

I, I must be losing my mind

I keep on trying to  find a way out

There's no need you don't lock the door anymore

At the end of the second verse horns and electric guitar, full of fuzzy effects, kick in euphorically to fly high for an instrumental before swooping back down for two further 3 line verses.

Now, maybe now I should change

Because I'm starting to lose all my faith

While those around me are beaten down each day

After the fourth verse (above) horns, guitars and beats kick in again and are looped for a full minute, extra layers being added, a little more urgency comes in and the inspired groove is one to get lost in. I'd love to hear this extended.

There are remixes of Lazarus that you can check out via the links below and through the expanded release of Giant Steps on streaming platforms, but none of them really take this riff on. It's a remix/edit in the making. 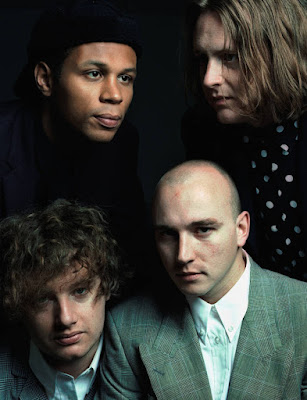 Lazarus is an astonishing song. It was in in 1992 and it is now; the power, the ambition, the care that went into it have ensured that it stands up 30-years down the line.

Despite universal high praise for the Giant Steps album, The Boo Radleys didn't have a hit on their hands. None of the singles from the album broke the top 40 and while the album reached number 17 and sold 60,000 copies in 1993 (Creations most successful album that year), the incredible reviews didn't translate to the sales Creation anticipated.

After being inspired initially by label mates My Bloody Valentine and then the transformation and ideas showcased by Primal Scream with Screamdelica, Martin Carr, leader and songwriter for The Boo's, was then inspired by the hits that Oasis were experiencing. He wanted a piece of the action!

That would come with Wake Up Boo! released in February 1995, although I always associate it with summer.  Legend has it that a postcard by Alan McGee was on permanent display on the mixing desk, encouraging Carr and his bandmates to use every trick in the book to create a hit single.

Here is a snip of the ecstatic NME review for Giant Steps. I'd highly recommend checking or revisiting the album. From pure guitar pop to dub, reggae and psychedelic sounds, it's a cracker.

It's an intentional masterpiece, a throw-everything-at-the-wall bric-a-brac of sounds, colours and stolen ideas. That The Boo Radleys (of all people!) have decided to accept their own challenge and create a record as diverse and boundary-bending as this is, at first glance, staggering. Isn't this the job of the U2s and the leisured idols of rock, unable to do anything without the tactit approval of history? Fortunately not? The Boo Radleys are sifting through time (the mid-60s mostly) and conjuring up something that's as cut-up and ambitious as anything you'd care to mention. NME

A list of all previous songs I've blogged about in my Trust Me feature are listed below, along with links to each blog. Lazarus (12 inch mix) joins them.

1. Something On Your Mind by Karen Dalton
1A. Crimson and Clover by Tommy James and the Shondells
2. I Am, I Said  by Neil Diamond
3. Where's The Playground Susie?   by Glen Campbell
4. If You Could Read My Mind by Gordon Lighfoot
5. Gimme Some Truth by John Lennon
6. Gone With The Wind Is My Love by Rita and the Tiaras
7. In The Year 2525 by Zager and Evans
8. The Music Box by Ruth Copeland
9. The Ship Song by Nick Cave
10. Sometimes by James
11. I Walk The Earth by King Biscuit Time
12. Didn't Know What I Was In For by Better Oblivion Community Centre
13. When My Boy Walks Down The Street by The Magnetic Fields
14. The Man Don't Give A F**k by Super Furry Animals
15. All Flowers In Time Bend Towards The Sun by Jeff Buckley and Liz Fraser
16. Are You Lookin' by The Tymes
17. A Real Hero by College & Electric Youth
18. Feelings Gone by Callum Easter
19. Sunday Morning by The Velvet Underground
20. Did I Say by Teenage Fanclub
21. Don't Look Back by Teenage Fanclub
22. Your Love Is The Place Where I Come From by Teenage Fanclub
23. Belfast by Orbital
24. Clouds by The Jayhawks
25. Dreaming Of You by The Coral
26. Everlasting Love by Love Affair
27. Walk Away Renee by The Left Banke
28. Teenage Kicks by The Undertones
29. Shaky Ground by Sneeze
29. Rill Rill by Sleigh Bells
30. I Can Feel Your Love by Felice Taylor
31. The State We're In by The Chemical Brothers w/ Beth Orton
32. Sunshine After The Rain by Ellie Greenwich
33. Losing My Edge by LCD Soundsystem
34. Mondo 77 by Looper
35. Les Fleurs by Minnie Riperton
36. Rat Trap by The Boomtown Rats
37. How High by The Charlatans
38. I Can't Let Go by Evie Sands
39. Pop Song 89 by R.E.M.
40. Summertime Clothes by Animal Collective
41. There She Goes by The Las
42. We're Going To Be Friends by White Stripes
43. Autumn Sweater by Yo La Tengo
44. Sister Rena by Lomond Campbell
45. Revolution by The Beatles