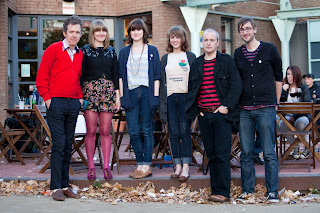 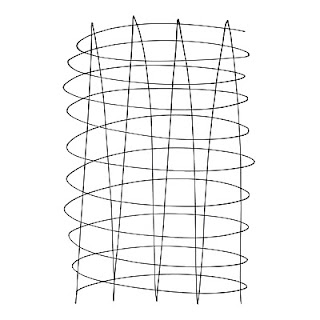 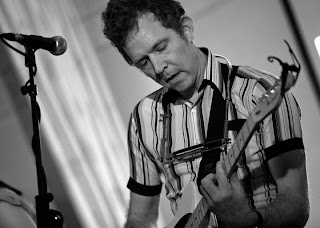 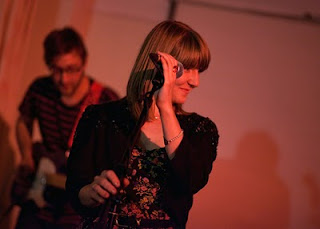 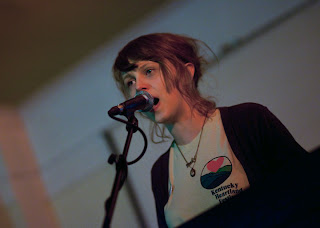 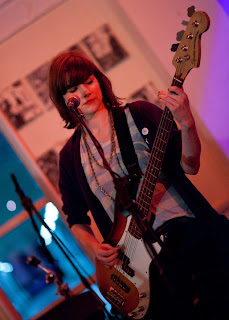 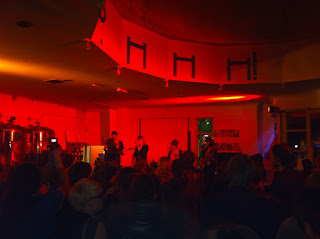 The single 'May the Forth' also nods a head to New Order, a tale of friendship, a night out and wishing to be young again. 'Watching you dance, has given me a second chance, to feel young again, (you make me feel), young again.' The 'you make me feel' backing vocals are straight out of the 80's, brilliant melody and hook.
'Jenna' ,as always, prompted dancing, clapping and singing, before Harry and Ceal swapped bass and guitar to close the night with a glorious cover version of the Bananarama classic 'Robert De Niro's Waiting.'
The band retired triumphantly and Carla almost collapsed exhausted as I gave her a hug.
Not finished yet, the night ended to the samba beats of Kings of Macumba who prompted mass dancing, with some booty shaking that Beyonce would be proud of!
All of this was only £6! A brilliant night that everyone was raving about at the end. I'm exhausted jut writing this. Pics to follow!
Posted by everythingflows at 02:14 No comments: