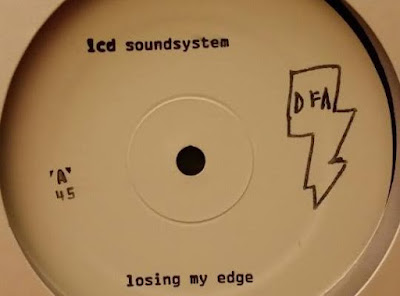 20-years ago a band called LCD Soundsystem burst on to the scene with their debut single Losing My Edge, released on leader James Murphy's label DFA Records.

Last month Murphy announced a series of 20th anniversary residencies and parties for his band, including a run of nights at the Brixton Academy in London.

So for this month's Trust Me blog I thought i would revisit that astonishing single. It really was a breath of fresh air. I caught them live at The Barrowland back in 2004 (I think) supporting Too Many DJ's and the way they all huddled around a bank of synths and created a party atmosphere blew me away. The following year my wife (then girlfriend) and I went to Benicassim and they came on stage at 2 in the morning and whipped up a frenzy. I've caught them a couple of times at the Barrowland since then. It's a bit of a home from home for them. I was hoping (still am) that they might sneak in a wee Glasgow residency for their 20th anniversary ...

But back to Losing My Edge. 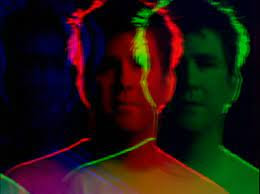 Everything about this song is cool, clever and funny. Murphy's spoken word, the vast variety of synth sounds, the beats and the way it somehow all hangs together and sounds brilliant.

Over 8-minutes Murphy tells a tale of paranoia - is he losing his edge?

Murphy highlights what his paranoia is based on - hip young kids from France, London, Tokyo, Berlin and Brooklyn coming through in the music scene, but he then balances that by repeatedly coming back to reflect how hip he was/is.

I was there at the first Can show in Cologne

Is Murphy losing his edge? How can he be? He was there at the first Suicide practices in a loft in New York City, working on the organ sounds. He was the first guy to play Daft Punk to the rock kids at CBGB's and everyone thought he was crazy.

The squelchy synth bass is slightly distorted, sounding super cool as Murphy yells I was there!

Murphy goes on, trying to convince himself as well as those listening. He's never been wrong, he heard everything first, he was in the DJ booth at Paradise with Larry Levan.

Yet then there are better-looking people with better ideas and more talent. Paranoia that we all face as we get older!

Murphy reflects on these youngsters - they have incredible compilations, all the great Beach Boys songs and Modern Lovers tracks. Rare vinyl on import or white label.

As the song develops, through Murphy's inspired rant, the music builds in tandem, that squelchy distorted bass continues though, underpinning everything.

1. Something On Your Mind by Karen Dalton
1A. Crimson and Clover by Tommy James and the Shondells
2. I Am, I Said  by Neil Diamond
3. Where's The Playground Susie?   by Glen Campbell
4. If You Could Read My Mind by Gordon Lighfoot
5. Gimme Some Truth by John Lennon
6. Gone With The Wind Is My Love by Rita and the Tiaras
7. In The Year 2525 by Zager and Evans
8. The Music Box by Ruth Copeland
9. The Ship Song by Nick Cave
10. Sometimes by James
11. I Walk The Earth by King Biscuit Time
12. Didn't Know What I Was In For by Better Oblivion Community Centre
13. When My Boy Walks Down The Street by The Magnetic Fields
14. The Man Don't Give A F**k by Super Furry Animals
15. All Flowers In Time Bend Towards The Sun by Jeff Buckley and Liz Fraser
16. Are You Lookin' by The Tymes
17. A Real Hero by College & Electric Youth
18. Feelings Gone by Callum Easter
19. Sunday Morning by The Velvet Underground
20. Did I Say by Teenage Fanclub
21. Don't Look Back by Teenage Fanclub
22. Your Love Is The Place Where I Come From by Teenage Fanclub
23. Belfast by Orbital
24. Clouds by The Jayhawks
25. Dreaming Of You by The Coral
26. Everlasting Love by Love Affair
27. Walk Away Renee by The Left Banke
28. Teenage Kicks by The Undertones
29. Shaky Ground by Sneeze
29. Rill Rill by Sleigh Bells
30. I Can Feel Your Love by Felice Taylor
31. The State We're In by The Chemical Brothers w/ Beth Orton
32. Sunshine After The Rain by Ellie Greenwich