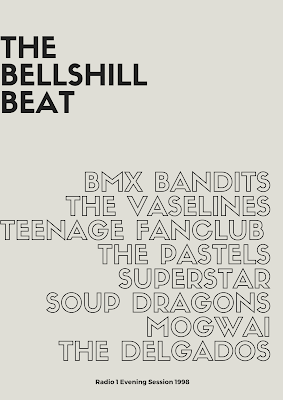 “Hey everybody, this is Dave Grohl from The Foo Fighters. You’re about to hear the best documentary the BBC has ever done on Radio 1, The Bellshill Beat.”

So begins a mini-documentary, presented by Steve McKenna and broadcast on Steve Lamaq’s show way back in 1998. LISTEN HERE

Grohl threatens to break into a giggle during his intro and humour is at the heart of this documentary. Bands from Lanarkshire have never taken themselves too seriously, as evidenced by some of the many soundbites sprinkled through the show, with Stuart Braithwaite from Mogwai in particularly fine fettle and Norman Blake from Teenage Fanclub joking about Phil Collins being a fan…

Ah the bands! Many are name checked at the start; Belle & Sebastian, BMX Bandits, Teenage Fanclub, The Delgados, Superstar, The Yummy Fur, Mogwai, The Pastels, The Soup Dragons…

Not all of these bands are/were technically from Bellshill (or even Lanarkshire), but it is safe to say that Bellshill played a key role in the Scottish music scene. 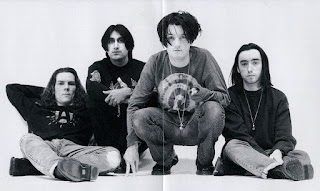 ‘There was never a scene and there never will be, it was just a co-incidence’

Dickson is probably true. It was always more about friendships and a genuine love of music, rather than creating a scene. The ‘original’ Bellshill Beat bands, fantasies and ideas certainly centred around a friendship between Duglas T Stewart (BMX Bandits), Sean Dickson (The Soup Dragons) and Norman Blake (Teenage Fanclub). The trio started releasing music in the mid-80’s and haven’t stopped, occasionally still getting together to play with Duglas in BMX Bandits. 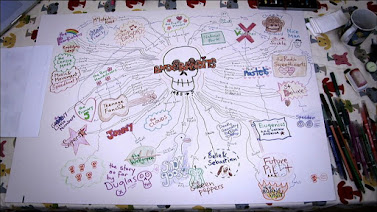 The BMX Bandits family tree
Drawn by Duglas for the Serious Drugs documentary - this will need updated!

In addition to Bellshill, it should also be noted that Glasgow played a key influence in how these friends got to mix with like minded people, with the legendary Splash One club, Stephen Pastel and his seminal label 53rd and 3rd playing major roles.

Back to Bellshill though! 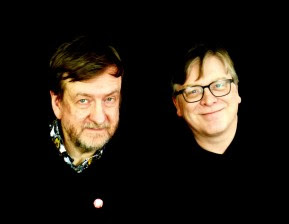 ‘I think definitely, a lot of Lanarkshire is quite run down. A lot of the industry has gone.

It’s quite a depressed area in a lot of ways…

There is a need to escape … to escape in your own mind, to somewhere different, to an alternative place, and the rock n roll world is certainly a different place.’

‘Hi this is Norman from Teenage Fanclub.

All I can think of when I think of Lanarkshire is post industrial wasteland.

I grew up in Bellshill, it’s a pretty grim place, there’s not a lot going on there.’

Norman and Duglas are sadly pretty accurate regarding Bellshill and Lanarkshire (certainly in relation to 1998 when this show was recorded). Thankfully both, like many others who have gone on to form bands, chose to channel frustrations and imaginations into creating music, drawing great inspiration from classic bands like Love, The Beach Boys, The Velvet Underground and Big Star. 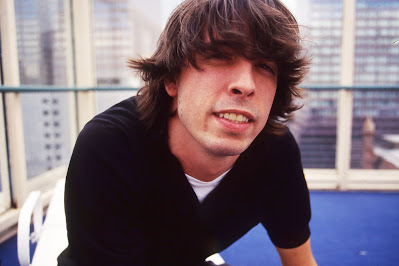 “I think with all of those bands, the most important thing was melody and harmony.

It wasn’t so much musicianship, image or volume.

It was just who could one up the next person on making the sweetest possible melody.

Teenage Fanclub were shameless with some of their melodies and lyrics.

There’s only so many ways you can say ‘I love you’ so many times, but there just didn't seem to be a limit on any of that … and the song stuck in your head for f**king ever.” Dave Grohl.

Grohl hits the nail on the head. Think of the melodies of The Delgados All You Need Is Hate, Belle and Sebastian’s Judy And The Dream Of Horses, The Vaselines Son Of A Gun, Superstar’s Superstar and Teenage Fanclub’s Sparky’s Dream. The melodies, whether psychedelically tinged, or almost nursery rhyme like, are at the heart of everything.

And all of the bands in the documentary have an honesty about them and a punk DIY ethic that serves many of them well to this day. Melodies + honesty + dreams + DIY ethic + hard work … There is no magical formula, but all of these qualities could be applied to the Lanarkshire bands mentioned in the documentary.

Towards the end of 2021 I blogged on Teenage Fanclub’s breakthrough album, Bandwagonesque, from 1991. A lot of people who are my age and above (mid 40’s) got into independent guitar music through this album and it is safe to say that a lot of people were inspired to go on and form their own bands … and labels.

‘Unashamedly I was a Teenage Fanclub acolyte.’ Stewart Henderson (left), The Delgados

The Delgados played a key role in what was to come in the second half of the 90’s, starting their own Chemikal Underground record label, proving you could do it your own way. Chemikal went on to release a steady stream of eclectic music, including; Mogwai, Arab Strap, BiS and De Rosa.

‘There’s hunners and hunners of brilliant bands have came out of Lanarkshire. My favourite Lanarkshire band is probably The Jesus and Mary Chain, even though William Reid is a wanker. But they’re not really, because I’ve decided my favourite band is actually The Yummy Fur from Blantyre cause they’re absolutely brilliant.’ Stuart Braithwaite, Mogwai.

‘There’s just a lot of good bands from Lanarkshire, there’s not a scene. In Edinburgh they should stop the sale of musical instruments to the general public.’ Mogwai

The Bellshill Beat Radio 1 documentary is available on YouTube.

You’ll also find a BBC Scotland documentary by Duglas T Stewart under the same name - blog coming on that next month. But check part 1 & part 2

10 records by bands featured on The Bellshill Beat

(with a few more mentioned for good measure)

So many people have been in BMX Bandits over the years. In that sense, they have to be considered one of the most influential Scottish bands of all time. So it’s kind of right that this list starts with their 1986 debut single. Ramshackle, loving pop music at its best. It showed others that they could do it. Dreams and fantasies could come true. 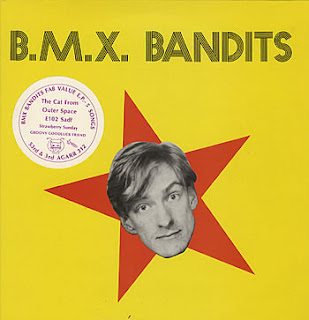 Nirvana would cover 3-songs from these very limited release EP’s with Jesus Don’t Want Me For A Sunbeam, from Nirvana’s incredible MTV Unplugged performance really helping on the royalties front for a number of years. 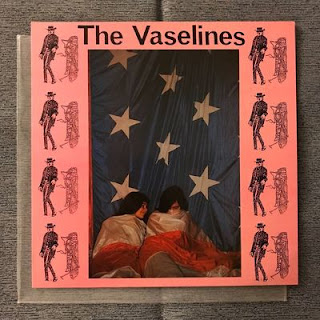 Sean Dickson took The Soup Dragons to another level, largely thanks to their indie/dance second summer of love inspired take on The Stones I’m Free. They would follow up the Lovegod album that featured the hit single with 1992’s Hotwired that saw them play huge shows in America and tour the world thanks to songs like Divine Thing. 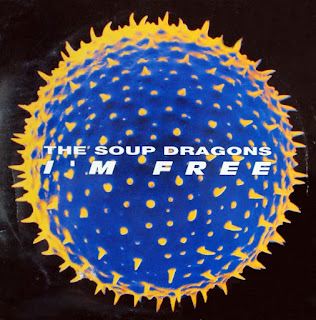 A seminal album that Spin Magazine voted album of 1991 over the likes of Nevermind, Screamadelica, Out Of Time and Loveless. Humble as always, Teenage Fanclub were quick to point out that their friend Steven Daly, formerly of Orange Juice, was music editor of Spin at the time. Regardless, this album ages like a fine wine. Check my 30th anniversary blog HERE 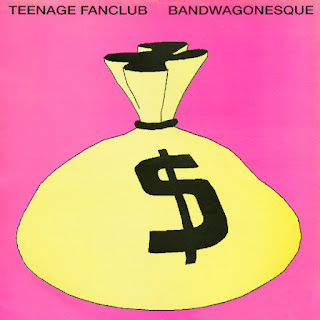 Arguably the finest example of the original Bellshill Beat friendship circle working together. Written by Duglas T Stewart with friends Norman Blake and Joe McAlinden, this melodic, melancholic and reflective song is truly beautiful, with great depth. Blake sings on the released version. 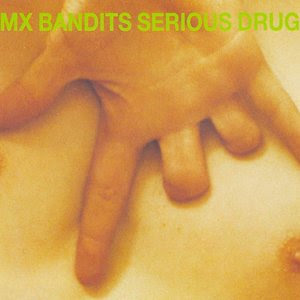 I was going to include The Delgados incredible album The Great Eastern, but this is arguably an even more important release - their debut single on their own label that would go on to release records by Arab Strap, BiS (who memorably appeared on Top of the Pops with Kandy Pop) and Mogwai among others. The Delgados learned from the likes of 53rd & 3rd and even Postcard Records before them - they didn’t need to go to London to find a label. They could start their own. 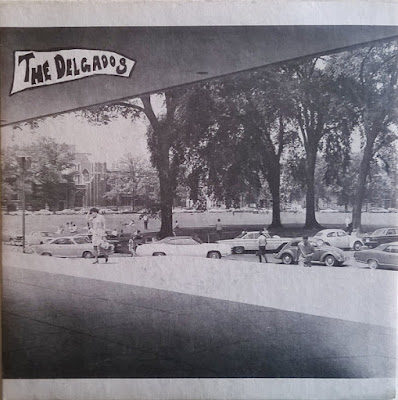 Not really a Lanarkshire band, but they're mentioned on this documentary, so ...

Launching with an album on Stow College’s in-house label Electric Honey and then swiftly following it up with their first LP on Jeepster was a mere hint of how prolific Belle & Sebastian were. They would go on to release 3 EP’s the following year and then The Boy With The Arab Strap LP in 1998. They played on the tweeness that others had toyed with, creating their own scene leading to the legendary Bowlie Weekender in 1999 - the bands own festival. 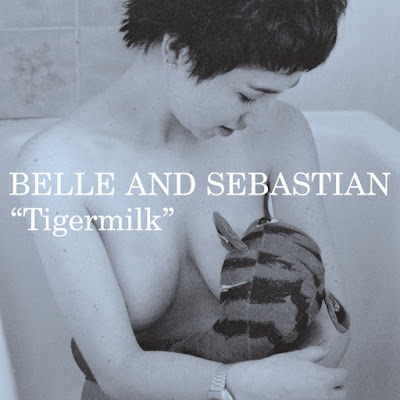 Mogwai were (and are) a kind of hilarious bunch of young upstarts making at times ferocious, at others euphoric and at others gorgeous music. They were certainly very different from anything else at the time and they still are - unique. They would wear Kappa tracksuits and make for fantastic press with the likes of the Blur: Are Shite t-shirts. Mogwai were quick learners, they would form their own label Rock Action and are fiercely independent - often booking their own shows/tours. Mogwai’s use of song titles to showcase their humour and politics remains to this day. 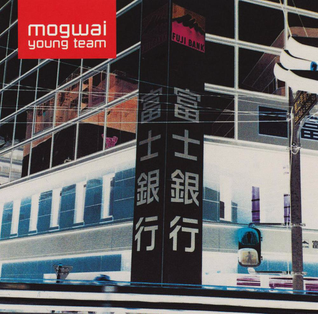