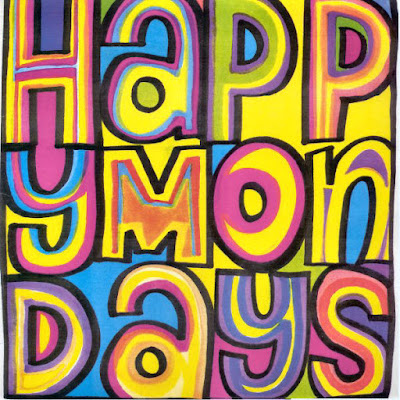 Trust Me #47
Wrote For Luck by The Happy Mondays

Happy Mondays Wrote For Luck was originally released as a single back in 1988, it was then subsequently remixed and re-released in 1989 as W.F.L.

The video may well be the most druggy pop music video of all time. Shaun Ryder and co are partying like it's ... 1989, absolutely off their heads on ecstasy. The video shoot party was in full swing but Ryder insisted that more was delivered and shooting didn't start until it kicked in.

Filmed by Manchester's Bailey Brothers, the result is an utterly astonishing document of the ecstasy and rave scene that the city was experiencing. There were no actors, this was the Mondays and friends from the Hacienda and across the city, off their heads on the strongest pills around and having an amazing time. There were only 2 takes of the video, I wonder if they are still kicking around somewhere, there must be some incredible footage.

Dave Haslam wrote about this incredible video in this excellent blog for the 30th anniversary of the original single release. Check the video HERE 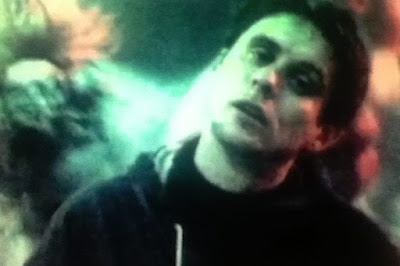 Wrote For Luck is an astonishing song. I often think that the Mondays don't get the credit they deserve. They were like nothing before or since. Unmanageable, inventive, street wise, not only at the heart of the scene, but dealing drugs for the scene and now soundtracking it. Of the time, but completely different from any other band around.

On their debut album they had a song called 24-Hour Party People and they were. It seemed like they didn't stop from 1987 - 1992, releasing 4 albums and a string of singles.

For their 1988 Bummed LP, that Wrote For Luck featured on, the band worked with Martin Hannett, consuming ecstasy on a daily basis and taking in all kinds of influences to create sounds on whatever instruments they could get their hands on.

Hannett found an incredible guitar sound for Mark Day, one that, even through all the synths and beats, is central to Wrote For Luck. A funk punk Chic sound, scuzzed up and drenched in reverb.

Wrote For Luck starts at pace, big beats and Day's guitar over the top, Shaun then begins to sing and spout his unique poetry over the top.

You were wet, but you're getting drier

You used to speak the truth

But now you're liar

You used to speak the truth

But now you're clever 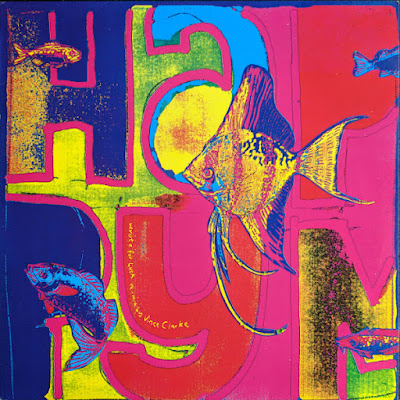 The original version of Wrote For Luck has a sense of urgency and even danger to it; a raw white boy funk groove stretched out to a little over 6-minutes, riding on Day's guitar, Shaun groaning and moaning an extra little melody to add to the feeling.
Vince Clarke, in his W.F.L remix totally gets the groove and brings the bass to the fore, the guitars (at least at the start) are gone, the beats are more clubby, the synths are making all kinds of cool noises and it's Shaun at the heart. The original raw version is just cleaned up a little, becoming more clinical ... more chemical.
The guitar groove is finally dropped in for the last 2-minutes and it sounds even more glorious over the menacing bass groove that Clarke has created and the clubby beats.
Paul Oakenfold, who would go on to produce the Mondays breakthrough album Pills 'n' Thrills and Bellyaches, keeps the guitar from the off and immediately blends it with a four to the floor beat, sprinkling different kinds of synth effects all over the top.
Ryder's aaahhh, aaahh, aaaahhh's sounds incredible, the beats keep going, Day's shimmering guitar chords are dropped in as the song grooves to the end.
Vince Clarke's remix is my personal favourite, but the original Wrote For Luck and both the W.F.L. remixes are simply brilliant. Released just before the Mondays broke through with Step On and a string of singles from Pills n Thrills, it's quite remarkable that neither charted. W.F.L. reached the heady heights of number 68, although it did reach number 3 on the indie charts. Regardless, it's left a mark.
Check the original video and a simply sensational live performance from Manchester in 1989 that went out on Tony Wilson's The Other Side Of Midnight. This highlights the rave style atmosphere the Mondays were creating at their gigs.

Wrote For Luck live in Manchester 1989

W.F.L. (Think About The Future Mix) by Paul Oakenfold

A list of all previous songs I've blogged about in my Trust Me feature are listed below, along with links to each blog. The original version of Wrote For Luck and both the Oakenfold and Clark remixes join them.

1. Something On Your Mind by Karen Dalton
1A. Crimson and Clover by Tommy James and the Shondells
2. I Am, I Said  by Neil Diamond
3. Where's The Playground Susie?   by Glen Campbell
4. If You Could Read My Mind by Gordon Lighfoot
5. Gimme Some Truth by John Lennon
6. Gone With The Wind Is My Love by Rita and the Tiaras
7. In The Year 2525 by Zager and Evans
8. The Music Box by Ruth Copeland
9. The Ship Song by Nick Cave
10. Sometimes by James
11. I Walk The Earth by King Biscuit Time
12. Didn't Know What I Was In For by Better Oblivion Community Centre
13. When My Boy Walks Down The Street by The Magnetic Fields
14. The Man Don't Give A F**k by Super Furry Animals
15. All Flowers In Time Bend Towards The Sun by Jeff Buckley and Liz Fraser
16. Are You Lookin' by The Tymes
17. A Real Hero by College & Electric Youth
18. Feelings Gone by Callum Easter
19. Sunday Morning by The Velvet Underground
20. Did I Say by Teenage Fanclub
21. Don't Look Back by Teenage Fanclub
22. Your Love Is The Place Where I Come From by Teenage Fanclub
23. Belfast by Orbital
24. Clouds by The Jayhawks
25. Dreaming Of You by The Coral
26. Everlasting Love by Love Affair
27. Walk Away Renee by The Left Banke
28. Teenage Kicks by The Undertones
29. Shaky Ground by Sneeze
29. Rill Rill by Sleigh Bells
30. I Can Feel Your Love by Felice Taylor
31. The State We're In by The Chemical Brothers w/ Beth Orton
32. Sunshine After The Rain by Ellie Greenwich
33. Losing My Edge by LCD Soundsystem
34. Mondo 77 by Looper
35. Les Fleurs by Minnie Riperton
36. Rat Trap by The Boomtown Rats
37. How High by The Charlatans
38. I Can't Let Go by Evie Sands
39. Pop Song 89 by R.E.M.
40. Summertime Clothes by Animal Collective
41. There She Goes by The Las
42. We're Going To Be Friends by White Stripes
43. Autumn Sweater by Yo La Tengo
44. Sister Rena by Lomond Campbell
45. Revolution by The Beatles
46. Lazarus by The Boo Radleys