The Bellshill Beat, presented by Duglas T Stewart - leader of and singer for BMX Bandits, was broadcast back in 1993 when I was a mere 17 years old. It was like the programme had been made specifically for me.

30-years ago I had to rely on the NME and Melody Maker for facts, or word of mouth rumours/stories from guys a little older than me, like David Tough who was in a couple of bands himself.

All of a sudden, there was a TV show and I could hear directly from the bands themselves! BMX Bandits, Teenage Fanclub, Soup Dragons, Superstar, The Pastels and even Thurston Moore from Sonic Youth.

It was always like friends and fellow fans of music ... we all enjoyed working together and listening to music together. Duglas

Duglas talks about ex-members of BMX Bandits going on to great things; Sean and Jim with Soup Dragons, Norman with Teenage Fanclub and Eugene with Eugenius. 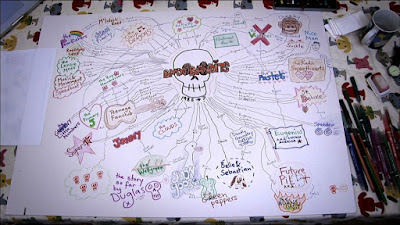 There has been a growth of grassroots honest peoples music. Gordon Lodge, Duglas' old teacher

Norman Blake talks of Bellshill being a dump, but how bonding with friends over music has transferred into bands. Everyone helps each other out.

Joe McAlinden talks movingly about the first time he met Duglas busking in Glasgow city centre over footage of Duglas, Joe & Francis MacDonald playing outside of Frasers in Buchanan Street. The song the trio are playing captivated me instantly.

Woah Kylie's got a crush on us

Backing vocals, harmonies, humour and a song obviously about my own teenage (and mid 40's!) crush - Kylie Minogue. I bought the CD single and 7-inch on release day from Impulse Records in Motherwell where I was on a Youth Training Scheme (YTS) after leaving school with no real direction, no idea what I was going to do with my life.

And then The Pastels kick in ...

Instruments played? Electric guitar, sing. My band, The Pastels formed in the black hole of the early 80's.

Stephen goes on to talk about the importance of being independent, forming a label to release records by BMX Bandits, The Vaselines, Beat Happening and The Boy Hairdressers.

Any good form of music must have a naivety about it. It's so important that whenever you plug in your guitar, you believe anything is possible. Stephen Pastel

I adore the video of The Pastels playing the perfect guitar pop of Thank You For Being You looking incredible. Stephen's messy bowl cut playing his guitar while stomping on a Bros 7-inch, Aggie in her oversize Sonic Youth hat looking super cool on bass and Katrina looking incredibly fresh faced (she still does!) on drums, just playing music they believe in. No fuss, all heart. 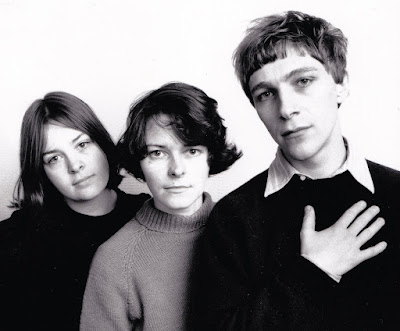 Eugene Kelly talks of all his bands and how Stephen Pastel named The Vaselines.  Eugene talks movingly about his post Vaselines world and watching Teenage Fanclub playing in Glasgow. They inspired him to form Captain America for fun, but he kept it going, releasing 2 EP's including Flame On. Marvel Comics threatened to sue them because they were using the name Captain America, so they became the brilliantly named Eugenius.

There is brilliant video footage of Sonic Youth before Thurston Moore comes in and talks his love of Scottish groups over a brilliant Pastels video of them playing in a garage singing she looked real cute in her pink spacesuit over a Velvets style drone and beat. Check the full video here or below.

All of a sudden these bands were coming to life for me. Hearing them talk about forming, making and releasing records, playing in America, getting reviews ... they all sounded just so ... natural and normal. Like they can't believe people are interested in them.

Norman talks of What You Do To Me reaching number 31 and the band were due to play Top Of The Pops but were bumped for the new Michael Jackson video.

Eugene talks of touring with Nirvana, next thing Kurt Cobain is on the cover of the NME wearing a Captain America t-shirt and everyone wants to know about the band. 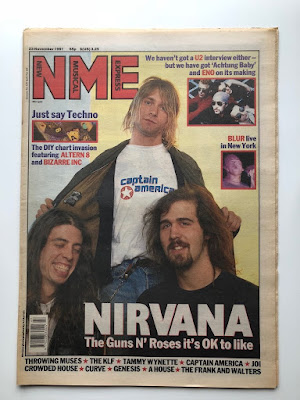 Sean Dickson talks of going from his bedroom to playing all over America because Soup Dragons Divine Thing had gone top 40.

Being successful wasn't what fuelled being in a band. Having our name known by even 5 people was as fascinating as it could be for us. That's what we're all about. Sean Dickson from Soup Dragons

It's been so great watching this again. You can too!

WATCH HERE or below