We're Going to be Friends 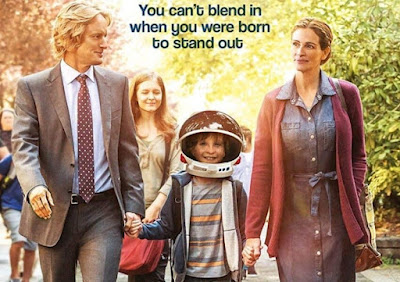 We're Going to be Friends by White Stripes

I watched a beautiful film called Wonder at the weekend with my wife and kids. It's full of emotion as a young boy called Auggie, born with a rare medical deformity called mandibulofacial dysostosis, begins school at the age of 10 and following 27 different surgeries to help him see, smell, speak and hear.

Auggie has been home schooled and is so worried about his appearance that he wears a space helmet. The film captures the daily challenges Auggie faces, how he battles bullying, makes friends, displays immense courage and bravery and ultimately wins hearts.

I'd highly, highly recommend it.

There is point in the film where Auggie develops a friendship with a young boy called Jack. We see them playing light saber fights, computer games, walking in the sunshine and just hanging out and doing what friends do. This section is soundtracked perfectly by White Stripes We're Going to be Friends from their 2001 breakthough album, White Cells. 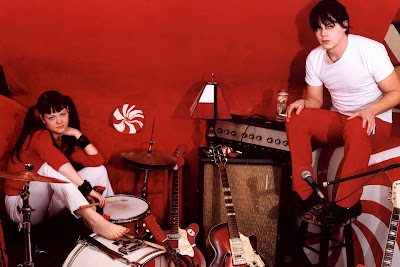 In the song Jack White sings about starting school and making a new friend. White sings softly and tenderly over a simple acoustic riff, his vocal melody is loving and soothing.

The song is a mere 140 seconds long and White briefly pauses as he tells his tale of friendship and learning. It's beautiful writing and it is beautifully performed. Trust me, this is a real heartwarmer.

Nouns and books and show and tell

Playtime we will throw the ball

Back to class, through the hall

Teacher marks our height against the wall

Teacher marks our height against the wall

We sit side by side in every class

Teacher thinks that I sound funny, but she likes the way you sing

When silly thoughts go through my head

About the bugs and alphabet

And when I wake tomorrow I'll bet

That you and I will walk together again

Yes I can tell that we are gonna be friends

Yes I can tell that we are gonna be friends

1. Something On Your Mind by Karen Dalton
1A. Crimson and Clover by Tommy James and the Shondells
2. I Am, I Said  by Neil Diamond
3. Where's The Playground Susie?   by Glen Campbell
4. If You Could Read My Mind by Gordon Lighfoot
5. Gimme Some Truth by John Lennon
6. Gone With The Wind Is My Love by Rita and the Tiaras
7. In The Year 2525 by Zager and Evans
8. The Music Box by Ruth Copeland
9. The Ship Song by Nick Cave
10. Sometimes by James
11. I Walk The Earth by King Biscuit Time
12. Didn't Know What I Was In For by Better Oblivion Community Centre
13. When My Boy Walks Down The Street by The Magnetic Fields
14. The Man Don't Give A F**k by Super Furry Animals
15. All Flowers In Time Bend Towards The Sun by Jeff Buckley and Liz Fraser
16. Are You Lookin' by The Tymes
17. A Real Hero by College & Electric Youth
18. Feelings Gone by Callum Easter
19. Sunday Morning by The Velvet Underground
20. Did I Say by Teenage Fanclub
21. Don't Look Back by Teenage Fanclub
22. Your Love Is The Place Where I Come From by Teenage Fanclub
23. Belfast by Orbital
24. Clouds by The Jayhawks
25. Dreaming Of You by The Coral
26. Everlasting Love by Love Affair
27. Walk Away Renee by The Left Banke
28. Teenage Kicks by The Undertones
29. Shaky Ground by Sneeze
29. Rill Rill by Sleigh Bells
30. I Can Feel Your Love by Felice Taylor
31. The State We're In by The Chemical Brothers w/ Beth Orton
32. Sunshine After The Rain by Ellie Greenwich
33. Losing My Edge by LCD Soundsystem
34. Mondo 77 by Looper
35. Les Fleurs by Minnie Riperton
36. Rat Trap by The Boomtown Rats
37. How High by The Charlatans
38. I Can't Let Go by Evie Sands
39. Pop Song 89 by R.E.M.
40. Summertime Clothes by Animal Collective
41. There She Goes by The Las
Posted by everythingflows at 00:16