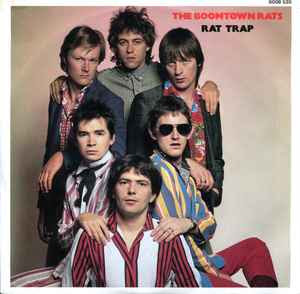 From 1998 - 2005 I spent a considerable amount of time travelling on the Glasgow Manchester United Supporters bus down to Old Trafford. I was extremely fortunate to see the reds regularly through an unbelievable period in their rich history. Fate played a role. I even managed to get a ticket for the 1999 Champions League Final in Barcelona! I blogged on that HERE back in 2019.

Beckham, Scholes, Keane, Giggs, Ole, Ruud, Ronaldo's debut (first time round) and some incredible games ... what a time to be alive! I had a League Match Ticket book and thought I would have it forever. But things change, I fell in love and we were extremely fortunate to go travelling around the world for a year, before getting married and settling down to have kids. The trips to Manchester became less and less frequent.

I met loads of great people that became (and remain) friends. As well as bonding over football and United, there were loads of serious music fans on the bus. So I was delighted to be encouraged to make mixtapes for the bus, leading on to CD's. They now have a portable bluetooth amp up the back of the bus!

Dave Sharkey, an exiled Mancunian who runs the bus, would always say 'get the punk tape on' when we were travelling back up to Glasgow and I discovered some cracking tunes as a result of it. 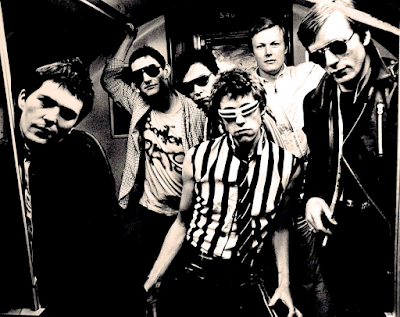 One of them really blew me away, Rat Trap by Bob Geldof's Boomtown Rats. I remember buying their Greatest Hits on CD the week after hearing this song on the bus.

Rat Trap by The Boomtown Rats is simply perfect. There is romance, realism, social commentary, cultural references (Top of the Pops), hooks, horns and vivid lyrics that paint a picture just flow effortlessly out of Geldof throughout.

The bass groove, the keyboards, the developing story, the way the song rises and falls. Rat Trap is the sublime sound of a band in full flight.

Upon writing this blog I learned that it was the first punk/new wave song to reach number 1. It replaced Summer Night's by John Travolta & Olivia Newton John's which had been number 1 for 16-weeks. Geldof and his band ripped up pictures of the duo to signal change.

There was a lot of rocking going on that night

Just down past the gasworks, by the meat factory door

The five lamp boys were coming on strong

And the, the pulse of the corner boys just sprang into action

And young Billy watched it all under the yellow street light

And said "tonight of all nights, there's gonna be a fight"

Billy don't like it living here in this town

(He says) "hope bites the dust behind all the closed doors"

And pus and grime ooze from its scab crusted sores

There's screaming and crying in the high-rise blocks

It's a rat trap Billy, but you're already caught

You're young and good-looking and you're acting kind of tough

Anyway it's Saturday night time to see what's going down

Put on the bright suit Billy, head for the right side of town

It's only 8 o'clock but you're already bored

You don't know what it is but there's gotta be more

You'd better find a way out, hey kick down that door

It's a rat trap and you've been caught

In this town Billy says "everybody says you gotta follow rules"

You walk up to those traffic lights

You switch from your left to right

Hey Billy, take a walk with me

Take a walk that leads to me

Oh little Judy's trying to watch Top of the Pops

But Mum and Dad are fighting don't they ever stop?

She takes off her coat and walks down into the street

It's cold on that road, but it's got that home beat

Deep down in her pockets she finds 50p

Hey is that any way for a young girl to be?

I'm gonna get out of school, work in some factory

Work all the hours God gave me, get myself a little easy money

Her min's made up, she walks down the road

Her hands in her pockets, coat buttoned 'gainst the cold

She finds Billy down at the Italian cafe

And when he's drunk it's hard to understand what Billy says

But then he mumbles in his coffee and he suddenly roars

"It's a rat trap Judy, and we've been caught"

1. Something On Your Mind by Karen Dalton
1A. Crimson and Clover by Tommy James and the Shondells
2. I Am, I Said  by Neil Diamond
3. Where's The Playground Susie?   by Glen Campbell
4. If You Could Read My Mind by Gordon Lighfoot
5. Gimme Some Truth by John Lennon
6. Gone With The Wind Is My Love by Rita and the Tiaras
7. In The Year 2525 by Zager and Evans
8. The Music Box by Ruth Copeland
9. The Ship Song by Nick Cave
10. Sometimes by James
11. I Walk The Earth by King Biscuit Time
12. Didn't Know What I Was In For by Better Oblivion Community Centre
13. When My Boy Walks Down The Street by The Magnetic Fields
14. The Man Don't Give A F**k by Super Furry Animals
15. All Flowers In Time Bend Towards The Sun by Jeff Buckley and Liz Fraser
16. Are You Lookin' by The Tymes
17. A Real Hero by College & Electric Youth
18. Feelings Gone by Callum Easter
19. Sunday Morning by The Velvet Underground
20. Did I Say by Teenage Fanclub
21. Don't Look Back by Teenage Fanclub
22. Your Love Is The Place Where I Come From by Teenage Fanclub
23. Belfast by Orbital
24. Clouds by The Jayhawks
25. Dreaming Of You by The Coral
26. Everlasting Love by Love Affair
27. Walk Away Renee by The Left Banke
28. Teenage Kicks by The Undertones
29. Shaky Ground by Sneeze
29. Rill Rill by Sleigh Bells
30. I Can Feel Your Love by Felice Taylor
31. The State We're In by The Chemical Brothers w/ Beth Orton
32. Sunshine After The Rain by Ellie Greenwich
33. Losing My Edge by LCD Soundsystem
34. Mondo 77 by Looper
35. Les Fleurs by Minnie Riperton