I've been going to gigs in Glasgow for almost 30-years and during that time I've been fortunate to witness legends, superstars, breaking acts, cult favourites and local bands playing outstanding shows in a city that is helplessly in love with music.

At times, I've been extremely fortunate to witness artists transcend above the outstanding description. A few extra special nights when absolutely everything clicks - it's the right moment in time when the band are on fire, the audience respond, the singer is completely in the zone, the lights fit and enhance the mood, the songs are above and beyond most other artists capabilities .... last night, for me, was one of those nights.

Kiwanuka was my album of the year in 2019. I was thoroughly looking forward to seeing Michael and his band play The Barrowland Ballroom in May 2020 ... finally, I got to see them.

And oh my, it was amazing.

I do hope that Michael takes his band to the hallowed turf of the Barrowland at some point. Two or Three nights there would be incredible and the roof might have to be doubly bolted on in advance, as the Barrowland roar would be extreme.

At one point Michael highlighted how long he waited for this, stating he was going to sing his heart out until he couldn't speak. Thankfully he didn't go quite that far ... but he went for it, the audience responded and that pushed him further. 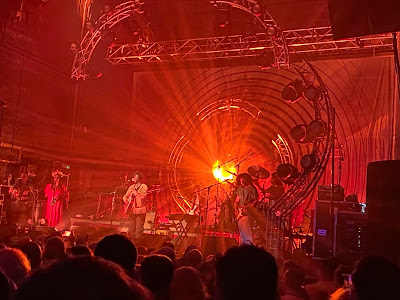 Shortly after 9pm his band took to the stage and jammed an intro before Michael strode on to a huge ovation. Quickly launching into You Ain't The Problem, it quickly became clear that everyone was in for a a treat.

Kiwanuka's lyrics and vocals are rich and soulful, his band are sh*t hot, but the way his songs are arranged is what elevates them to that special place. I could get done under the trade descriptions act for saying he had two backing singers as they add so much to the songs.

The real dirty funky groove of Rolling was an absolute delight, it was a joy to watch and listen to Michael and his band, lost in the music. Beautiful.

But then, oh, I've Been Dazed took beautiful to new heights. The band stopped for a brief second, Michael began to pick a psychedelic haze riff, so gorgeously slow and lazy, singing;

I've been dazed, my pride is gone

My Mistake, guess I'll move on 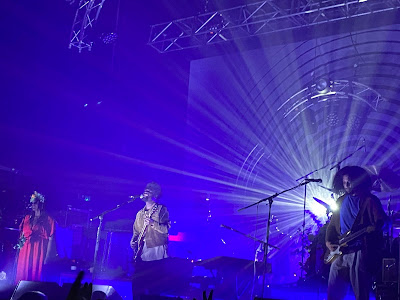 Playing most of (if not all of) Kiwanuka, the audience were completely mesmerised, spellbound by the magic taking place on stage. (I did hang about briefly at the end to try and get a setlist.)

The sound was absolutely spot on. The band played as one.

Black Man In A White World from 2016's Love & Hate album was a real highlight. Gospel, soul, politics and Kiwanuka really going for it.

Hero was pretty indescribeable. Just when you thought Michael and his band had taken things as high as they could, they reached higher. Opening (as the album) with Michael and his acoustic guitar, then the band came in with him. That brilliant electric guitar riff sounded even better live, the backing vocals were sublime.

Final Days is one of my favourites from the Kiwanuka album and it was joyful to hear it live. While Michael took to keys for an incredibly emotional Solid Ground. 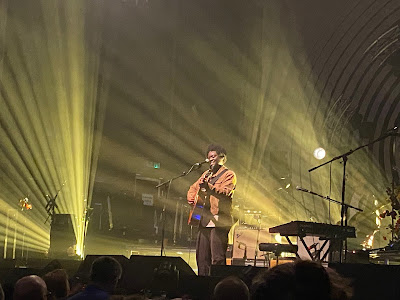 Reaching back to the title track of his 2012 debut album, Home Again was just Michael and his acoustic, his band gently easing in behind him. What a voice, what a talent!

And as for Cold Little Heart ... the Barrowland roar made it to the Academy!

Closing with Love and Hate to another huge reception, Michael and his band thanked the crowd, looking a little taken aback from the response. This was a special show by a really special talent.

Kiwanuka and his band return to Scotland in August for a show at the Summer Sessions in Princes Street Gardens with the backdrop of Edinburgh Castle behind them. 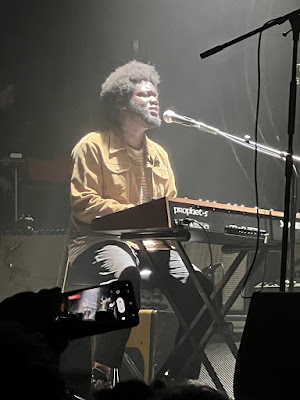