Talking In My Sleep 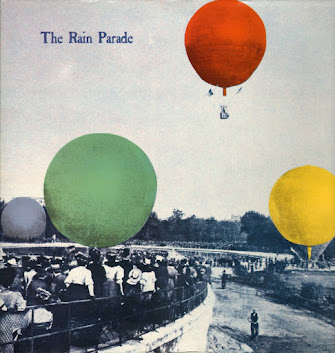 Cover version of the month #63

The Bangles cover The Rain Parade

The Rain Parade formed back in 1981 and soon generated a name for themselves among the Paisley Underground scene that was creating a buzz in California. Counting David Roback, who later went on to form Mazzy Star, in their line-up, The Rain Parade wrote melodic and moving guitar pop that gave a hefty nod to 60's bands like The Byrds.

Debut album Emergency Third Rail Power Trip was released in 1983, opening with the dreamy, chiming Talking In My Sleep, a song I only discovered around 18-months ago. I fell for it and enjoyed digging into the bands small but perfectly formed back catalogue.

After tweeting the song last week, Stuart Jackson replied saying that I should check out The Bangles version. I duly did and I was blown away.

The Bangles have a history with The Rain Parade as Susanna Hoffs had previously been in a band called the Unconscious with Roback.

Fast forward to 2018 and 4 of the bands from the Paisley Underground scene got together to cover each other for an album titled 3 x 4, released on Yep Roc Records. 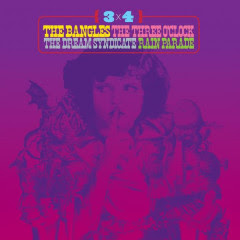 The guitar riff that opens Talking In My Sleep just sounds fresh and exciting, the beat and bass lock in behind it create a flowing groove that then has hushed vocals sprinkled over the top.

Talking In My Sleep allows plenty of room for the band to jam, there is a glorious rush of an instrumental section after the second verse, from 1 minute 16 seconds, through to the start of the third verse at 2 minutes 5 seconds.

Part of the beauty of this song is that there are only 3-verses, but the song is stretched to 3 minutes 49 seconds to allow the band time to play. The instrumental after the third verse is a full 80-seconds in length and it's just perfect, it sounds thrilling, fun and pure.

Lyrically the song seems simple, but the the repetition of sleep, sleeping, dreams and dreaming in the first verse just adds to the dreamy, blissful, guitar pop psychedelia vibe. 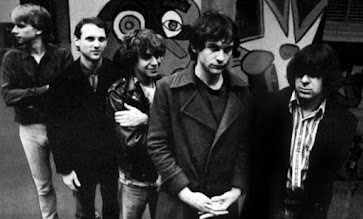 The Bangles 2018 cover version remains very true to the original, the guitar sound is pushed even more to the fore and Susanna Hoffs vocals are crystal clear dreamy, rather than the original's more shy / blurry vocal. It's absolutely gorgeous, I've been playing it a lot this week, hope you enjoy.

I know, I'm talking in my sleep

Sleeping in my dreams

Dreaming on my feet

I don't know what it means

There's something in my head

But it don't frighten me

I heard, a knocking at the door

I crawled across the floor

And tried to let you in

But you were gone before

I could turn a key

I find that people leave their homes

To find a place to go

I've seen them on the street

But I don't wanna stop

I thought I couldn't speak

And I wanted to go home