In a world and time where many recordings are produced, compressed and mixed to within an inch of their life, lets step back in time, to 1993, when Primal Scream decamped to Memphis to record the follow up to their seminal Screamadelica LP.

The band hired legendary producer Tom Dowd who had previously worked with all kinds of legends including Otis Redding, Aretha Franklin and Booker T and the M.G.'s. If the hiring of Dowd didn't give an idea of the sounds the Scream were striving for, they also hired in David Hood (bass) and Roger Hawkins (drums), the Muscle Shoals rhythm section who had played on so many classic soul cuts. 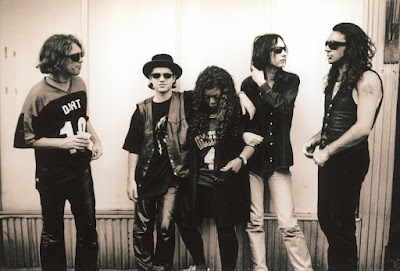 For whatever reason (mainly Sony didn't hear a hit), the Memphis recordings were shelved and the album was beefed up. Rocks got a new drum beat and added sheen, Jailbird was also polished up a little and the album came out in 1994 as Give Out But Don't Give Up.

It's only now, 25-years later, that the original 9 recordings with Tom Dowd, plus a string of extras, are being released, being discovered in a cupboard in Andrew Innes' house.

And oh what a treat it is to hear a band cutting loose, jamming, having fun, blasting out some good ole rock n roll and writing some outstanding ballads - building on the exceptional Damaged from Screamdelica. This is country tinged soul, Gillespie pours his heart out, the band are in sensational form, free from the electronics of Screamadelica, free to play, to express themselves and play they do. Jailbird pulses and thrills, its looser than the version released as a single an on the album back in 1994, but its all there. Stabbing horns, euphoric backing vocals and Gillespie sounding like he is having the time of his life. Living the dream.

It's interesting to hear Rocks without the pounding drums that usher in the 1994 single version. This is the sound of Primal Scream as a super cool rock n roll bar band, guitars driving the song, horns lifting it higher and Gillespie urging us to get our rocks off. It's super cool raw rock n roll and Martin Duffy has a cracking piano solo in it.

The Faces-esque rock n soul of Call on Me continues the upbeat start to the album. Gillespie and Denise Johnson combine brilliantly. Tom Dowd's production captures a band on fire.

Primal Scream's ballads are often overlooked in their career, but there are so many gems. Going back to I'm Losing More Than I'll Ever Have (transformed into Loaded) through to Sometimes I Feel So Lonley.

Everybody Needs Somebody is a stunner, Gillespie urges we got together babe over a gospel backing vocals, Throb (Robert Young) coaxes soulful riffs on lead guitars and you can just imagine Gillespie looking on in awe as his band jam on behind him.


A little bit of soul
Is worth more than gold 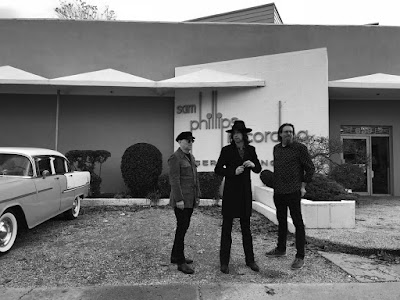 The 'feel' that is captured on the Memphis recordings is stunning. The soul and passion leaps out. Sad and Blue with the bluesy slow harmonica and star reaching vocals of Denise Johnson utterly beautiful. From memory I recall an interview from the time where Bobby Gillespie says something like 'no-one can play as slow as us, it's beautiful'. Listen to this and you get what he means.


Shine a light on me sister, let your love light shine

This version of Big Jet Plane is gorgeous. The band feel their way in and Gillespie's stoned soul has never sounded better with the added sugar of a gospel choir coming in to lift the chorus. The horns are delicious. Mournful and soulful.

Gillespie hands lead vocals to Denise Johnson for the incredible Free. And oh how she soars. There is an almost jazzy feel to this recording, the sax, the piano, the slow groove. It's almost 7-minutes long and it's so easy to get lost in it.

Jesus (which would become I'll Be There For You) is another stunning ballad, Gillespie singing over an organ before heavenly gospel backing vocals and the band lift the song to another level - towards the stars. The instrumental from 3 minutes 40 seconds is sublime. The Primals don't rush things, again they let the soul ooze out over 6.5 minutes and every second is vital.

Primal Scream really hit the mark with Cry Myself Blind, an uplifting soulful ballad that find Gillespie so broken hearted that he could do just that. The band play beautifully, Denise Johnson sings like an angel, Gillespie turns in another brilliant performance - possibly his most emotional vocal?, and if Robert Young's guitar could talk then it would be multiplying Gillespie's broken heart ten fold.

There is a heap of incredible bonus tracks. Sadly not available on vinyl, the instrumental Country Guitar is a standout, bluesy country tinged soul. Early jams on the likes of Sad and Blue, Big Jet Plane and Bobby singing lead on Free are excellent. Funky Jam (to be revisited on Give Out But Don't Give Up) does exactly what it say on the tin and there are some rough covers.

The Original Memphis Recordings capture a moment in time, it is a brilliant addition to the Primal Scream catalogue. Gillespie (vocals), Innes and Young (guitars), Duffy (piano) and Johnson (vocals) are in stunning form, raising their game to match the playing of the Muscle Shoals rhythm section an the reputation of Tom Dowd in the producers chair.

In Gillespie's words (now) it was a perfect album, 3 rockers, 6 ballads, but the album was rejected by Sony as they didn't hear a hit. So the album was pretty much rerecorded and by the time it came out it had cost around £1 million to make. Patchy sessions had already taken place at the Roundhouse in London before the band flew to Memphis.

25-years later, it's out and it is beautiful. The 9-track album is available on vinyl, all of the bonus tracks are on a deluxe CD and are also available on streaming and download sites. It would be hard for Primal Scream to revisit this album live without Robert (Throb) Young as his exceptional guitar playing is all over the album, but it is something I hope they are considering. 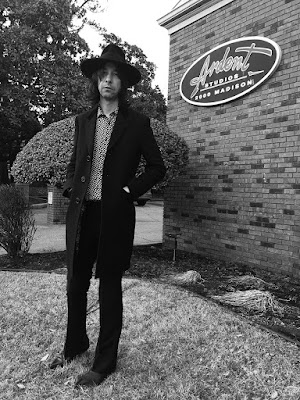 superb article. right up my alley

I'm really enjoying this version of the album. There's an interview with the band on hmv.com where they talk about recording the album (well, the bits they can remember!).