One of my favourite Teenage Fanclub songs (definitely top 5) is an old b-side called Broken, released as a b-side to Ain't That Enough back in 1997. It never used to be in my top 5 until the band played it many years ago when they did a b-sides and rarities night at Oran Mor in Glasgow. I fell for it big time and since then it is a song I have returned to many, many times.

It was the penultimate song of their 3-nights at the Barrowland Ballroom and it was truly, truly beautiful. I have experienced some incredible moments in the Barras and this was up there. Starting with Norman on acoustic, the band gradually joined him, playing the same fragile riff over and over before Norman started singing your heart has been broken again, it's broken, it's broken.

The song is deceptively simple on paper. There are no more lyrics, they are just repeated like the riff. But the combination of the playing, melody, lyrics, feel and performance of the song is magical. Even more so tonight. Norman and the band gradually fade out and as they faded you could hear the whole of the Barrowland Ballroom singing just as gently, as hushed and as considerate as Norman;


My heart has been broken again
It's broken, it's broken

It was a spine tingling Barrowland moment, kind of difficult to describe, just trust me on this one! My favourite band, playing one of my favourite songs in my favourite venue. Quite a few people seemed to get some dust in their eyes, possibly even some of the band. 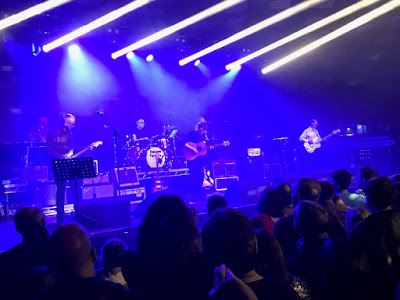 And so I'm back home beginning to wonder what I will do tomorrow night. I've seen Teenage Fanclub 4-nights out of 6!

Tonight was the turn of Howdy! and some b-sides and rarities. The second set will cause me to go up in my loft tomorrow to dig out all my old CD singles. I had forgotten about some including a Gerry Love song called Getting Real which is outstanding! I thought it was a cover tonight! In fact it is so good, check it out! It was even better live.


Highlights from Howdy! were Gerry's impeccable Near You, Raymond was outstanding tonight with The Sun Shines From You being my favourite of his, while I'll plump for Norman's If I Never See You Again as my own highlight from his songs from this album.

Norman was beaming all night, a smile was never far from his face. Brendan appeared regularly to assist the band and as always generated smiles and laughter. Paul Quinn was fantastic on drums whilst Francis contributes so much, his backing vocals/harmonies were superb tonight, and of course the ever reliable and supremely talented musician Dave McGowan played all manner of instruments. 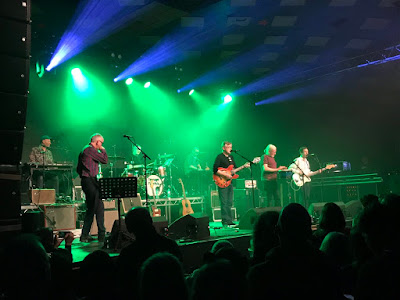 The second set of the night was probably my favourite though. The band seemed relaxed and in great spirits as they opened with Norman's sublime Did I Say. Raymond's My Life was another I didn't remember, while Long Hair is one of my favourite Fanclub songs - power punk pop. It sounded sensational with Dave joining Norman and Raymond on electric guitars.

Norman's Some People Try To F**k With You was outstanding and Gerry and Norman singing together on He'd Be A Diamond always caused a nice shiver down my spine.

The aforementioned Broken was magical and a romp through The Flying Burrito Brothers Older Guys closed the night and what may be Gerry Love's final Glasgow show with Teenage Fanclub.

Despite the odd shout from the crowd for a speech, I don't think anyone was really expecting the band or Gerry to make a big deal of it. They've said their piece. Lets just enjoy the amazing music, the memories and also look to the future.

My take - I doubt very much that was the last time I will see Gerry with the band in Glasgow again. I certainly hope not! But the band are off on tour and hopefully Gerry might release some new music.

Now, could I get a ticket for a Manchester or London show.... 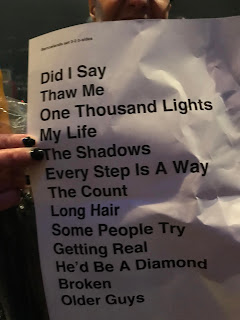