Teenage Fanclub at the CCA

Many of the songs from the two sets the band performed hadn't been played live in circa 25-years, some had never been played at all. So to hear and witness them live in the intimate setting of the reopened CCA was pretty special.

The fact that the Fannies opened with the almost sacred Gene Clarke was incredible. This is a song that fans have been passionately shouting for at almost every Fanclub gig I have ever attended. People were still queueing to get in when they started. The opening instrumental sounded glorious and then Gerry Love took control and set the controls for the heart of the sun. What a start!

The guitars sounded gorgeous and the band sounded slick and oiled, but with that raw Fanclub soul, swiftly rolling into Metal Baby and Escher before Brendan O'Hare on drums took on lead vocals for a sublime Sidewinder, a bit of a highlight for me. 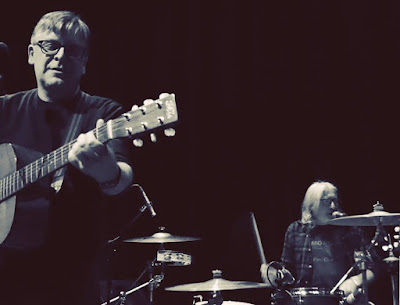 My favourite band flew from one into another of my favourite songs. The guitars collided to sound heavenly for Alcoholiday. And if the Creation shows have given me reason to revisit albums from my youth then Gerry Love's Fear of Flying has become a real favourite. It sounded even better live. Raymond's 120-minutes was blissfully simple and beautiful for it, listing things he doesn't know before the kiss off I just wanna see your face again, be my friend.

Guiding Star may well have been my song of the night, it tugged on heart strings I didn't know I had, I may well cry at the Barrowland Ballroom when it is played on Monday night. Commercial Alternative is the joyful sound of a young man in love sounding even better 25-years down the line and the closing instrumental of Is This Music? with Gerry, Raymond, Dave and Francis on electric guitars was utterly stunning. 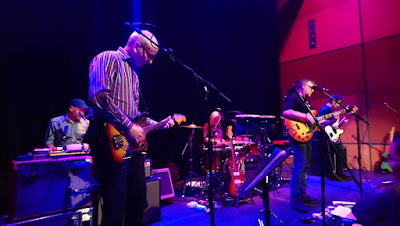 One of the best things about last night was that there were two real Fanclub fans on stage in the shape of Dave and Brendan. Dave's smile was a wide as the Clyde all night as he got to play these rarely heard songs to an audience that lapped them up. Brendan was the same, full of excited nervous energy (in a good way) and displaying quick wit and good humour throughout. 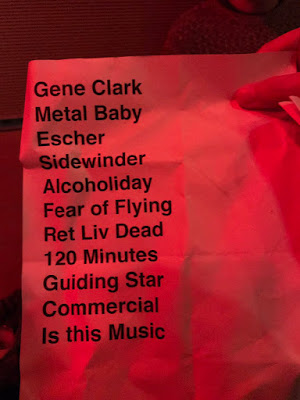 There was a short break and just enough time to pop to the downstairs bar for a beer, arriving back to find the band blitzing into Speed of Light. Paul Quinn was on drums for the second set, one which for me, highlighted the development of the band. To see the band up close playing songs from Bandwagonesque and Thirteen, followed by a set from Grand Prix, Songs from Northern Britain and Howdy! really showcased their development as songwriters and artists.

Norman and Gerry's voices gelled with ease, their harmonies sounded sublime, Cul De Sac was a particular highlight. Raymond's guitar flourishes were subtle at times, at others they soared. Tears was beautiful, Take The Long Way Round was a blitz of glorious guitar pop, Dumb Dumb Dumb was spine tingling and it was a delight to hear I Don't Care live.

Going Places was just perfect and Neil Jung was another glorious collision of guitars and Norman Blake singing his heart out.

What a fantastic night, the band were in top form and it was lovely to speak with Brendan before the show and hear how excited he was about everything. And it is always a pleasure to meet and converse with fellow Fanclub fans. Roll on the Barrowlands. 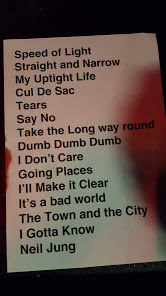