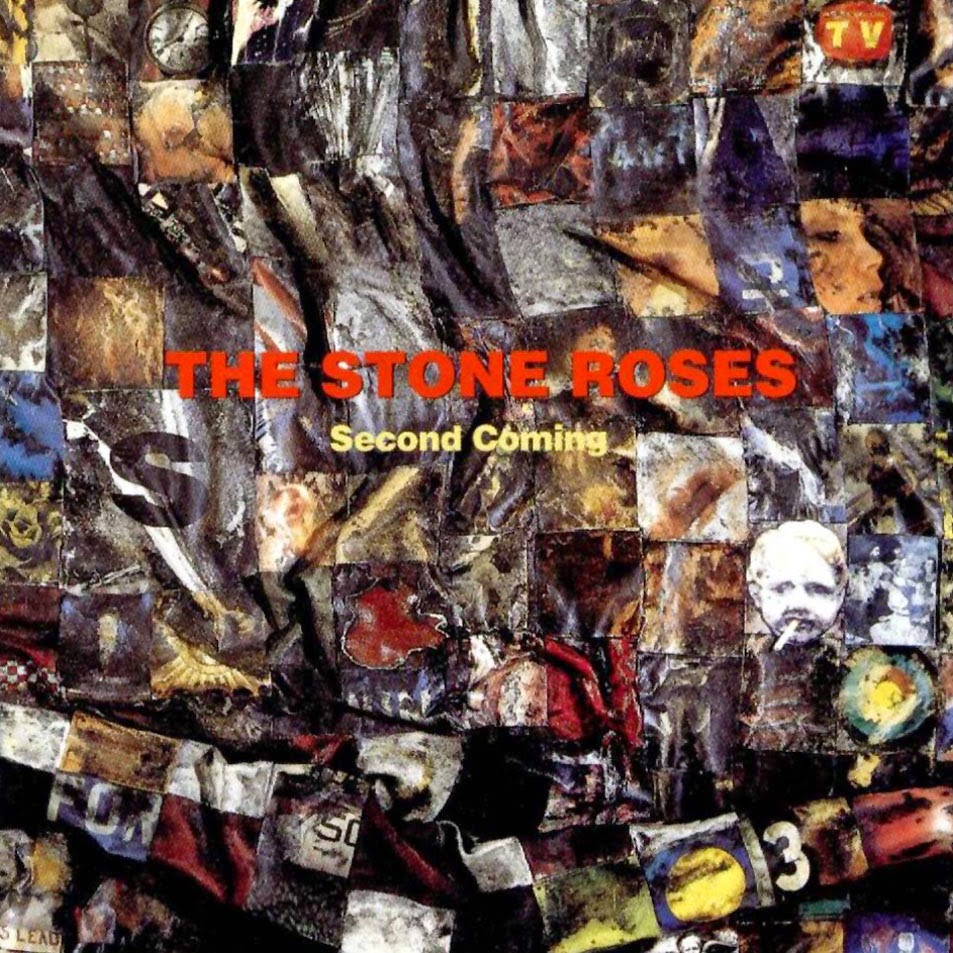 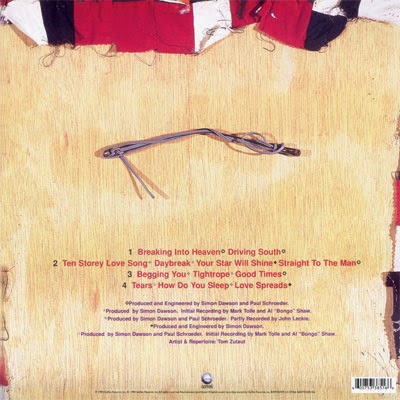 20-years ago today I took a half day at work, nipped into HMV and bought the Stone Roses Second Coming on CD and vinyl. I got the train home from Glasgow back to the sleepy suburb of Carluke and me and my brother put the record on and sat back on the sofa to listen with eager anticipation.

I don't think I've ever felt such a sense of anticipation about a record since. The Roses eponymous debut album had been one that my brother and I had fallen for madly. However we had been too young to fully embrace it when it came out in 1989, I was only 13 and my brother was only 10.

1991 was the year I fell for the Roses, I was 15 and songs like Made of Stone and Mersey Paradise were staples on mix tapes in the 5th year common room at school.

Like many, I got to know every riff, hi-hat, melody and beat of their debut album, it was like a drug, you wanted more and you found something new every time. The look of the band, their artwork, lyrics and style just made me fall for them hook, line and sinker.

The Roses became an enigma, shrouded in mystery; no gigs since Glasgow Green in 1990, no new material, legal battles, a new huge record deal, rumours, false dawns, retreating into their own world.

Pre internet I poured over the NME and Melody Maker on a weekly basis in the hope of some news, the NME even sent reporters to track them down to find out what was happening. As is the case in 2014, the Roses kept quiet. 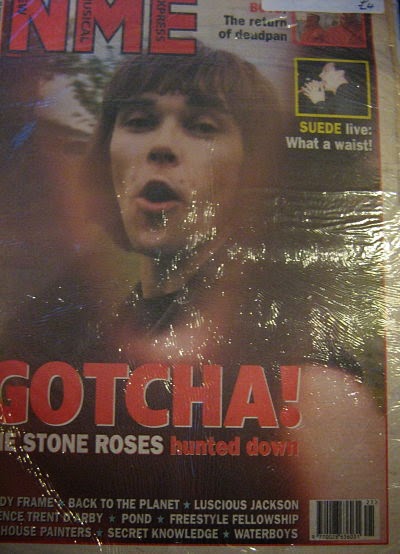 Ian Brown tracked down by the NME

And then it happened; the Second Coming was announced and it was happening in December.

Back in Carluke I got home and put the CD on (I had also bought the double vinyl being the Roses geek I am) and my brother and I sat entranced as the sound of Breaking Into Heaven came out of our speakers. The intro was cinematic and epic, jungle sounds akin to Apocalypse Now, distorted guitar and tribal beats.

A full 4 minutes and 30 seconds pass before a menacing groove kicks in and we hear Ian for the first time;

This was different, yet mesmerising; Mani and Reni were tighter than ever, Squire just oozing class and Brown sounding cool and menacing. The shift in pace towards the middle eight is glorious;


How many times do I have to tell you, you don't have to wait to die?
You can have it all any time you want it
Yeah the kingdom's all inside

Squire is let loose for the closing 150 seconds, riffing off himself as Mani and Reni keep the groove. It is an epic opener, all 11-minutes and 21 seconds of it, continuing the religious imagery of I Am The Resurrection that closed the debut in such memorable fashion. You wouldn't be pogo-ing to this at the indie disco though, this was a more mature Roses with a harder edge.

Driving South emphasised that the Roses had moved on from the chiming guitars that were all over their debut. Rumours had been circulating that Led Zep were never far from the Roses/Squire's turntable and this was proof. Squire is all over this - it's an OK song, far from the best the Roses produced.

Ten Storey Love Song is one of the Roses finest moments. Any hints of Zeppelin are banished as chiming guitars are ushered in gently after a loose jam with Reni in top form. 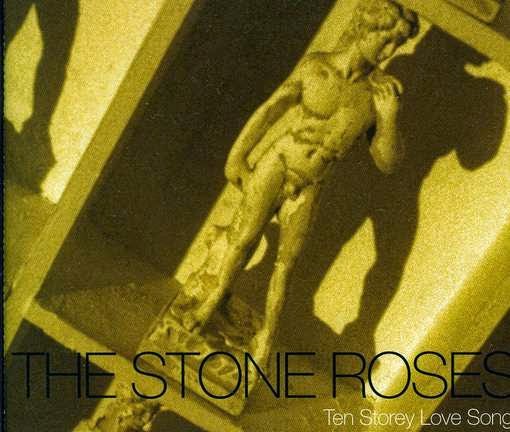 Tears streamed from my eyes when I saw the Roses playing this in Amsterdam in 2012. It is one of those songs that just generates a special feeling within.

Squire's guitar is dipped in honey, producing sugar sweet rushes. Brown responds to the melody he has been given and his vocals on this tune are amongst the best of the album.

Daybreak is a loose jam, coming in straight after Ten Storey Love Song. Squire, Mani and Reni are exceptional musicians and I would personally love to get access to the hours and hours of recordings from this era that must be lying in a studio somewhere just waiting to be dusted off. I imagine there must be a lot of jams - the vast majority without vocals - but they would be great to hear.

I personally really like Daybreak, it sounds pretty fresh, the guitars haven't been piled on like they have on other tracks. There are not many bands who can play like this.


One more for the dreamers 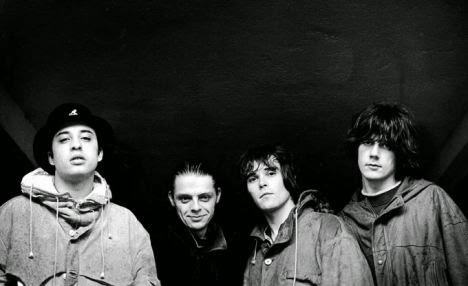 Fans were first introduced to Your Star Will Shine as the b-side to Love Spreads. It is a beautiful song; acoustic guitars with some backwards effects going on. The harmonies towards the end are spine tingling.

Straight To The Man is Ian Brown's sole songwriting contribution to the Second Coming. The Squire/Brown team that had brought us so many songs that we had fallen for had essentially split due to the fact that they no longer lived close to each other, the court case, drugs and family life. It is very organic, akin to much of Brown's future debut solo album. It's loose and funky.

Every time I listen to Begging You I think of the lost albums/songs the Roses could have made during the wilderness years. In my imagination there is an album containing this alongside the likes of Fools Gold, One Love and Something's Burning.

Those 3-songs were exceptional. No other band was producing anything like it. Can you imagine the kind of tripped out psychedelic album the Roses could have created if they didn't have their legal issues hanging over them?! 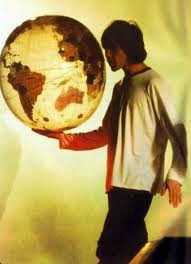 Ian Brown at Spike Island with the world in his hand

Begging You was released before the Chemical Brothers sensational debut album Exit Planet Dust came out in 1995. It is a fascinating insight into what Squire and the Roses were all about and I'm amazed they weren't tempted to try and create more tunes like it. 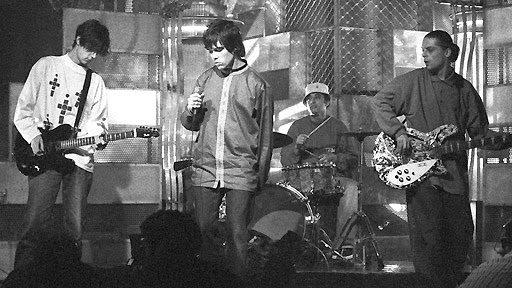 The Roses on Top of the Pops

Tightrope is quite simply beautiful. I'd highly recommend the live version released on the ltd edition Crimson Tonight EP; check it out here.

The album version starts quite raggedy. The guitar is very un-Squire like; sounding really raw and almost out of tune. It's like the Roses have gathered around a campfire.

Lyrically it has to be one the most poetic Roses tunes on offer. Brown sounds great and Reni harmonises with him beautifully.

Good Times is more Zep influenced rock. Where Squire's guitar playing was once measured and considerate, here he lets rips, showing his talents in a different way.

When I listen to this I can't help that the band are talking to themselves but aren't convincing that the good times are going to roll again.

who stole away our time?

how many days have I been lying on my back 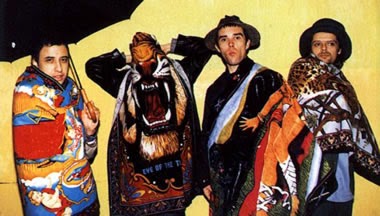 Tears is an absolute masterpiece, the Roses at their very best. A beautiful acoustic riff ushers us in, Brown is measured and considered for the first two verses before he ups a gear as the band hit their stride and Reni comes in on the drums.

Squire is in absolutely sensational form on Tears - riffing off himself and taking the song to new levels. Vocally, it is up there with Brown's best performances.

The extended instrumental section is exquisite, highlighting how formidable Squire, Mani and Reni are when they get in the groove. This is 6 minutes and 50 seconds of the Roses at their majestic best.

How Do You Sleep is vintage Roses, chiming guitars, a strong melody, imagery, the band stretching out, Brown in good form.

Love Spreads was the comeback single and it closes the album. It's back to menacing bluesy rock, Squire allowed to let rip over the super tight rhythm provided by Mani and Reni. The importance of the backbone of the Roses cannot be understated, their playing on the Second Coming is sensational, totally on it. Check out the isolated drum track of Reni playing below.

Second Coming doesn't flow like Stone Roses, but then not many albums do. In an old post-Roses interview Squire agrees with it being a flawed masterpiece. I like that description.

One of the reasons I find the Second Coming to be an excellent album to return to is the variety of styles on offer - largely, I believe, due to the length of time taken to record it.

To my ears there are 6 styles making up Second Coming;

We can only dream of the Third Coming....
Posted by everythingflows at 12:35