One of the hardest working guys in the Scottish independent music scene must be Lloyd Meredith who runs Olive Grove Records and manages Randolph's Leap. Lloyd also used to run the highly respected Peenko blog, but after having a beautiful daughter something had to give!

Olive Grove Records is growing from strength to strength, enhancing its reputation year on year through consistently brilliant and interesting releases. Releases by The Son(s) and Skinny Dipper have been favourites of mine in 2014.

I caught up with Lloyd to find out how 2014 had been for him. I'm off to check out some of his musical highlights! I also caught up with some of the acts from the Olive Grove Records so expect their reviews to follow through the week.


1. What singles/songs that have been released in 2014 have stood out for you?

I don't think all of these tracks were necessarily released in 2014, however, they are 3 of my favourite songs that I've listened to this year.

Ezra Furman - My Zero
2. What albums released in 2014 have you enjoyed?

Excluding the albums that I have personally been involved with releasing, I have found a lot of time for the following albums this year: The War on Drugs - Lost in the Dream

The Notwist - Close To The Glasss

I have found myself gorging on old Belle and Sebastian albums a fair bit this year. I am really intrigued about what their new album will be like and I can't wait to see them at the Hydro in May!

2014 has been a pretty amazing year for me, both in terms of the label and managing Randolph's Leap. I honestly don't think I could pick out one single thing, the Olive Grove showcases at Celtic Connections and as part of the Pleasance Sessions were massive for me, seeing Call To Mind play with the Cairn String Quartet up at Eden Court Theatre was pretty damn special. Releasing actual records with The Son(s), Skinny Dipper and Call To Mind was really important for me, having never released anything on vinyl through Olive Grove, it meant a lot to me. If you add in everything that Randolph's Leap have achieved since the release of their debut album, Clumsy Knot, then it's safe to say that the past 12 months have been pretty damn ace! 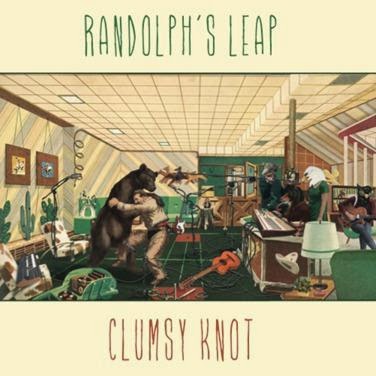 Hopefully we'll be releasing new albums from Woodenbox and the State Broadcasters, plus there might be another addition to the Olive Grove family. Also, Randolph's Leap are just in the process of recording their first ever studio album, so hopefully that will be out at some point too.