For a few decades I had an imaginary band.

I wrote loads of songs as a teenager and into my early 20's, but other than the odd occasional open mic and the creation of a MySpace page, I never did anything with them. I never formed a band, other than in my head.

Anyway, last year I found folders of my old songs up in my Mums loft. I enjoyed looking through the lyrics; some were terrible, some were real teenage angst, others were OK. There were loads about dreaming, some even had chords I had written down and as I poured through the songs I found myself remembering some of them. Some were actually alright!

I dug out my guitar and recorded some very rough demos. I really enjoyed playing, it was fun and something to do during lockdown. It was escapism. After a while I sent a few of the demos to my friend James. I was delighted that he like them and we booked a rehearsal room to jam them out.

I talked about combining acoustic guitar with electric, like The Lemonheads did so well with their It's A Shame About Ray and Come On Feel albums. James introduced me to Strung Out In Heaven by Brian Jonestown Massacre. He totally got the sound I was looking for and was amazed I hadn't heard the album.

We had 3 very sporadic sessions over 18-months before regrouping in January for one final rehearsal, then we went into a studio to record an EP.
I think I might have formed a band! I have formed a band! We're called Starboard Hazes.
Read on for more details.
Kicking Our Heels (excerpt)

Personnel - Murray Easton & James Barker + whoever we can rope in.

How did Starboard Hazes form? - As above, I started playing old songs I had written up to 30-years ago! I really enjoyed playing, working out some chords and melodies to go with lyrics, combining half finished songs and recording some very rough Garage Band demos.

After a while I was confident enough to send them to my friend James who I've known for 20-years or so. We used to work together at Abbey National, in the big office at the top of St Vincent Street. James was someone I knew was into the same music as me through his mod style haircut, Fred Perry bag and his jacket. James and I met up a few times to jam on them.

And it was great fun. Actually it was more than that. I felt pretty elated after meeting up to play guitars and talk music, especially as we couldn't go and see bands. So we were forming one! After decades of being a music fan, following bands, writing about bands, managing bands and putting on bands ... I decided I wanted to be in one. It's my lockdown/midlife crisis! Or awakening! 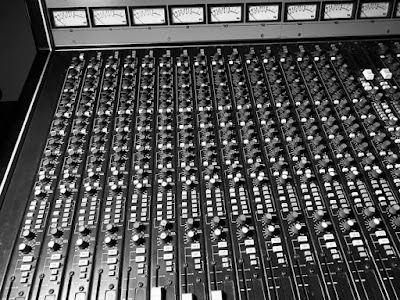 Recordings? - I booked La Chunky studio in the Hidden Lane, Glasgow.  The first session at the end of January (2022) was immensely energising and great fun. We recorded the instrumental sections for 4 songs. James played lead guitar, I was on rhythm and our friend Callum was on drums. James overdubbed bass afterwards and I added some acoustic.

The 2 main songs (Kicking Our Heels and Keep On Dreaming) were recorded in 2 or 3 takes. Then we recorded 2 instrumentals completely live and unrehearsed which was great fun. One (Out Of My Mind) has lyrics that were then recorded in February , the other (Reflected Sunlight) is a psychedelic freakout instrumental - see above.

I invited my friend Annmarie down to the studio when I was recording vocals at the start of February and asked if she would sing on Kicking Our Heels. I was very much going for a Lemonheads (Evan & Juliana) vibe. Annmarie kindly came down and asked if a friend could pop in later on as they were going out for drinks. I was pretty amazed when Norman Blake showed up!

Norman hung out and offered some ideas on Annmarie's harmonies. She improvised something really nice over the instrumental section as she was warming up that I loved. So Norman got up and sang harmonies with Annmarie. Amazing! If I hadn't asked Annmarie (and I only gave her 3 days notice!) and it hadn't been that specific night, then Norman wouldn't have been on the song. Fate!

Annmarie also added some lovely touches to Keep On Dreaming. In just a couple of hours she made a big difference. 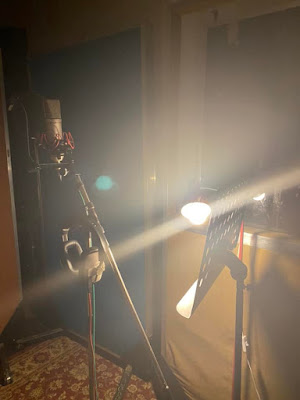 Influences - The Lemonheads, Teenage Fanclub, The Velvet Underground, The Jesus and Mary Chain (and loads more)

Plans - We'll release Kicking Our Heels to introduce the band to everyone. And see what the reaction is! Our main goal is to play a gig! Even if we just release a single, EP and play a gig I'll be pretty happy! Things I have always wanted to do.

Having said that I've really loved the whole recording experience and I've earmarked another few songs to work on with James and go back into the studio. So we might do it all again. 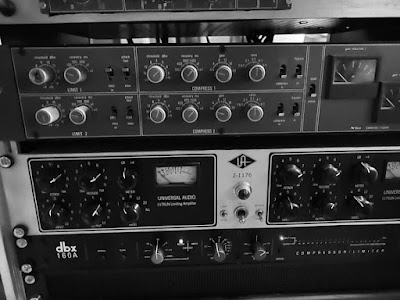