How Does It Feel To Feel 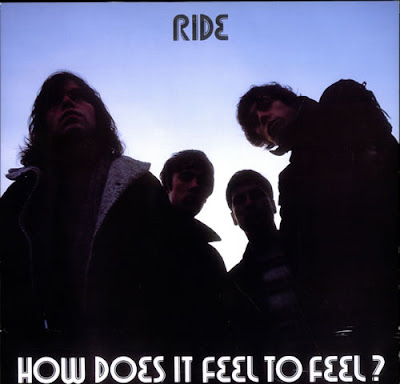 Ride formed in 1988 when four teenagers met through two different art colleges in Oxford. Andy Bell, Mark Gardner, Loz Colbert and Steve Queralt kind of knew each other but came together to form Ride and they quickly made their mark by self-recording and producing a demo tape with the songs Chelsea Girl and Drive Blind.

Ride looked, sounded and acted like a real band. Bell was a huge fan of independent guitar music and their demos quickly got into the hands of people like Jim Reid from the Marychain and word got out that they wanted to sign to Creation Records. The full story behind this and their subsequent rise to indie fame is brilliantly documented in the Creation book My Magpie Eyes Are Hungry For The Prize. 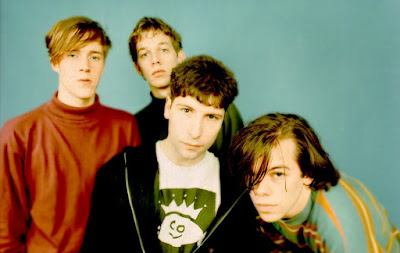 Their early EP's thrilled music fans across the country, Ride then delivered a brilliant debut LP in the shape of Nowhere in 1990, following it swiftly with Going Blank Again in 1992. Both contained seminal tracks like Vapour Trail and Leave Them All Behind. Their sound was psychedelic with vocals lost in the mix of guitars at times, their performances led to NME and Melody Maker labelling them (and other bands) shoegazing.

Ride's Carnival Of Light album then came out in 1994. I loved it and remember watching their Glastonbury set live on the BBC and marveling at the way they looked and sounded. They sounded fresh, the guitars had been stripped back a little, the vocals were clearer and they seemed to be developing as songwriters. Little did I know that there was quite a bit of internal conflict between the band with Mark Gardner having all his songs on side 1 and Andy Bell taking side 2.

Side 2 also contained a cover - How Does It Feel To Feel? by the band The Creation (who the label was named after). The opening of guitars feeding back over a beat captivated me as an 18-year old and I still feel the sense of energy and urgency now.

It is a glorious noisy and psychedelic mess for 3-minutes and 45 seconds. Gardner and Bell's voices combine brilliantly to ask a series of questions through the verses before most important question becomes a the chorus.

Ride's version is very true to the original. The feedback that 60's beat bands were discovering and exploring (notaby through the commercial success of The Who and The Kinks) is key to the energy of the song. It is garage psychedelic pop brilliance and Ride cover it beautifully.

Labels: Andy Bell, Carnival of Light, Creation Records, feedback, Going Blank Again, How Does It Feel To Feel?, Mark Gardner, Nowhere, psychedelic, Ride, shoegaze, The Creation, the kinks, The Who