Teenage Fanclub at The Trades Club

A few years ago Teenage Fanclub played a show at The Trades Club in Hebden Bridge as a warm up show before supporting The Foo Fighters in Manchester. Online reports were pretty euphoric, a teeny tiny venue with a cracking sound system in a gorgeous town.

So two months ago, when the band announced they would be returning to warm up before playing the Green Man Festival, I was determined to go and was fortunate to get a ticket - and the go ahead from my wife for a one-night holiday!

I wasn't disappointed. Hebden Bridge is beautiful, it's like going back in time. The village is set in a lush green valley with a canal running through it. There are cobbled streets, stunning old bridges, cool independent shops, cafes and bars and there is a very relaxed vibe to the place. I enjoyed a lovely walk around and a coffee and cake in The Bicycle Den by the canal before a pint in the White Lion.

The Trades Club beckoned though and I took a walk along to check it out. I could hear the band soundchecking as I walked along the street and wandered up the stairs. Reports of brilliant asian street food being served at the venue were true and I had a stunning vegetable coconut curry and a beer as the band finished soundchecking in the next room. 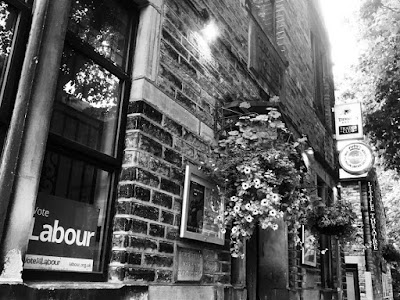 Posters lined the walls of the bar and it is no wonder bands and artists choose to come to this cracking little venue - Patti Smith is one of the biggest names to have played, but the town, venue and friendly welcome ensure they come back again. It was top marks all round from me, I'd love to go back down the next time the Fanclub play. Some friends I met through the Teenage Fanclub Fanclub forum and Facebook page arrived and we swapped stories about Fanclub gigs from years gone by, records, the Creation reissues and forthcoming shows. There were two lovely girls who had traveled all the way from America for this small show! 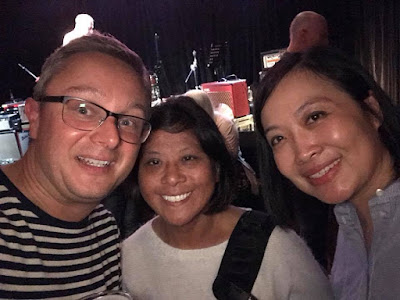 There was no support and Teenage Fanclub bounded on to the small stage and began with Sometimes I Don't Need To Believe In Anything immediately gelling with Francis MacDonald in great form on drums. The bands legendary guitar tech - Guitar George - ensured there were some quick guitar changes as the band tore into Start Again followed by Don't Look Back. Norman thanked us all for coming and joked about the band overdosing on Haribo backstage!

It really was a joy to see the band at such close quarters in such a brilliant wee venue.  It was hot, sweaty and everyone was having fun. Raymond's guitar fizzed at times, Thin Air was exceptional, and Verisimilitude sounded sublime.

I Don't Want Control Of You always causes me to think of my kids, while Star Sign makes me feel like 15 and I might even have attempted some pogo-ing! 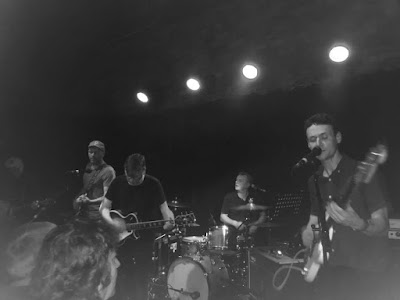 Ain't That Enough has a skyscraping chorus and it felt like there was an extra surge in the last one as the entire crowd joined in, Gerry and Norman's voices combined beautifully. The set closed with a ferocious double header - the pure pop perfection that is Sparky's Dream followed by the bands debut single, the stunning Everything Flows. Dave McGowan came from behind the keys to create a glorious noise with the three electric guitars sounding like heaven.

The encore was a blast through Grant McLennan's brilliant Easy Come, Easy Go before Raymond's stunning Can't Feel My Soul which features some of my favourite guitar playing from him before the band closed with the spine tingling rush of The Concept.

Teenage Fanclub are a truly special band and they were in sparkling form last night, see the full setlist below if you can make it out from my dodgy picture. Post show I had the added bonus of being invited backstage for a beer by Dave afterwards and it was fantastic to chat to (and quiz)  the band about the forthcoming Creation shows and songs. To be able to watch my favourite band in my favourite venue playing some of my favourite albums 3-nights running is going to be incredible. 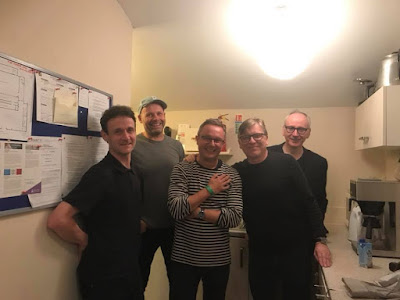 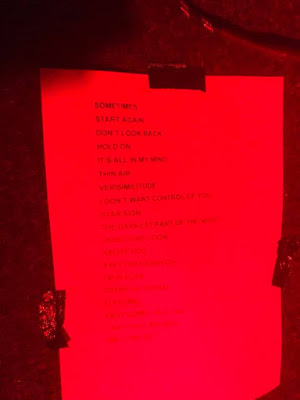