The Scottish music scene is in a particularly rich vein of form right now with 4 young artists signing deals with major labels since the turn of the year and many more turning heads and gathering attention.

Here is a quick run down on the 4 acts that have been snapped up, it will be interesting to see how they develop and if the labels allow them time to do just that;

Neon Waltz, a young band hailing from Wick, captured the attention of many by seemingly coming out of nowhere with their home made demos, covers and videos, signing with the same management company as Oasis and then subsequently to Atlantic Records. Their young front man has something about him and the band gel superbly. They are still very much in their infancy but 2016 could be a big year for them. 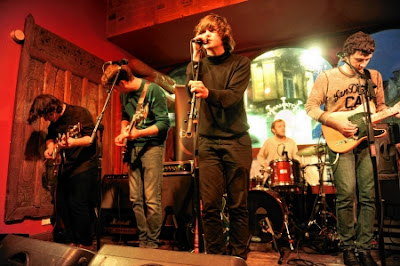 I caught them live at Wickerman recently and they had a few stand out songs as well as many more that sound promising; they look good, the frontman stands out a mile and demands attention, their duelling guitars create a brilliant sound and they really do gel superbly.


Fatherson went about things the complete opposite way from Neon Waltz - working hard, playing loads of shows, self releasing and building a bigger and bigger following. Their young manager Michael Lambert teamed up with Idlewild's manager Bruce Craigie to form A Modern Way - a management company and record label; very handy and indeed - very modern. Fatherson's I Am An Island that they released in 2014 only increased the interest in the band leading to an incredible performance at T in the Park where they packed out the King Tut's tent (see video below). Their hard work has paid off and they recently signed with Easy Life Record, an offshoot of Sony. 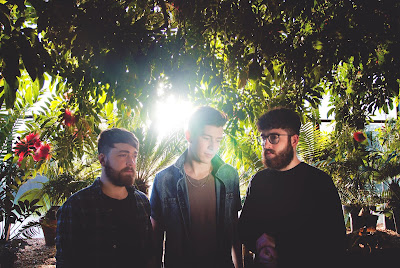 Singer Ross Leighton is in this for the long haul and I have heard many people compare them to Biffy Clyro; not just for their Ayrshire roots but for their growing sound, reputation and fanbase - they could be building to something pretty special and now they have the backing to do it.


White burst on to the scene last year and my friend Gordon alerted me to their fantastic song Living Fiction. The song mixed Franz Ferdinand with LCD Soundsystem and all kinds of 70's and 80's pop, funk and disco. It sounded fresh, vital and fun. 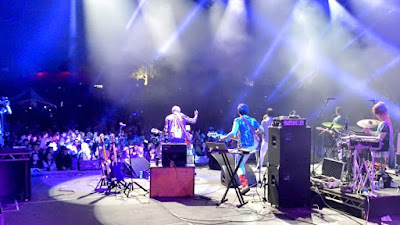 Another friend Sam told me that they had labels coming up to see them rehearse - there was a buzz. White have now signed with Sony and released a second single Blush which shows more signs of promise and the band are attracting more and more interest through the media and radio, things are building up nicely. From a personal point of view, the drummer Kirstin is absolutely lovely and I am delighted for her that things are going so well.


Model Aeroplanes are a young band from Dundee that have been attracting interest since they formed in their teens (some of them may well still be in their teens). I first saw them live supporting Vigo Thieves back in late 2013 and really liked the look and sound of them - playing cracking guitars, looking too young to be in the venue and having an ear for a pop tune. I was also very impressed with their musical talent - these boys can play, just check out the variety of their live and acoustic sessions on YouTube for evidence. 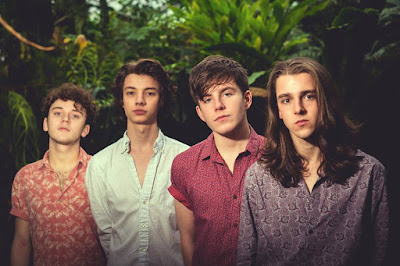 The band have been working extremely hard since then under the guidance of their lovely manager Paul who has been working his socks off for them. As someone who managed bands I always root for a good young manager and I am absolutely delighted that Paul's work and the bands talent has landed them a deal with Island Records.

The hard work continues - this good looking young bunch of lads who can really play could take off in a big way if they get a hit single. Best of luck to them.


It is fantastic to see labels venturing north of the border for talent - there is plenty of it and I wouldn't bet against other acts being snapped up in the near future. Here are just a few that might also get a major label deal;

Man of Moon could well be described as the buzz band in Scotland at the moment. A young 2-piece from Edinburgh, they have been working hard under the guidance of a lovely guy called Jamie Webster and recently released their debut single on indie Melodic Records to rave review. Festivals and sold out shows have added to the buzz. Watch them go.


Kloe is a young teenager from the outskirts of Glasgow creating a real buzz. I thoroughly enjoyed her set at Wickerman; the way she strutted around the stage, fell to her knees, posed for the cameras and treated us to a display of modern pop written by a teenager for teenagers. Word on the street is that a new EP will be coming out before the end of the year. if it generates anything like the response of her debut single then she may well get snapped up. Young, ambitious and talented. Definitely one to watch.


Vigo Thieves have been working hard on writing and recording and I have been fortunate enough to hear some exceptional new songs. These boys are going for it big style and I sincerely hope they get the deal they deserve. Stevie Jukes is a star in the making, he has the look, voice, soul and songs to go all the way.


Other acts to keep an eye on that should certainly attract label attention (perhaps not a major) include; Catholic Action, TeenCanteen, The Insomniac Project , Atom Tree and Crash Club. Oh and if Gerry Cinnamon's forthcoming self released debut does well then he may well get snapped up too - that is if a label doesn't come in before he released it himself.

There are bands and acts all over, DIY labels and nights, blogs, podcasts, radio shows, venues, nights - and it is all exceptionally accessible in the modern day and age. Scotland continues to punch above its weight - producing an incredible amount of fantastic bands and artists for a country with such a small population.

Enjoy this brilliant time for music.