The Scottish music scene is in a particularly rich vein of form just now with a number of new bands coming to the fore, loads of bands and artists developing and pushing boundaries and established bands still coming up with the goods.

I'm aiming to introduce semi-regular interview/highlight/introducing blogs focusing on new bands coming to the fore. Here is the first one....

Poor Things are a band that came to my attention through a recent split single release on the fabulous Gerry Loves Records label. Their warm guitar pop sounds displayed on No Way, Jose caught my ear - very Fanclub-esque. I look forward to seeing them live in the near future.

I caught up with Craig Angus to find out a little more about the band.

1. Tell us how you formed - where are you from, how do you know each other, how and why did you get together?

Richard and I (Craig) got put in registration class together on the first day of secondary school and instantly bonded over music, he was the cool kid that could play the guitar really well and I was the over-active underachiever.  Eventually we met Gavin who at the time was going out with one of our friends from school and we formed out first band, in 2004 - which is crazy.

Anyway long story short we started a new band once Richard and I came to University in Glasgow and Poor Things have been playing since 2011 -  our sound has changed a lot since then.  I feel like we've only really existed since 2013, like I was a different person before that...

2. I’m pretty new to the band, you seem to have released your debut album quickly (which I like) - what made you decide to do that? What has the response been like?

I think maybe because we'd been plugging away for two, three years in the sidelines, it felt like a bit of a bucket list thing - something it would be cool to have as a momento to the band.  I guess because you never know when something like that can just stop - all it takes is one person to emigrate, or just say they've had enough.  With this band and us being such old friends, it could't function without the core three members, and no matter how things go from here that's our small contribution to the world of music.

The genesis, Andrew Dyce from Saraseto Records, who is a great friend and supporter of the band, asked us if we wanted to do it, and we had a bunch of songs that we were happy with and we had made a bit of money from various festival gigs and our first EP, so yeah - why not?

I think writing an album is a great challenge that presents a few structural obstacles - the whole process definitely improved us as songwriters and the record seems to have reached a lot of people, a lot more than we could really have hoped for considering it was such a DIY effort.  It's not the most well known or hyped release of recent times, but we played a few cool shows off the back of it and the people that like it seem to really like it.  I'm still amazed that people choose to listen to music we make.  I think they're taking the piss probably. 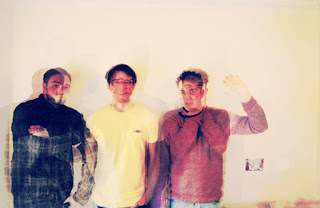 3. Tell us about your other releases - what have you put out to date and is there anything in the pipeline?

One EP (Hurricane Poor Things), One Album (Poor Things), two split singles, one cassette on Fuzzkill with the formidable Catholic Action and one on Gerry Loves Records, a 7" with Halfrican, Sharptooth and Pinact and a contribution to Fuzzkill's Now 666 tape which some of our favourite bands were part of;  Secret Motorbikes, Deathcats, Kill Surfff.

We've been writing songs for a while now, over a year, with the aim to do another album.  We demoed a track last week, and we're pretty excited about how it sounds.  The scattergun approach to the last record was great but we can probably take a bit more time, spend a bit more money and do something really memorable.  I'm really, really excited about it.  Richard has written some absolutely brilliant songs, and I think I'm putting my best stuff forward too.

4. What has been your best gig to date?

The Gerry Loves launch parties were an obvious highpoint.  We also had a crazy show in Paris in May 2014 that ended up being really busy and I think having travelled so far that was pretty special.

5. What gigs do you have coming up?

We are playing The Hug and Pint on Saturday 22nd August and beyond that are doing a mini tour with our pals Min Diesel in October, the focus right now is writing and finishing off new songs. We're going up to Loch Fyne to do 4 days of solid demoing in early September, before emerging to an unsuspecting world. 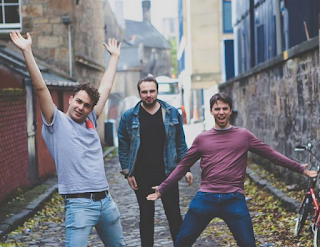 6. Tell us about your influences - what music do you like?

Richard lives in Aberdeen and I live in Glasgow, so we write things individually and then share them over emails, and then when we practice with Gav we bring it all together and pick things apart a bit more.  It's quite a good way of filtering the good stuff.

We're big, big Halfrican fans - they've got excellent legs.  Also Pinact and Sharptooth who were on our 7" release.  We've done a lot of shows with Catholic Action who are about to really take off and they're a really fun band with great songwriting at the front and centre.  I never miss Tuff Love either.

9. What do you think of the music scene in Scotland - what is good, what is challenging, is anything missing?

That's a tough one.  There's a lot of really great stuff going on, and then stuff that does nothing for me and that perplexes me - but hey, opinions right?  It feels futile criticising a band you're clearly just not into.

I think things are pretty good now thought, and the rise of DIY labels is a brilliant thing, it's encouraging people to be creative and be independently minded. Long term there's an obvious glass ceiling, but it shouldn't matter too much.

10. For those new to the band - why should they check you out?

It's what Elvis would have wanted. 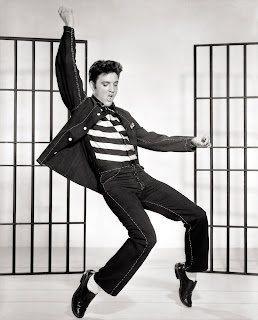