Cover(s) of the month #3
Nirvana cover The Vaselines

The Vaselines were (originally) an small but influential alternative rock band from Glasgow that had released a couple of EP's and an album in their (initial) short career, before promptly breaking up.

Fanzine culture carried their songs across the ocean to a young fan in Seattle who promptly fell in love with them, leading to him corresponding with The Vaselines Eugene Kelly by mail. There was no instant communication online in those days.

That young fan happened to be Kurt Cobain who always remained true to his roots; Nirvana covered The Vaselines not once, not twice, but three times. Nirvana and Cobain also helped to promote Eugene's later bands; Captain America and Eugenius - through support slots, mentions in interviews, t-shirts and a guest appearance by Eugene at the Reading Festival. 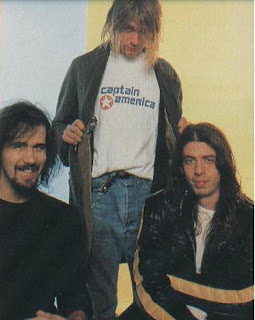 I've been listening to Nirvana quite a bit over the last few months; marvelling at their unique urgency, Cobain's exceptional vocals and ferocious guitar playing, the brilliant rhythm section of Novoselic and Grohl, the sense of togetherness - a real band/gang.

Nirvana and Cobain were always quick to display their influences, churning out a load of covers for sessions, EP's, b-sides and at live shows. To cover 3 songs by The Vaselines alongside songs by the likes of The Velvet Underground, Bowie, Devo and Kiss is real evidence of Kurt's love for the Glasgow bands sense of fun and knack for melody.

Two of the covers are on the Incesticide album of b-sides, session tracks and demos. 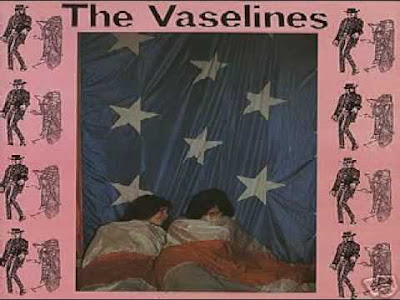 Molly's Lips is so simple, Cobain fuzzes and scuzzies the guitar riff and remains true to the melody but just speeds and punks it up.

Son Of A Gun is sensational, the band tear through it and Cobain hammers home the chorus again and again with unbridled pop punk joy.


Cobain and Nirvana played some incredible covers on their MTV Unplugged show, 6 in total; Bowie's The Man Who Sold The World, 3 songs from The Meat Puppets who joined Nirvana on stage, Where Did You Sleep Last Night by Leadbelly and The Vaselines Jesus Don't Want Me For A Sunbeam.

It is a beautiful version, very true to the original, Cobain's voice is beautifully raw and soulful. You wonder what the next Nirvana album would have sounded like; would it have taken a more mellow and acoustic route?

Cobain's take on Bowie, his astonishing transformation of the Meat Puppets songs and his spine tingling version of Leadbelly's old song are truly incredible - an artist on top of his game, happy to display his love of music through covers.

Nirvana covering 3 songs by The Vaselines eventually led to the band reforming and having a worldwide audience. Would this have happened without Cobain and Nirvana? Almost certainly not. That The Vaselines have now recorded 2 albums in the last few years is something to be thankful for, their ear for pop and sense of fun and humour is still evident and it has been great to see them at the Barrowland Ballroom and the Wickerman Festival in the last 2-months; new songs mixing well with the early classics.

Cobain's take on The Vaselines is joyful, he injects real punk pop into Molly's Lips and Son Of A Gun and extra tenderness on Jesus Don't Want Me For A Sunbeam.