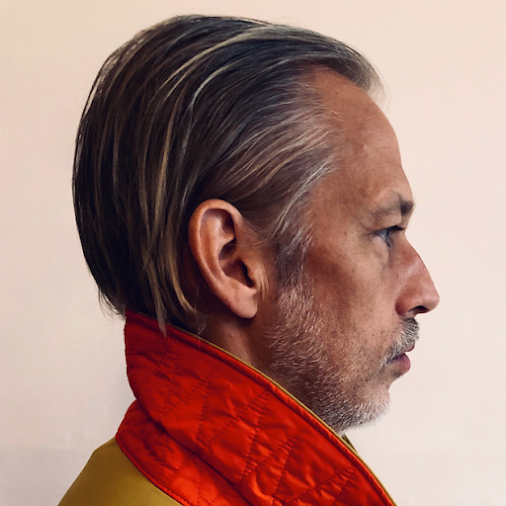 Andy Bell's love of music shines through on his social media channels. During lockdown I've enjoyed Andy's tweets of him playing cover versions (and tutorials) of his favourite songs. In addition Andy has talked openly about celebrating a recent landmark birthday.

And then Andy posted news that he would be releasing The View From Halfway Down, his debut solo album, on 9th October, before treating us to a taster with the single Love Comes In Waves.

The fresh psychedelic pop vibe of the single sent warm tingles down my spine, there is an urgency and playfulness to it, there is a constant flow and drive, Bell sounds like he's having fun. The guitars sound glorious and I immediately wanted to play it again.

I was so inspired that I sent a few questions off and I was thrilled to receive a reply!

So read on for a feature length interview taking in the impact of COVID, Ride, GLOK (Andy's electronica alter ego), recording with Andrew Weatherall, the solo album and what Andy hopes the album will be thought of if he has succeeded.

A desire to create and play leaps out from the interview and I look forward to hearing the album in October, I'll be blogging on that on release.

But first - A few links and the video for the single before we get started;

I'm really good thanks. In the grand scheme of things I feel like I've had things pretty easy during lockdown. Luckily no-one in my family has been taken ill. It's hard not being around people outside of our family unit, but that has started to ease a little in the last few weeks. But there are still folks, such as my wife's parents over in Dublin, who we haven't been able to see at all, and that's been hard.

When this all started I had just come back from a Ride tour of Europe. It was the start of February and COVID was looming over the horizon but not here yet. Ride has a summer of festival gigs lined up and we were looking forward to that But Ride was coming to the end of a cycle rather than launching into a new one. This meant that we were mentally prepared to be winding down anyway, at least for the moment, which made it easier I think.

My immediate plan was to prepare for the first GLOK gigs, which had been put in the diary from March onwards. My GLOK live debut was due to be at an event called Music's not for everyone which was curated by Andrew Weatherall, and this was cancelled, not because of COVID, but because the great man tragically passed away at the start of the year. In fact his funeral was the very last time I saw people out and about, before lockdown started.

Mr Weatherall's passing was such a massive loss to music. Andrew was a titan of the musical culture I grew up with and definitely a hero of mine. It was sad to me on a personal level as well because we become friends a couple of years earlier, when he invited me down to his studio, ostensibly to buy a guitar off him. In the event, I ended up staying for upwards of 2 weeks, because when I plugged the guitar in to try it out, I ended up playing on something he was working on (a track he eventually titled Making Friends With The Invader - the guitar is a Vox Invader) and then another and another. These sessions, which took place in Summer 2018, were a fantastic memory that I will carry with me forever. Andrew had also become something of a mentor to GLOK and one of his last remixes, possibly his last one, was of a GLOK track called Cloud Cover. (check it on Bandcamp)

As well as the Music's not for everyone gig, GLOK also had shows lined up at the Social, the Great Escape and Worlds Unknown. I was figuring out to convert my album Dissident into a live setting, when lockdown just obliterated all those plans. There was a GLOK remix album about to be released Dissident Remixed which ended up getting put back a few months due to COVID, that's now been released and has done really well. It's great - it includes that excellent Weatherall remix but also great mixes from Maps, Timothy Clerkin, Richard Sen, C.A.R. and many more.

So no GLOK gigs, no GLOK remix album, no Ride festivals, lockdown left me with only one thing to work on, an EP which I'd planned to put out on Sonic Catherdral, to follow up a 7" I'd released in 2019 as part of their singles club. I was trying to figure out which songs to put on this 12", out of all the possible choices, and it was doing my head in until I had the idea to maybe expand it from 20 minutes to 40 and make it an album. The change from an EP to an album was a direct result of lockdown. That, and a shedload of DIY!

You've announced your solo album The View From Halfway Down is coming out in October. Did you set out to write a bunch of new songs or did it just happen?

For me it was more a question of track selection. I recorded a lot of tunes with Gem Archer at his stdio back at the start of 2016, directly following the death of David Bowie, and this album draws from that but also other bits and pieces. The songs on this album were mostly finished before all of this. It was mainly vocals and mixing that happened this year. 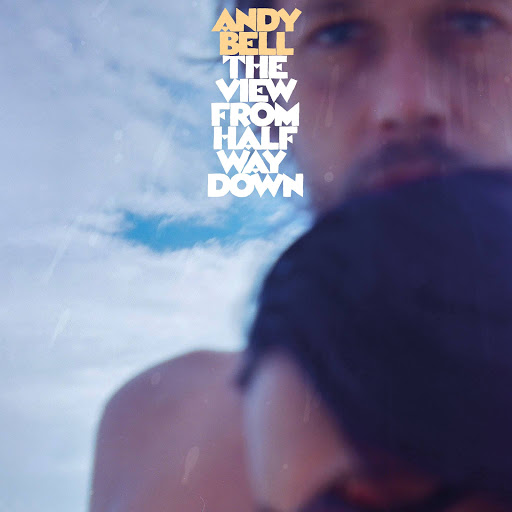 The lead single Love Comes In Waves is real melodic psychedelic pop. Did anything specifically influence the sound of the single or forthcoming album? What kind of stuff were you listening to?

The influences shine through as clear as day I think, it's the music everyone knows I'm into. The Beatles, Krautrock, Spacemen Three, The Stone Roses.

Would you like to play some solo shows when it is possible?

I'd like to, yeah. I'd like to play some Ride shows too! And some GLOK shows! I'm basically desperate to play a real gig again. Ride did an online gig the other day, and although it was great to do, it basically just highlighted everything that was missing from that moment. I miss our audience and I can't wait to get onstage on a real tour with Ride again. I feel cheated out of the end of our last tour, but hopefully we can pick up again where we left off when this is all over.

What can fans expect from the album?

It's a pretty humble affair. Around half of the tracks are instrumental, it's not so much of a "songwriter" album. It's more about a listening experience, I tried to make something that I'd want to listen to. It's pretty gentle most of the time, touches of psychedelia, I think it sounds great in the sun. Basically, if I've succeeded, it's the ideal shoegaze barbeque album. 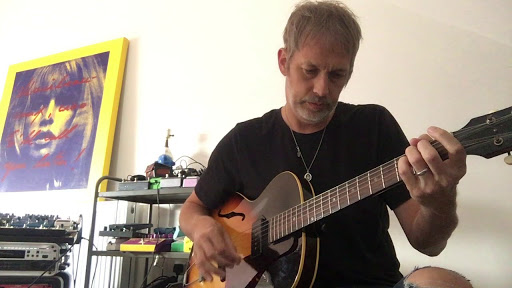