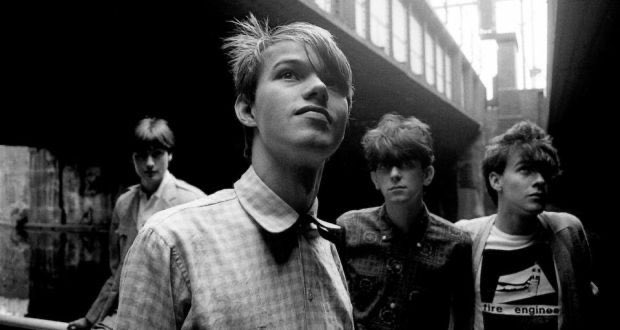 This weekend I should have been heading to the wonderful Kelvingrove Bandstand in the West End of Glasgow to see Edwyn Collins gracing the stage with his presence and songs.

Edwyn's hometown shows are always a celebration, I think this one, in the stunning outdoor amphitheatre, surrounded by the greenery of the park, would have been a little extra special.

Glasgow is particularly fond and appreciative of the work and art of Collins. A handsome and super cool devil, Collins displayed a great ear for melody, married with clever lyrics (with dashes of humour) from the very start of his career. Equally appreciative of The Velvet Underground and Chic, Collins created wonderful guitar pop with his band Orange Juice that captivated many. If those bands had inspired him to pick up a guitar, the circle was nearing completion as teenagers across the country jumped on the Sound of Young Scotland and the early Postcard Records singles to buy guitars. 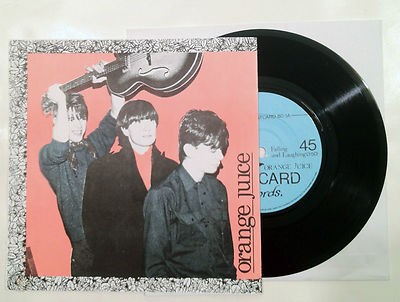 It was really in the 00's that I properly fell for Edwyn's music, specifically the Losing Sleep album that was released in 2010. The title track blew me away and it sent me scurrying to explore his extensive back catalogue - a very rewarding experience.

Edwyn suffered a cerebral haemorrhage in 2005 and his recovery is documented in the 2014 film The Possibilities Are Endless.  It might be due to my age (having only been 4 when Orange Juice released their debut single) but 2007 onwards is my favourite period of Edwyn's; full of incredibly personal, soulful, reflective and forthright lyrics.

Each time I watch Edwyn live, I gain even more appreciation of his talents as a songwriter and performer. The way he crafts his songs is absolutely fascinating. His wordplay is joyful, his passion and soul shines through and it sends me back to exploring his extensive body of work and his history.

And what a rich history Edwyn has. From the Postcard Record days where he would drive overnight to London with Alan Horne to rouse the media, through celebrated singles and albums with Orange Juice, to his mega hit A Girl Like You in the 90's, through to present day. 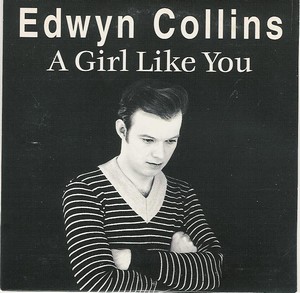 A DIY ethic and fierce work attitude is at the heart of Collins story. Whether with albums, studios, artists or labels. I love the story from the Losing Sleep album about Edwyn only allowing a day for each song with collaborators from The Cribs, The Drums and Franz Ferdinand, pushing them to create something with a sense or urgency.

In many ways I think he is vastly under-celebrated, but I think that suits him just fine.

Here are 10 of my favourite songs that span Edwyn's career.

From the Losing Sleep album that saw Edwyn collaborate with a number of bands including Franz Ferdinand and The Magic Numbers. This song is with a band called The Drums and it contains an absolutely euphoric chorus. It was thrilling to hear Edwyn play this last year with his son William singing the part of The Drums singer Jonathan Pierce.

Released in August 1980, Blue Boy was the second single from Orange Juice. It is positively bursting with energy, from the militant drums that lead to a burst of organ, bass and guitar. Collins spits out a couple of lines before he is into an uplifting chorus.

She wasn't listening to the sweet words

He wasn't listening to her lying tongue

He was listening to the words being sung

By the Blue Boy

The second verse contains two incredibly poetic lines (below) before we head back to the second chorus, which is completed by 1 minute 12 seconds, allowing plenty of time for the band to jam over a funky bass before the third verse and chorus are sung at pace by a frantic Collins. There is still time for a brilliant outro and its all over in under 3 glorious minutes. I can never play this song only once, I always have to play it again.

Friends told him of her young hearts passion

Down by the sea where the blue waves crashing

I Can't Help Myself

Orange Juice released a remarkable run of singles from 1980 to 1984. Listening to them back to back, their development is quite staggering. Their 1981 cover of Al Green's L.O.V.E (Love) is absolutely exquisite and I'll feature that in a forthcoming cover version of the month blog. It really highlights their influences and where they wanted to head in terms of quality and soul.

In 1982 Collins and his band released I Can't Help Myself and it's a real favourite of mine.  Deceptively simple, but full of humour and clever references, this is 5-minutes that, in comparison to Blue Boy mentioned above, make you wonder if this is the same band. Have they really moved on so much in 2-years?

The additional 2-minutes of time gives Collins and his band time to stretch out with loads of great riffs, hooks, use of backing vocals and even a saxaphone solo!

I felt I had to tell the world

It's 5-minutes of absolute joy.

This absolutely melts my heart. Written and recorded before Collins cerebral haemorrhage in 2005, upon release in 2007 it took on a whole new meaning. Certainly for me and other fans. You could have heard a pin drop when he played this at Mono a number of years back.

The acoustic guitar is sublime, Edwyn's voice is incredibly gentle. He has always told stories very well, yet this time it seems even more personal, like he is speaking really directly to his audience. The little lift to when I was a boy and I heard somebody singing is just beautiful.

Hardly certain of my role and then

I started searching for my soul again

But there was nothing I could find

But I've been here before, old friends

And I know I'll be consoled again

In the past I've left behind

This is just a monster of a tune. Everything about it is perfect, the feeling, the beat, the riffs, the lyrics, the vocals, the hooks.

Collins' love of northern soul screams out from every inch of this record, as does his understanding of what makes a hit.

The song took on a life of its own. The aforementioned The Possibilities Are Endless captures this superbly. But for now, turn the speakers up, dance, play air guitar or grab something to sing into. I've included a live TFI Friday performance as well as the original video.

Edwyn lays his soul bare in this stomper of a track. This is very public personal therapy as Collins confronts his feelings in verse and chorus. The song opens with a remarkably frank chorus;

Everything I own is right in front of me,

And it's getting me down, I'm losing sleep

Collins doesn't stop, it's pouring out of him, honest confessions; I'm holding on, I'm insecure, about my life, about my work . His self awareness leads to Collins giving himself a good talking to

I must believe, I must retrieve

This confessional northern soul stomper is extraordinary and as Collins pours his heart and soul out, there are all kinds of delicious backing vocals going on.

This list of 10 songs highlights how much I love Edwyn's love of northern soul and the influence on his songs. Too Bad (That's Sad), from the 2013 Understated album, has an upbeat jaunty feel and groove from the off, even though Collins is singing that he can't stay another day with you.

The little riffs are excellent and the beat is pure Motown, the guitar solo is very George Harrison.

Edwyn has written better songs, but this grabbed me on first listen and I still love it. This blog is 10 of my favourite Edwyn songs, not what I consider to be 10 of his best - although I think some are! :-)

So fresh, so cool, so funky. Collins and Orange Juice introduce synths to their grooves. The squelchy synth bass groove and a simple beat underpins Chic style guitar riffs and Edwyn's voice sounds incredibly pure. The harmonies are in all the right places, Collins voice is on its own in all the right places.

Lyrically and musically playful, Collins sounds like he is enjoying being allowed to confess and also shout loud to contemporaries and the scene to rip it up and start again.

And there was times I'd take my pen

And feel obliged to start again

That there are things in life

That one can't confess

Such a beautiful song, I love the guitar intro, the feel, Edwyn's voice, the beautiful structure of the song with a kind of double bridge into the chorus that is heartachingly romantic.

From the 1994 Gorgeous George LP, this is Collins in absolutely stunning form. Possibly my favourite Collins melody, the chorus is just beautiful, it flows superbly.

The way you turned your head

When I called your name

All I needs your love

To make me feel again

I love the feel to this, the guitars, the playful lyrics. It's real fun guitar pop. Edwyn looks fantastic in the video, with a huge quiff and an Elvis vibe going on.

I love the build up to the conclusion as Edwyn urges lets ride this train together before going on to shout space rocket. Live he really goes for it at the end, creating a beautiful racket.

The solo acoustic rendition of this song in the film The Possibilities Are Endless sends chills down my spine. I can't find it on YouTube though so you'll need to make do with the official video.