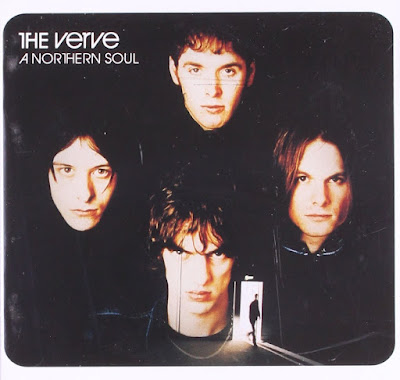 I recently revisited The Verve's A Northern Soul LP. What an album! The menacing A New Decade, the ferocious proclamation This Is Music, the fragile and beautiful History, personal favourite Drive You Home, the blissed out psych groove of Life's An Ocean and the staggeringly brilliant Stormy Clouds/Reprise to close. All absolutely amazing!

With A Northern Soul The Verve reached a rarely scaled peak when they became, in my eyes, a perfect band - the cool frontman, incredible guitarist and a tight groove based rhythm section reaching for the stars and the sun. They got there.

Prior to their second album The Verve had been releasing blissed out psychedelic groove based singles and EP's, also their debut LP A Storm In Heaven. The title really kind of matched the sound they were searching for.

But they really hit the groove with A Northern Soul. 9 of the 12 tracks are longer than 5-minutes in length, 4 stretch beyond the 6-minute mark. Allowing the band the space and time to reach magical places.

Their was ferocity in the shape of A New Decade and This Is Music. Both were declarations, the latter let rip with Ashcroft proclaiming I've been on the shelf for too long and then going on to ask how is the world gonna take me?

I remember watching the video on the sadly defunct chart show and it blew me away. This band were on it. In more ways than one.

The energy portrayed in their videos and captured on vinyl was amplified live when Ashcroft seemed to be like a man possessed. A Barrowland show in between A Northern Soul and Urban Hymns just as Bittersweet Symphony came out will live long in my memory.

Ashcroft highlights his progress as a songwriter with the beautifully flowing On Your Own before the epic ballad History, with the first use of strings that would go on to feature so prominently on the Urban Hymns album. It is a stunning song, Ashcroft is on fire, singing his heart out for a lost love. It's soulful and to the point. 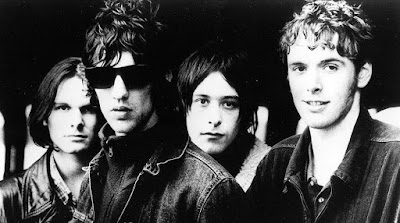 The Verve's ability to jam and create special moments comes across throughout the album; Ashcroft pours his heart out; talking about his family, his vision of how he will die, love, life, death and the universe.

But they really hit their peak towards the end when the last 3-tracks; Life's An Ocean, Stormy Clouds and (Reprise) really evidencing the exceptional talent of all the musicians and Ashcroft as a singer, writer, improviser and performer. Stormy clouds, new horizons .... The Verve were prepared to ride storms to get to where they wanted to go, just listen to and marvel at the stunning (Reprise).

If you haven't listened to this album then strap yourself in. If you have, then I hope you enjoy revisiting it like I did recently. The Spotify link (to the remastered album with demos and b-sides from the era) and a couple of stunning live videos are below. 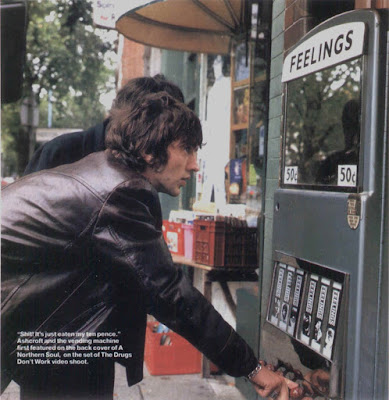