A year of Spotify 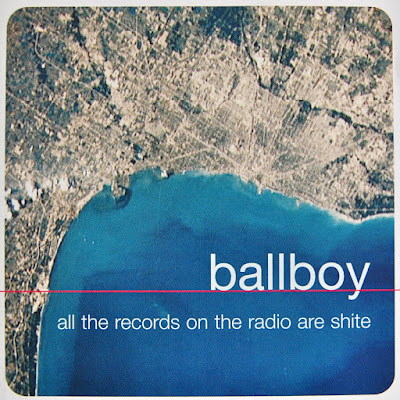 Around a year ago I joined Spotify!!!!

I always said I wouldn't......I held off for so long.......but I joined. Read on as I try to justify it to myself, try to do the sums for the company and for artists and scroll right down to the first playlist I created- almost 7 hours long and featuring 100 songs by Scottish artists!

I can actually remember the day I joined.  I spent a pleasant day off with no kids, anything on my to do list or anything really to do at all. That doesn't happen too often! I spent about 4 hours listening to loads of Scottish music. Some of my faves, songs I haven't heard in ages and bands/songs I have always wanted to check out.

And then on Saturday when the kids went to bed I checked out an album Carole King made with her short-lived band The City. I had read about it in The Times that day and then, just like that, it was at my fingertips.

Fear not artists and record shops. I will always buy records or merch. It is vitally important to support musicians by buying their work...if you enjoy it. They need money to to buy equipment, to rehearse, learn and gel, to get around and ultimately to record. And quite simply, I do love browsing in a record shop! I don't think I have ever been into Monorail without coming away with something!

Spotify - it initially felt like cheating. Even though it is legal.

A year down the line, any thoughts of cheating have long been banished. Spotify is now part of my life on a daily basis, it is the new norm. It is convenient, user friendly and it allows me to explore all kinds of stuff quickly and with ease. I don't think I have used iTunes since I joined Spotify for the pricely sum of £9.99 per month. Jeez, when I think of what I used to spend on a Monday lunchtime in HMV in the mid-90's!

I'm not alone, more and more people are joining the Spotify revolution - Forbes reported that they had hit 50 million paid subscribers back in March 2017. That was less than 6-months after reporting they had hit 40-million. Pretty strong growth!

The amount of money actually paid out to artists is negligible. Something like 0.004p per play/stream. In comparison, 1 play on Radio 1 will earn the songwriter around £50.

So for the likes of Calvin Harris whose This Is What You Came For is approaching an unbelievable 800,000,000 (yeah 800 million) plays - he should be earning around £3.2 million from Spotify just for that one song.

For another Scottish artist Duglas T Stewart has seen his seminal BMX Bandits song Serious Drugs achieve over 55,000 plays. Sounds like a lot, but it only earns the artist (the songwriter) around £220.

Gerry Love from Teenage Fanclub should have earned around £8,800 for the 2.2 million plays of one of his most loved songs - Sparky's Dream.

But do the sums. Lets say they now have 60 million subscribers paying £9.99 per month. So, unless my calculator is mistaken, that is a whopping £599,400,000 per month that Spotify rakes in. I know they have a lot of songs - but how much goes out to artists on a monthly basis?!

All quite interesting. Songs (to an extent) have a shelf life on radio, unless you are talking Christmas hits. Online and on Spotify, they are timeless.

One of the reasons that I used to put off joining Spotify was the fact that I want artists to be rewarded for their efforts. So Spotify do....whether they pay enough or not is another matter entirely.

It doesn't look like Spotify is going anywhere anytime soon and artists are having to adapt to the fact that actual physical sales will never return to way they once were and why download when you can stream?

I regularly blog about my Never Ending Mixtape playlist on Spotify, but here is my first playlist. It has 100 songs and clocks in at almost 7-hours!

Named after a classic Fanclub album the 100 songs fly through Scottish musical history; from The Poets and Lulu in the 60's, early Simple Minds with the glorious Chelsea Girl, The Sensational Alex Harvey Band, The Skids, 80's heavyweights like Deacon Blue, Wet Wet Wet and Texas, loads of indie legends like Orange Juice, Teenage Fanclub, The Vaselines, The Pastels, BMX Bandits and Jesus and Mary Chain, gone but not forgotten acts like AC Acoustics (great to listen to them again), Dogs Die In Hot Cars, the likes of Churches, Catholic Action and loads of DIY bands like Stanley Odd, Colonel Mustard and the Djion 5.

Too many to mention, but check the playlist here. Volume 2 might follow soon. Arguably I should have titled the playlist after the first song!