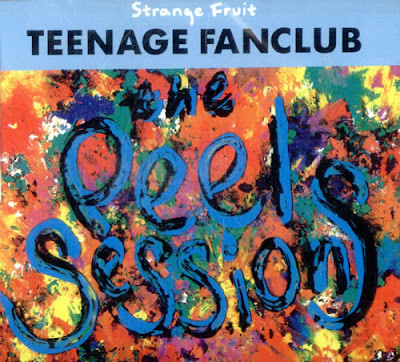 Jeez how many times did I mention Fanclub in that first paragraph!

Someone recently posted a link to the Fanclub Peel session, a record I own on 12-inch but I haven't dug it out in a long, long time. I stuck my headphones on and was transported back to my youth.

John Peel was a legendary DJ who gave airtime and live sessions to many an up and coming artist over decades at Radio 1. His endorsement carried huge weight and could catapult bands to record deals or add tens of thousands to sales figures.

In a pre-internet era there was so much more excitement about the release of a record, or catching it on radio or on TV to hear what it was like.  If it wasn't on the playlist then it might only be played once on Peel. So you could blink and miss it. Sometimes you took a punt on something just because you read a good review in the NME or Melody Maker - you couldn't search on bandcamp, soundcloud, YouTube or whatever. You had to hunt and you had to build an element of trust in labels, DJ's and journalists. 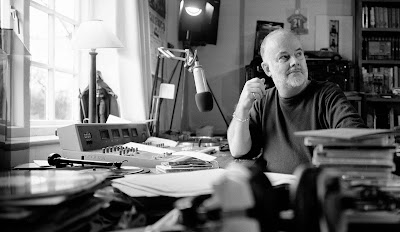 Peel could certainly play some weird shit. But he also played some good shit, some interesting shit and some great shit. Most people trusted his taste and passion - they knew he would come up with the goods.

So back to the Fanclub Peel session. It was recorded on 28/08/90 and aired on 30/09/90, later released on a 12-inch by the marvellous Strange Fruit Records, a label formed by Peel and his friend Clive Selwood to release the incredible catalogue of sessions in the BBC archives. 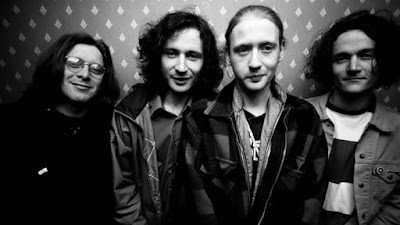 The warm guitars that usher in God Knows It's True are like a cuddle from your best friend and the  rhythms are spliced and spiced with delicious fuzzy riffs throughout. Much of the joy that this song offers comes from the fact that it sounds like the band are really into it, really feeling it. The Peel Session version is superior (in my opinion) to the original version - just listen to Brendan's ferocious drumming after the second chorus - is it a guitar solo or a drum solo? Its both combined and the Fannies make a gorgeous racket.

The Fanclub were prolific back in 1990; releasing several singles (including debut Everything Flows), debut LP A Catholic Education and they also released the God Knows It's True EP - essentially (for me) a double-a-side with So Far Gone for the 7-inch, padded out with a couple of crazier tunes more suited to The King LP.

So Far Gone is classic Gerry Love, the song bursts into life with Brendan O'Hare's drumming as furious as the duelling guitars.

Could you be the one, the one to turn me into something new?


So far gone, so far gone
I'd love to turn you on

It's a little over 3-minutes of flowing punky guitar pop brilliance. The energy on the Peel session is captured perfectly on vinyl for prosperity. Oh how I would have loved to have seen TFC back in August 1990. This is what they sounded like live - fun, ferocious and brilliant.

One of the beautiful things about the Peel Sessions EP is that it catches the band at an incredible moment - when they have just released their debut album and are brimming with confidence and songs - all written for Bandwagonesque, or for b-sides and EP's.

The Peel session version ends with the closing mantra fading out. I wonder how long they actually went on for in the session. Does an extended version exist anywhere?

All I know, is all I know
What I've done I'll leave behind me
I don't want my soul to find me

The EP closes with Long Hair, another of my all-time favourite Fanclub songs, tucked away on the b-side of The Concept. I just love the whole feel and flow to this Gerry Love number. The band fly through it, sounding super tight; rhythm, lead, bass and drums. It is a joy to listen to this EP again - I hope you enjoy it too.

Fab! We plied our trade for many years as Red Bee Society in Glasgow (with more than a few tunes nodding in the general direction of TFC). Always loved their melodies.
Perhaps that's why we managed to enlist Brendans help when it came to finishing our first (and only album). Still to be released. . . Maybe one day😎