Quite a few of my recent blogs have been decidedly retro - anniversaries of classic albums or shows. I am extremely fortunate that many of the bands and artists I got into in my teens and early 20's are still around and I do enjoy looking back at their classic albums and blogging about their current activities. However I want to ensure that my blog allocates space to plenty of new bands and artists that I enjoy and also some of the issues they face.

So I thought I would write a blog about a recent (indeed a current) experience I have had with my sisters band TeenCanteen - one that should be of interest to a lot of DIY/unsigned bands.

The experience involved the crowd funding platform Pledge Music and I have to say that it has been extremely positive -so read on if you want to find out more...I hope this may help some bands or artists in the future.


The cost of being in a band

Some people really have no idea how much money you need to be in a band, even a relatively small one - equipment, rehearsal studios, travelling to gigs/touring, recording - studio time, production, mixing, videos, releasing..... believe me, it can all add up...especially if things start to get serious.

Most bands will put in their own money and any money they make from gigs, PRS or self releases then goes straight back into doing it all again. Unless you have a (major or large indie) label, sponsor, backer or you make some serious money from a song or release, then money is a constant worry.

Funding a serious start-up or DIY band is a serious issue.

I first came across Pledge Music a few years ago when I was managing the Vigo Thieves. Pledge were very interested in capitalising on the interest Vigo Thieves were generating through their use of Social Media. Engagement with fans is something that singer Stevie Jukes is something of a specialist in - in person and online. To this day I remember Stevie hand delivering me Vigo Thieves first EP with a ticket for their show at Sleazys. Online - competitions, asking fans for their opinion, pics, updates, videos...it all helps. Social Media is essential for crowdfunding. 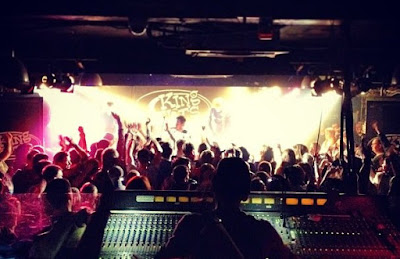 Pledge Music was and is, an interesting, yet extremely simple concept - fan funding, or crowd funding. It is now part of common culture. People interested in a project help to fund it - simple!

So if you are in a band, Pledge Music have the format, skills, knowledge and experience to help you set up a fundraising project; for the vast majority of bands this is to raise funds to record an album. Not cheap!

Funnilly enough I did something on a much smaller scale with the band Sonny Marvello when I managed them. We raised some decent money through shows at Stereo in Glasgow, but also set up a Fanclub - the 100 club. Only 100 members and you got a mini-acoustic album, access to a secret show at a vintage clothes shop in Glasgow (what a night that was!) and a badge. It sold out in a few days and raised £1,000 for the band. Crowd funding - it works if you offer the right event/product/project, promote it correctly, deliver and thank.

Good studios like Tape in Edinburgh, Rocket Science, Cava or Gorbals Sound in Glasgow can cost £400+ per day. Smaller studios like the brilliant La Chunky or Green Door in Glasgow are around £200 per day. So if you're laying down 10-tracks and recording everything separately - you need a good number of days. (please correct me if I am wrong on any prices)

So for recording, mixing and production of an album, you can be looking at a fairly considerable sum. Not the kind of money most bands have lying around. 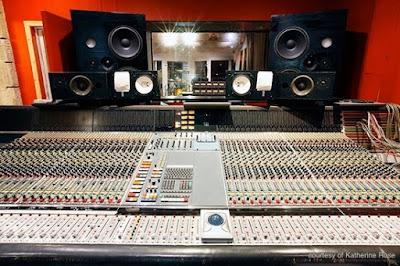 Vigo Thieves decided against Pledge Music in the end, largely because at the time it was pretty untried and untested. In 2015 it is fast becoming one of the best ways for small and also for large bands to engage with fans and to fund projects; The Libertines are one of the biggest bands to currently be using Pledge. Cast, Marillion, Reverend and the Makers are others. Do The Libertines need a record label in this day and age when they already have a huge fanbase?

In Scotland, Roddy Hart and the Lonesome Fire are a band who have embraced crowd funding and Gerry Cinnamon is an emerging artist who has smashed his Pledge Music target to fund his debut album. Gerry is an artist who wants complete control, no compromise- he has it. 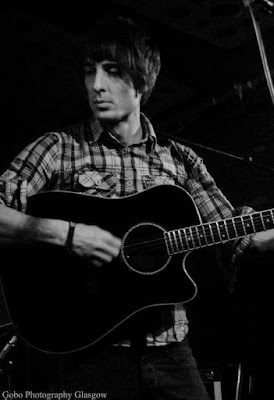 My sister Carla has a band - TeenCanteen - and she asked me if I could help her raise the remaining funds required to complete their debut album that they are working on at Tape Studios in Edinburgh. They had found the right studio and producer, recorded 4-songs (in Mono), but needed a cash injection to complete the album.

I spoke with Pledge, they liked the band, their engagement via Social Media was strong (despite the fact they maybe didn't have the follows or likes of other bands), they had good songs and videos, good support from the likes of 6music and they also liked the fact that as well as being a music fan, I am a fundraiser by profession.

I worked with my sister and the band on setting up the Pledge project. We set up a range of ways that fans could get involved to help the band complete their album..... Stripped back home sets, a live album, limited artwork, TeenCanteen cover versions, appear in a video, do handclaps on the album, a Skype harmony lesson, handwritten lyrics....something for everyone ranging from £10 to £350 with loads in between.

We couldn't believe what happened next.... but before that, check the video below....

22/09
TeenCanteen launched their Pledge Music campaign, spending a small amount on Facebook advertising and sending an e-newsletter to fans.

23/09
The campaign is almost at 50% within 24-hours with pledges towards TeenCanteen doing cover versions and a stripped back home concert helping with a large percentage of that total. Cover versions were £50 and a home show was £350.

In Fundraising Terms people pledging for a home concert are like your major donors - pledging a substantial amount and really making a difference.

But like fundraising - for a crowd-funding project to really work - you need a variety of income streams. Look at Comic/Sports Relief for example, they have big shows, big challenges, people holding events for them, but they also need people texting at £5, £25 or going online and donating whatever they can.

They are also great with the films they make, highlighting the difference you can make. So the video above definitely helped.

24/09
Carla posts a short Thank You video on Facebook as the campaign reaches 54%. Within a few hours this leads to cover versions and home concerts selling out and an increase towards other pledges; including the Skype harmony lesson.

In fundraising - thanking your donors properly is of paramount importance. It strengthens relationships. 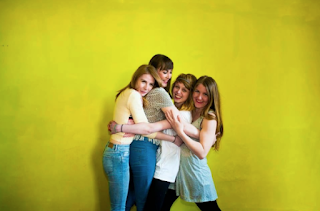 24/09
The campaign reaches 94% and Carla posts a video of an excited Chloe running around the pub they are in - leading to the campaign breaking 100%.

Another great example of thanking and showing how much it meant to the band.

25/09
The campaign breaks 100% and Carla posts a thumbs up thank you picture leading to more pledges.

27/09
A further thanks and a reminder that there are still loads of things like handclaps on the album available. 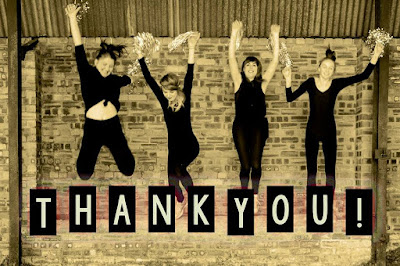 The campaign remains open and pledges are still coming in, even though the band are concentrating on communicating with pledgers rather than promoting the project.

We are now in the process of sorting out everything that needs to be done - communicating with fans, timelines for recording covers, letting fans know recording dates for handclaps, letting people know when they will be sent things, working out availability for home concerts..... I guess this is when a manager comes in handy - or someone like me who can help.

What is really interesting is that it is truly fans that have embraced the Pledge campaign. 98% of the pledgers are non family/close friends. They are proper fans who have read about the band, or heard them on 6Music or caught them at a festival or supporting someone.

This is something that has given my sister a huge confidence boost - the fact that the songs she has been writing in her bedroom and creating with her friends is generating real love and people want to help her make the album.

Music fans - supporting a band to create music = is it really that simple?!