The Lemonheads at the ABC Glasgow 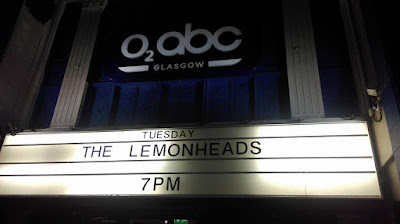 Shortly after 8.30pm Evan Dando and his latest incarnation of The Lemonheads strolled on to the ABC stage. There was no build up, entrance music or drama. This was a band here just to play music and that they did.

Guitarist Chris Brokaw said 'We're the f**king Lemonheads from Boston Massachusetts' and they were off. Roaring through guitar punk pop gems and moments of tender songwriting/storytelling genius from throughout their catalogue (must have been close to 30 songs), many at under 3-minutes long and with little pause for applause in between.

Evan could have played all night and it was a shame the venue had a 10pm curfew as in his latter solo set he seemed to have really warmed up and loosened up - just wanting to play and sounding fantastic, dropping a Willy Mason song and announcing they have a band called Sandwich Police!

'This is a song about accccc aspirin' introduced Drug Buddy, Rudderless was a little raw with Evan calling on help from the band (and a sip of what looked like whiskey) to get his voice through it.

The Great Big No was one of the band highlights for me, as was the brilliant crazy stoned Style and a full band romp through Stove was a delight - an incredible song., the story of Evan being heartbroken about getting ride of his old stove. 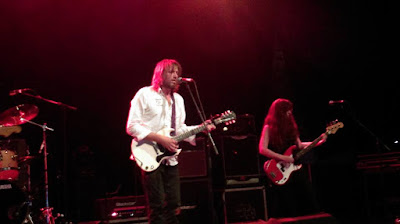 It was great to see and hear a proper guitar band, the duelling guitars sounded glorious at times, but it was in Evan's solo sets that the real incredible moments took place for me.

There was the humour, emotion and exceptional songwriting of Being Around and Outdoor Type, the tender beauties of Into Your Arms, Frying Pan (just genius at work) and some gems from his incredible solo album Baby I'm Bored - Hard Drive is just incredible, as is the autobiographical (?) brilliance of Why Do You Do This To Yourself?. Ride With Me is another example of just exceptional songwriting.

I lied about being the outdoor type
I never owned a sleeping bag, let alone a mountain bike

At times during his solo sets you could have heard a pin drop, at others Evan held back to let the crowd sing-a-long, to either his parts or the backing vocals. He was also quick to thank the crowd and highlight how it was always a pleasure to play Glasgow - a city where he has often hung out.

Ending with a romp through Alison's Starting To Happen and a delicious If I Could Talk I'd Tell You dedicated to co-writer Eugene Kelly who was in the crowd, this was a great set.

I hope Evan comes back again soon - with or without his band. Never mind about a support band, give Evan a little longer. 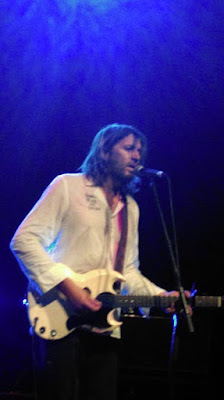 Labels: ABC, come on feel the lemonheads, Evan Dando, frying pan, Glasgow, it's a shame about ray, live, review, ride with me, the lemonheads