One of the great things about two loves of my life - music and football - is that the break barriers. I spent a year travelling between 2007 and 2008 and joined in games in Asia, South America and Australia, and I danced, sang and joined in street party jams all over the world too.

Some time before that I met Terry Harrop through a mutual love of Manchester United. We sat together on my first Glasgow Supporters Club bus down to Manchester and discovered we also shared similar taste in music. I also found out that Tel was a complete Joy Division and New Order nut. As he is slightly more than 10-years older than me, he has been there since the inception of the band - through the challenges, the highs, arguments, break ups and get togethers.

So who better to write a guest blog review of New Orders Music Complete? 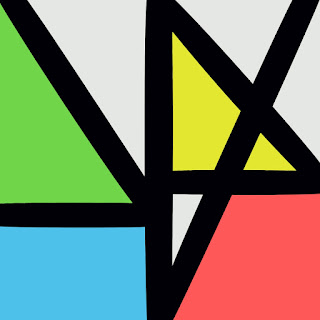 The scenario is, your favourite band has announced a tour and the release of a new album.

But it has been a long time since this band has released an album of any worth.  But still, in the vain hope that the new album captures some essence of what made you like them in the first place, you go on line and book your concert tickets before you have even heard a single track from the new release.

The album duly arrives, you rip off the shrink wrapper, sit down, and get ready for a return of the good times..............but they never come.

Track after pointless track goes by,  and you realise the game is up, it's a below average album from a band whose time came and went a long, long, time ago. But you have already bought the tickets for the gig, and no one is going to take them off your hands now.

You duly arrive at the Gig and hope against hope that the set is going to be Greatest Hits Heavy and that they are not going to fill the set with the mundane tracks from their new album. But instead they do, they dispense with some of the classic songs that take you to heaven and back, and replace them with songs that take you the toilet and back.

Well that's the spoiler alert for U2 fans over and done with,  let's get down to New Order.

Music Complete is without a doubt the most powerful album New Order have released since Technique in 1989. It has in track no 3 Plastic the best track they have written since Here to Stay from the sound track of 24 Hour Party People released in 2002.

Unlike U2 if New Order replace some of the greatest classic songs in the fourth coming live set with tracks from this album, I for one will not be disappointed, as I will be too busy dancing.

Recent New Order albums were more guitar orientated, and suffered as a result. Instead with this album we have the joy of New Order, Drum Programming, Sequencers, Keyboards, Bernard singing catchy vocals over the top and Dance Orientated.

Peter Hook may refer to the present line up as "New Odour" but this album has the sweet smell of success, and here we come to the Elephant in the Room.

During the first three plays of this album, in the spaces where I expected to hear melodic bass lines, there was nothing but spaces. I actually started imagining the Hook Lines (excuse the pun) in my mind, but by the fourth play it was clear they would never be coming.

Tom Chapman the current New Order bass player must be in a Rock and a Hard place. On established New Order songs he has to replicate the bass lines of Peter Hook. If he then used the same style on this New Album, it could be levelled against him that he was nothing but a fraud, a carbon copy of Hook but without the gravitas or history to replace one of the most enigmatic bass players that that we have ever seen and heard, in one of most Iconic Bands of all time. Instead Tom has decided to play his own game, not anybody else's.

The bass lines are there, but they are no longer the focal point of the songs. Lower in the mix than before, unless of course you go back to the album which famously Peter Hook slated with the words "what do you call a New Order album without bass lines", answer "Republic".

I first saw this band in Feb 1981, before anyone had heard of a single New Order song. Being a New Order Fan for nearly 35 years, I can say they have in equal measure, given my some of the greatest musical highlights of my life, and some of the worst.

So many times I have thought the game was up, especially during the many fall outs, splits and come back albums.  This album shows that New Order are still a viable band and unlike so many other bands who were good for two albums only, this band are still producing songs that really matter, 35 years into their existence. Take a listen to Nothing but a Fool, Superheated, Singularity, Plastic and you will realise that this band are still ahead of the Game. 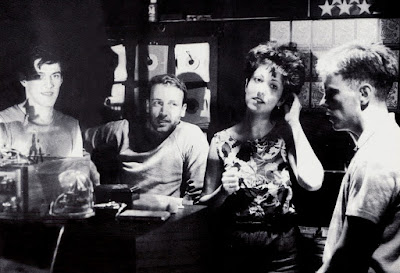