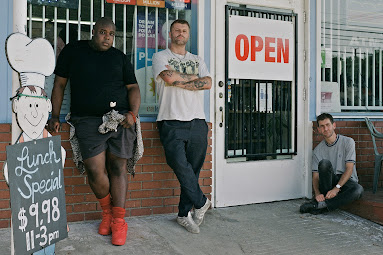 Earlier on in 2021 Paul Weller curated a mix CD titled Into Tomorrow for Mojo magazine. One of the songs was Love and Hate in a Different Time by an artist called Gabriels. It stood out a mile and I played it a lot in the car.

But ... I never checked up on the artist. I just assumed that it was an old soul cut from the late 60's or early 70's, an era that Weller is passionate and knowledgeable about.

In late September sunshine I was driving my Mum and sister to North Berwick and I had the CD on. My sisters ears pricked up as Gabriels played.

Oh it's a song on a Paul Weller compilation, brilliant isn't it?

Emmmm can't remember, the CD cover is in our kitchen!

On the way back we played the song again and Carla sent me a message to remind me to check the song and artist when I got into our kitchen. I did and Carla checked up on Gabriels.

IT WAS RELEASED THIS YEAR! THE EP IS AMAZING

Carla tends to send messages in block capitals when excited!

And then a couple of months later.

GABRIELS IS PLAYING KING TUTS IN APRIL ... CAN YOU GET US TICKETS?!

I could and I did. By this point Love and Hate in a Different Time was our song of the year. The gig is SOLD OUT. Check this dreamy live performance.

Check Gabriels stunning performance for Later to see and hear why and read on for a full introduction to the band. You can also check this short film.

There was a gap of two years to 2020's In Loving Memory, another ballad. Lusk's voice is stunning, whispering his story, the backing vocals are exquisite, the finger snaps really SNAP. The production is sublime.

Love and Hate in a Different Time was released in June this year as an EP, also including the songs Professional, In Loving Memory and their debut single Loyalty.

As mentioned, the title track simply blew me away; the lyrics, arrangement, playing, voice and production. The use of backing vocals, strings, handclaps, effects .... Love and Hate in a Different Time is ridiculously good. Classic, timeless, pure, beautiful, sublime ...

We lost it in the fire

Love and hate in a different time

We lost it in the fire

What I did to make you mine

Professional is gorgeously swoony and dreamy, Lusk's voice is simply heaven sent and again, the strings and arrangement are just incredible. So beautiful. Lusk is backed by fellow angels as the song takes a gentle but lovely twist.

You were supposed to protect me baby

You were supposed to love me 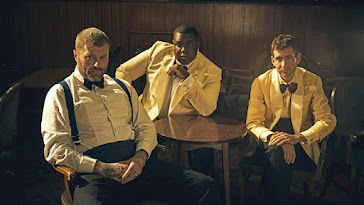 Bloodline, released on 3rd December, is the second EP of the year for Gabriels. The songs continue to display vast riches in terms of writing, performance, vocals, arrangements and production.

Innocence is moody, dark and atmospheric. Stark at times, beautiful strings offer glimmers of hope at others. Lusk sounds wounded, singing ain't love a hypocrite? when he sounds like he already knows the answer.

Lusk sounds more hopeful  Blame, but he also sings of being lost and asking who will catch him when he falls down.

Can't be a slave if I'm already free

Can't be a captive if it's where I wanna be

The highest compliment I can pay Gabriels is that they sound like nothing else going on (that I have heard) at present. It's just sublime

Stranger is quite outstanding. Again, just dripping with soul, aching with hurt, the instrumentation, the arrangements - utter genus. Just before 2-minutes the melody begins to flow...

I wish I would've told you

We had something I never had

I wish that I could hold you

I f**ked up and can't take it back

Dreamy strings usher in Bloodline, there is an old 50's jazz style feeling to the song - vocals and instrumentation. Lusk tells a story of his ancestors, his bloodline, getting poetic by urging people to speak bravely, speak truly, do it with all of your heart. Imploring keep rising, keep shining, 'til the ocean meets the stars, ending by saying don't let it destroy you 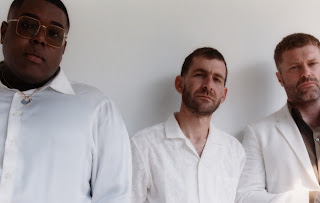 Links to all the songs I have previously featured in my Trust Me series are listed below.
And you can check them all via my Trust Me playlist on Spotify by CLICKING HERE or searching for Everything Flows Trust Me.

1. Something On Your Mind by Karen Dalton
1A. Crimson and Clover by Tommy James and the Shondells
2. I Am, I Said  by Neil Diamond
3. Where's The Playground Susie?   by Glen Campbell
4. If You Could Read My Mind by Gordon Lighfoot
5. Gimme Some Truth by John Lennon
6. Gone With The Wind Is My Love by Rita and the Tiaras
7. In The Year 2525 by Zager and Evans
8. The Music Box by Ruth Copeland
9. The Ship Song by Nick Cave
10. Sometimes by James
11. I Walk The Earth by King Biscuit Time
12. Didn't Know What I Was In For by Better Oblivion Community Centre
13. When My Boy Walks Down The Street by The Magnetic Fields
14. The Man Don't Give A F**k by Super Furry Animals
15. All Flowers In Time Bend Towards The Sun by Jeff Buckley and Liz Fraser
16. Are You Lookin' by The Tymes
17. A Real Hero by College & Electric Youth
18. Feelings Gone by Callum Easter
19. Sunday Morning by The Velvet Underground
20. Did I Say by Teenage Fanclub
21. Don't Look Back by Teenage Fanclub
22. Your Love Is The Place Where I Come From by Teenage Fanclub
23. Belfast by Orbital
24. Clouds by The Jayhawks
25. Dreaming Of You by The Coral
26. Everlasting Love by The Love Affair
27. As Long As I've Got You by The Charmels
28. Shaky Ground by Sneeze
29. Rill Rill by Sleigh Bells