After two years of stop/start/pause due to lockdown and restrictions, a number of new bands/artists are set to hit play in 2022. Some will (understandably) want to hit fast forward!

I love people that turn challenges into opportunities. Music, art and creativity will always find a way. Bands still formed, music was created, songwriters continued to pour their hearts out on to paper and recordings, music fans discovered new acts to fall for.

Here are 5 new/developing Scottish acts that I'm looking forward to checking out through 2022. 3 of the bands formed during lockdown, while Raveloe launched in June 2020. 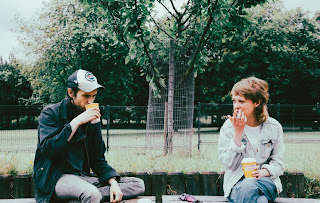 Poster Paints are a lockdown project that became an actual band. Read a little more on their background in this blog from May 2021.

Simon Liddell (Olympic Swimmers and Frightened Rabbit) and Carla J Easton have only played a handful of gigs (where they become a 5-piece with help from friends) to date. Their two singles, Number One and Never Saw It Coming were the perfect soundtrack to summer and autumn, both were positively and widely acclaimed, leading to 3 tour dates with Teenage Fanclub and their own headline show at The Poetry Club. Their album is now finished, mixed, mastered and mesmerising. It's beautifully melodic and dreamy. Hopefully it will come out this year.

In the meantime, they (hopefully) kick off 2022 with dates at Sneaky Petes (10/02) and Nice n Sleazys (11/02), before (fingers crossed) playing with Belle & Sebastian at Motherwell Concert Hall later in the month. 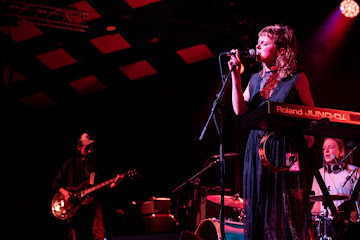 Poster Paints My Song live at the Assembly Rooms
Number One 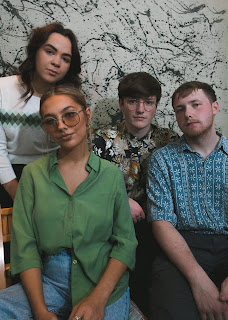 Spyres sound great on record and really come into their own live, so being able to get out and gig is going to be really important to them. I think they'll win fans wherever they play and building momentum through singles and/or EP's will take them to the next level in 2022.

Remarkably young, Spyres have time on their side, but I love their attitude - they don't want to wait. They have the energy of Hole and the melodies of Fleetwood Mac with glorious duelling guitars and two lead singers. Although think Wolf Alice and Alvvays for more modern influences. 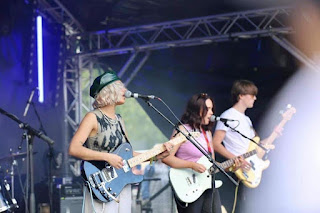 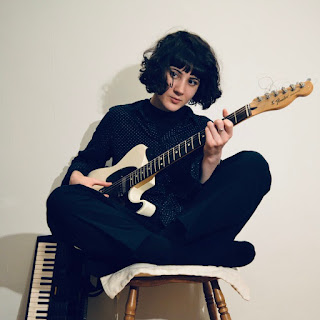 Signed to Olive Grove Records, Raveloe is Kim Grant, a young and very talented singer songwriter who really started to attract attention through the release of her single Catkins in late 2021. There was a lovely soulfulness to Catkins, raw guitar paired with beautiful strings and Grant sounding like she has really found her voice. Look out for more releases through 2022 to keep the momentum going. 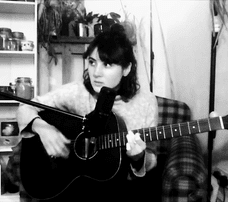 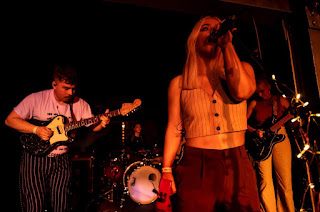 I blogged on Brontes back in the summer of 2021 HERE. I'm very keen to see how they develop through 2022, although it might be 2023 before they really kick on. Look out for a single, potentially in Spring and hopefully lots of live dates.

The band were signed to Last Night From Glasgow on the back of a Crowded Flat session that you can watch below. I watched the session a number of times in the summer of 2021 and it really reminded me how much I was missing getting out to small venues in Glasgow to watch breaking bands. I've still to catch Brontes live, so hope that changes quickly in the new year once we get through this tricky spell we are having with the new COVID variant.  Think punky grooves, a bit of an edge and cool vocals. 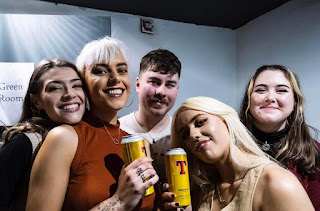 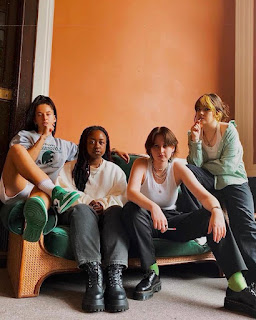 My sister played the Tiny Changes concert at the end of November 2021 and came back raving about this band and urged me to check their singles.

Formed during lockdown, Uninvited have released Diet Cigarette and Tomboy to date. The former has a super infectious guitar riff and gorgeous flowing harmonies; I'm so full of regrets, I haven't been the same since we met. The latter has another flowing chorus full of harmonies. I look forward to seeing them live. They will hopefully be playing King Tuts on 29th January.