I don't tend to blog on albums that often, as when I do, they tend to be in depth pieces that take some time. Indeed, as of March 2021 I had only blogged on 79 albums across the history of my blog.

But I always keep a running list of my favourite albums released through the year saved in a draft blog that I review at the start of December to narrow down to my absolute favourites.

2021 has been a good year for new music and also for re-issues; BMX Bandits My Chain album was released on vinyl for the first time, my sister Carla reissued her Homemade Lemonade album on its 5th anniversary under her own name (previously released as Ette), Trashcan Sinatras I've Seen Everything received loving care in terms of packaging and reviews, and then you had big hitters like The Beach Boys with their magnificent Feel Flows boxset and The Beatles with Get Back - book, boxset and documentary.

Other end of year lists are likely to point me in the direction of albums I've missed through the year. I've also included a few other albums I've enjoyed through 2021 after my top 10 and a list of all my previous albums of the year. 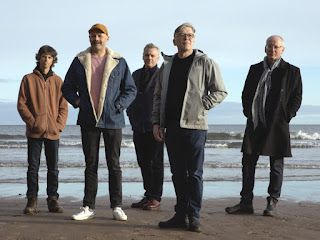 Raymond's Come With Me melted my heart, it might be my favourite song that he has written. While Norman tugged on heartstrings with Back In The Day and the exquisite The Sun Won't Shine On Me.

My first post pandemic shows were Teenage Fanclub in Edinburgh and Glasgow shows. It was so good to see them again and they were brilliant. Roll on SWG3 in April. 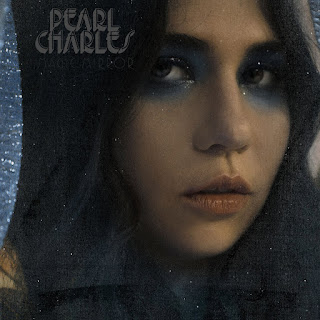 Utterly gorgeous. Echoes of Carole King. Beautiful voice, compelling songwriting. I heard about Pearl Charles in that very 2021 way - through a #timstwitterlisteningparty

Opener Only For Tonight is joyfully upbeat with a chorus that you don't want to end. While Don't Feel Like Myself sounds like something you should have heard before - classic songwriting, beautifully performed. 10-songs, 37-minutes - perfect.

Only For Tonight - video

Independent guitar pop from San Francisco with a passing nod to Glasgow and The Pastels in particular. When I first heard them singing of Autumn leaves leading to the boy/girl vocals both singing the hook lets lay in the sunshine, just you and I my heart burst with joy. Great guitars, melodies and hooks - a sense of love and care pours out of this album.

I fell for this album on first listen, so did many others and the initial pressing sold out really quickly. The second vinyl pressing should be out in February/March. 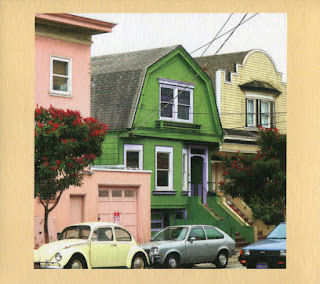 Oh how I love the sound of someone pouring their heart out over fuzzy/chiming electric guitars. I only discovered this album in November while talking music in Monorail. Uncommon Weather was actually released back in April and had I discovered the album then, it may well have been my album of the year.

I hope I never fall in love, all the things you do for love sings Glenn Donaldson, beautifully and soulfully. Also hailing from San Francisco, this is a truly beautiful album. I really hope Donaldson brings it to Scotland sometime.

Don't Ever Pray In The Church On My Street - video

The World Within Our Bedrooms - Drug Store Romeos 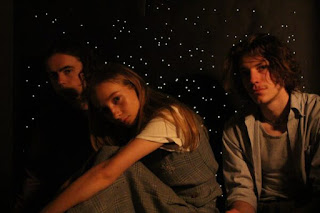 Bedroom dreamy, shoegaze-y, psychedelia with pop melodies. I think I read about this album in The Sunday Times Culture magazine! A far cry from me discovering bands from the NME or Melody Maker!

Anyway, this is a really gorgeous album, the band sound like they are in their own little world and they're inviting us in for 50-minutes. There are lullabies like Cycle of Life and dream pop moments like Frame of Reference. Their melodies are sublime, like they have been dreamt. 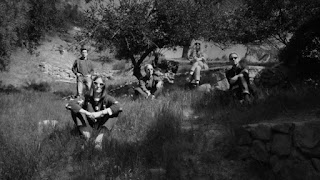 Formerly The Pains Of Being Pure At Heart, in the words of their Bandcamp page, these are 12 deft songs full of late-summer sunlight and deep shadows, pained grins and shared jokes, shy declarations of love and quietly nursed heartbreak.
The same page states - take a little There She Goes By The La's, some If You Need Someone by the Field Mice, the honey-drizzled guitars from The Cure's Friday I'm In Love, a Mary Chain backbeat and you're almost all the way there. Indie pop, jangle pop, power pop - whatever you want to call it.
How can you fail to fall for a description like that? And how pleasing to find it to be accurate!
Bandcamp
I Come Running 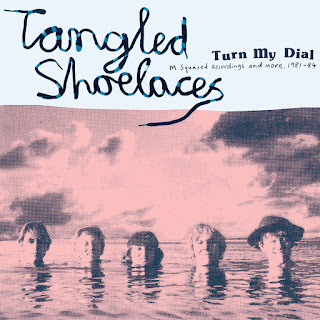 Raw, innocent, pure ... these recordings by a very young Tangled Shoelaces captured my heart. Aw man, Oceans Away is incredible, I love it so much, kind of like New Order by way of Melbourne. I blogged on the album HERE and interviewed Stephen from the band HERE. The best songs on this compilation are among the very best released in 2021.
Oceans Away - video
The Biggest Movie Ever Made - video 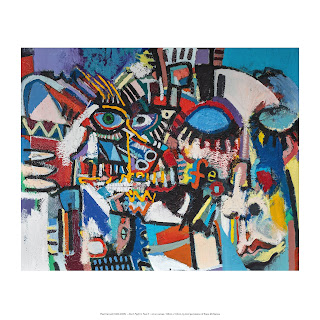 Primal Scream have been in a very reflective mood for a while. Something they would previously have poured scorn on, but looking back kind of suits them. They've earned it after blazing a trail with Screamadelica and XTRMNTR in particular. And also, they're kind of lucky to still be around to reflect after their hedonistic lifestyles. Primal Scream are an important band.
Of course, reflecting on Screamadelica 30-years down the line after the loss of Andy Weatherall must have been hard. His influence is undeniable. But Demodelica really highlights the songwriting going on and the experimentation with new equipment and sounds. While the 12-inch singles showcases that Primal Scream and all their friends created some incredible music that still sounds remarkably fresh, futuristic and vital all these years down the line. I'm including both in this list!
Come Together - video
Don't Fight It, Feel It (Isle of Dogs Home Studio)

This Is How It Starts - TeenCanteen 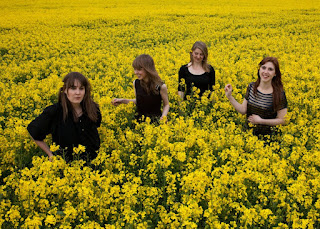 What should have been their debut album. Recorded after a handful of rehearsals over 2 weekends. Under My Covers with Duglas T Stewart is sublime, You're So Analogue is warm, fuzzy and funny and the original version of Friends is equally heartmelting and spine tingling, while the original version of How We Met (Cherry Pie) is a slice of sugary sweet pop perfection.

On a sunny morning

This is how we met

How We Met (Cherry Pie) 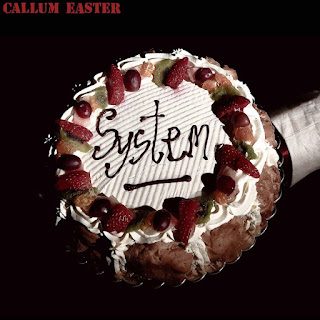 Only released in November, System builds on Easter's Here Or Nowhere debut album. I love the way everything sounds so urgent, it comes across as if it was recorded live, or as if each layer to the songs was recorded in 1st take. Opener What You Think? has Easter in full (almost continuous) flow with a choir backing at times, a thrashy/trashy beat, catchy keyboard riff and it sounds glorious.

Beautiful at times, Lose Sometime is a real favourite, barmy at others, always with energy and soul. There are pop hooks, brilliant use of backing vocals and a scuzzy soulful feel throughout. Can't wait to finally catch Easter live in 2022.

What You Think? - video

And I also enjoyed;

Previous albums of the year