Over the last 18-month or so I have really enjoyed listening to, and following the progress of the band L-space. I admire their creativity, work-rate and having met them a couple of times - I like them as people too! Always a bonus!

Gordon Johnstone is the guitarist and co-leader of the band along with singer Lily Higham. The duo are adventurous with their sound, art and ambition and seem to constantly be creating.

So much so that Gordon has his own side project under the guise of Emi James and he has just released the Social Capital EP.

The EP contains 4 beautiful pieces of music Gordon has composed that are playful, inventive, lush and dreamy. Check it out below - turn off your mind, relax and float downstream.

I thought I would catch up with him and he lets slip about another cool project he has on the go with Lily. Expect to hear more about that in the future!

Thanks to Gordon for his time, he is a fantastic talent to check out and I look forward to hearing much more from him in the future. 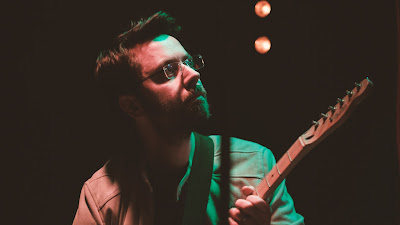 Music seems to be pouring out of L Space. How did your Emi James stuff evolve? What else is on the go?
We like to be prolific! Emi James started because I started writing some neoclassical music, sort of like the end of Float Through Wires on Kipple Arcadia, that didn't really suit the direction the band was going in. I was quite chuffed with it and didn't want it to go to waste, so I thought I'd put it out myself.

The Social Capital EP came out in July and I'm planning another release quite soon; a symphony tentatively called Unmitigated Disaster Strikes Suburbia.


Lily and I are also starting a new electropop project called Post Coal Prom Queen. We have quite a bit of music written and we're planning a trip to film some music videos soon. Basically, we write a ton of music and LNFG (who L-Space are signed to) can't release it all, and the other members of L-Space don't always want to release as much as we do, so we're finding new outlets.

We have some mad ideas for PCPQ - I'm really excited for it to be out there! L-space are working on our next album, due in April 2020, and we're collaborating with a Japanese label for some really cool plans as well, which will hopefully come to fruition soon. 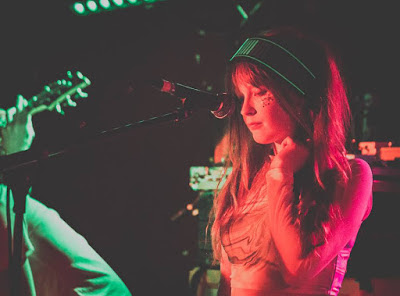 'Lily is absolutely gifted with melodies,
I've learned so much from her'
Gordon Johnstone

Where do you get the time?!
In terms of time, I don't dwell over music. I think music and songs should capture a particular moment and feeling. I'm not one of those people who'll agonise over a handful of songs for years on end. Usually I'll write something in an evening, revisit it the next day, then declare it finished. That helps to keep things moving. The Emi James songs were all written in one sitting.

What inspires you to write?
For the most part, it's sounds. When I find a new sound I like I'll usually start writing straight away with that in mind. Sometimes it doesn't make the final cut, sometimes it's the central focus of the song; I'm never sure how it's going to end up until I realise there's nothing I want to change.

I've also started writing with specific concepts in mind: going for particular feelings or places. That's much harder! I also love knowing that I'm leaving a small artifact on the Earth that will outlive me; that inspires a lot of what I do.

Do you ever get writers block?
Constantly. I can sit at my piano for days on end it's like I have never seen the damn thing before, like it has been dropped there from another dimension and I have no idea how to work it, and then one day it just clicks like a TV suddenly going from static to broadcast.

During the static periods I tend to be quite prolific. Writers block is a horrible feeling - there's always that notion that I've written my last song and I've run out of ideas. Maybe it's the stress and anxiety from that panic that spurs my brain into behaving itself again.

What music are you enjoying at present?
I'm really loving a lot of Japanese electronic music like Charisma.com, Wednesday Campanella and Macaroom. The intonation of the vocals, besides not being in English, is fascinating and makes the music sound so different to Western bands.


I'm also really put off by shite lyrics, so not understanding what's going on is a bonus! I'm also enjoying rediscovering M83 - Before The Dawn Heals Us is a phenomenal album. Philip Glass's Glassworks has been on a lot too, as have Aurora - who is incredible and 65daysofstatic. I also listen to a lot of hip hop:MF DOOM and Run The Jewels are constant fixtures in my house. E1-P's production has always been a huge inspiration to me. The recent Super Inuit EP is also glorious.

What are your future plans under the guise of Emi James?
That's tough to know. I have a symphony planned out that I'll probably release in a few months. Beyond that, I really have no idea. It'll probably be  sporadic as things ramp up with L-space and PCPQ, but having an outlet for my neoclassical tendencies is wonderful. You can expect some sonic aspects of Emi James creeping into both other bands as well. I also have a very loose plan to try and perform some of the tracks live, but that will involve a lot of people.

And lastly, what are your future plans with L-space?
We are nearing the completion of our next album - coming out in April 2020 on vinyl via Last Night From Glasgow. It's a far more immediate in-your-face album than Kipple Arcadia, but it's still undeniably us. I'm incredibly proud of it.

We're also working with a Japanese label on a joint release with one of their artists which we're hugely excited about. We'll be playing shows all over the place as much as we can, especially outwith the central belt and planning the launch shows for April. It's all coming together, slowly but surely. And not even that slowly.